Natal Ready for the Big Stage 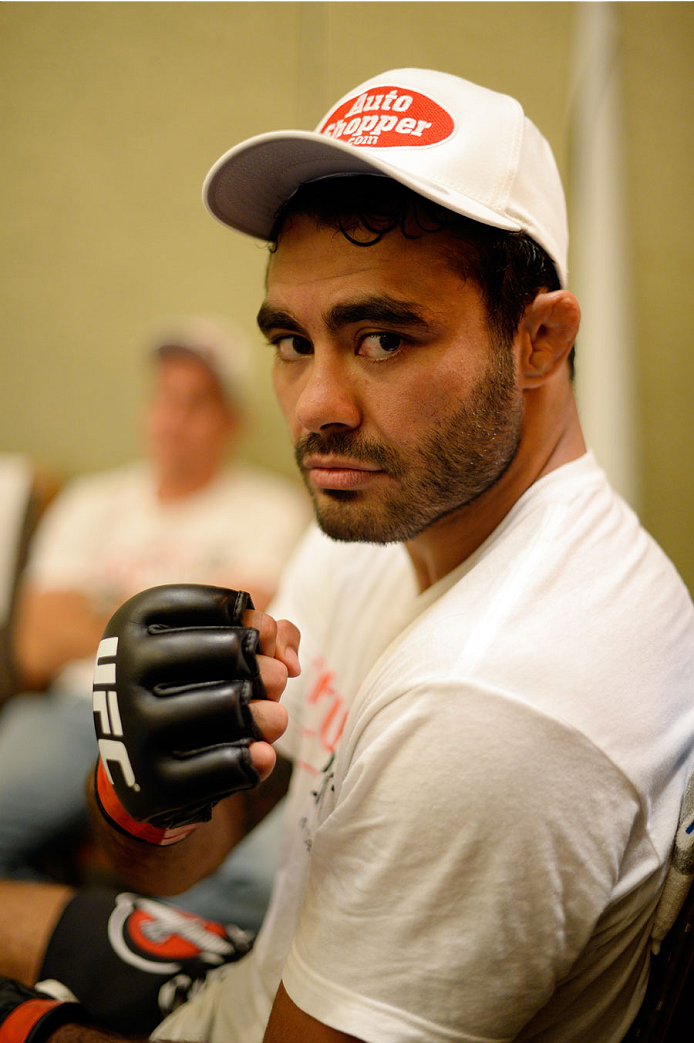 Rafael “Sapo” Natal has been fighting much longer than most of his peers in the middleweight division. Yet, at age 32, he doesn’t boast the high-profile many of his peers do, even though he’s heading into his 13th fight for the organization against Uriah Hall at UFC 187 on Saturday.

“I don’t worry about that,” he says. “The job I chose for my life is training, not so much fighting. I get to go to the gym every day. I’m teaching jiu-jitsu at Renzo Gracie’s school, and I get to see all my friends and beat them up.”

On any given day at Renzo Gracie Academy, over a hundred men and women roll on mats in the midtown Manhattan facility, from beginners to world champions, and every day trainers John Danaher and Natal, among others, are at the head of the classes, demonstrating techniques and then supervising the practice.

Sporting an omnipresent smile, Natal is a fixture at the academy, and is sought often by students of all ranks for his patience and willingness to teach jiu-jitsu to anyone and everyone. For some of those students, it’s strange to see the gentle professor inside the Octagon going full bear on his opponents.

“Fighting is my job, I have to hurt my friends in training, and unfortunately I have to hurt Uriah on fight night, but I have no animosity for any of my opponents,” he said. “Uriah is a nice guy and he doesn’t like to hurt people either. But he’s going to try to knock me out, so I have to do that to him before he does that to me.”

“Every day I have to travel all over, but it’s good,” he said. “This is a great opportunity for me. Uriah has a lot of fans and people know him from The Ultimate Fighter, so it’s my chance to show the world what I can do. It’s a huge show with two title fights, so many people will be watching. I’m good. I can’t wait to get in there.”

Natal has headlined one card in the UFC, a 2013 Fight for the Troops event against Tim Kennedy that ended by way of knockout, and while the loss still stings, “Sapo” says he learned a lot from that fight.

“I was doing really well in that fight and he got a good punch in,” he said. “But my coaches were happy with my performance even though I lost. Sometimes it happens that way, but I had to build myself back up for this opportunity.”

Building back up means back-to-back wins against Chris Camozzi last September and Tom Watson in January. A win against Hall will likely garner a top ten opponent for Natal, and he says he can’t wait until he gets ranked in the UFC, but he’s not looking past the devastating striker who can hurt his opponents seemingly by accident.

In Hall’s last fight, it was an elbow that sent Ron Stallings to the hospital for stitches after the doctor stopped the fight, and of course there was that picture perfect spinning hook kick that knocked Adam Cella out cold on the TUF show.

Natal says he has a lot of respect for that power, but also that he has more tools to get the job done this weekend.

“I’ve improved my stand-up - my boxing with Mark Henry and my Muay Thai with Phil Nurse,” he said. “My stand-up is good, so I’m not worried too much about his stand-up, but of course I have to be careful. People underestimate his ground game. He’s actually really good in his jiu-jitsu but of course he’s not as good as me. There are very few fighters in my weight class that match my jiu-jitsu. I feel like this is my time.”