Despite A Last-Second Change Of Opponent, Nassourdine Imavov Is Locked In For His First Main Event At UFC Fight Night: Strickland vs Imavov
By Thomas Gerbasi, on Twitter: @TGerbasi • Jan. 10, 2023

Nassourdine Imavov came a long way from France to Las Vegas to get into a fistfight, and for a couple hours earlier this week, the middleweight contender didn’t have one, as Kelvin Gastelum was forced out of their Saturday main event due to injury.

“I was a little bit sad when I got the news that Gastelum was out,” said Imavov. “I spent two hours without knowing who's the next opponent.”

Or if he’d even get one, because when you’re a Top 15 contender in a main event, it’s tough to get a suitable foe on less than a week’s notice. 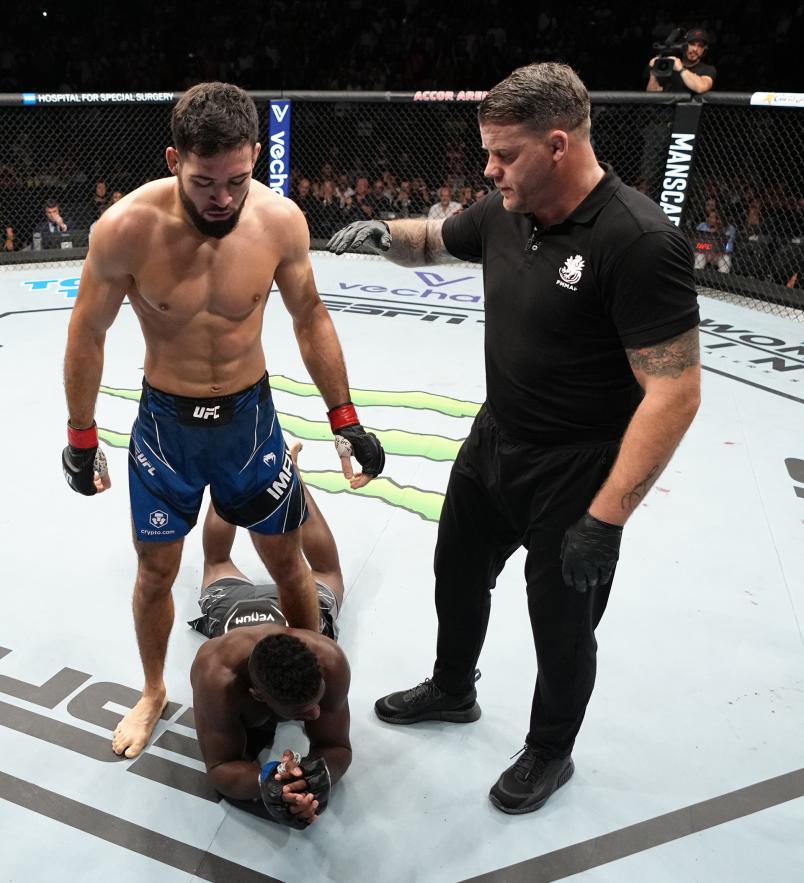 Nassourdine Imavov of Russia stands over Joaquin Buckley after the first round of their middleweight fight during the UFC Fight Night event at The Accor Arena on September 03, 2022 in Paris, France. (Photo by Jeff Bottari/Zuffa LLC)

Enter the anytime, anywhere guy of Las Vegas, Sean Strickland, who was coming off five rounds with Jared Cannonier in December, but was willing to go a possible 25 minutes with Imavov this weekend, albeit at 205, not 185 pounds.

All of the above was welcome news to the ears of Imavov.

“When I had the confirmation that it was Strickland, everything went good,” said the France-based Russian, who now has the chance to move further up the ladder should he beat the higher-ranked Strickland at the UFC APEX.

“When the fight is finished, I will be ranked better than if I fought with Gastelum, so I am very grateful for that,” said the number 12-ranked Imavov of squaring off with the number seven-ranked Strickland, who will be looking to snap a two-fight losing streak that has seen him drop fights to current middleweight champion Alex Pereira and Cannonier. Before that, the veteran standout won six in a row, so he’s not a fighter on the slide. In fact, Imavov believes a win will not only improve his ranking, but possibly be a good omen for eventually winning the title.

“Pereira got a belt after knocking out Strickland,” Imavov laughed. “If that's the way, let's go.” 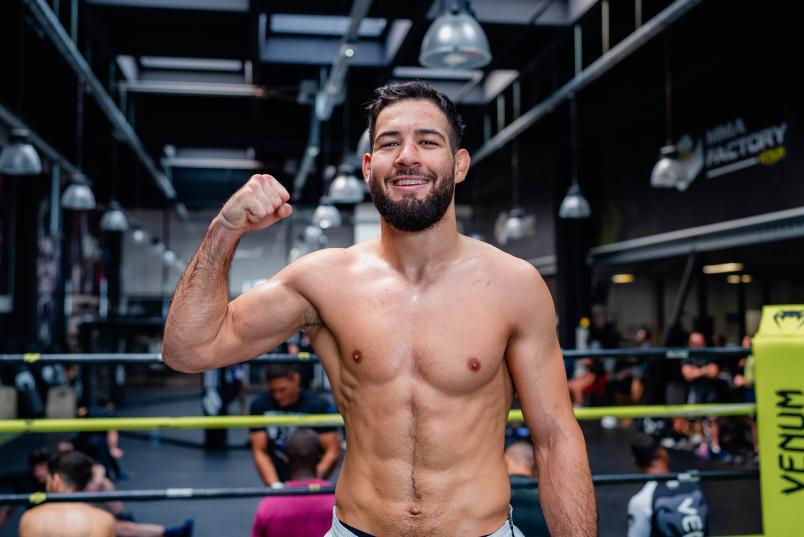 With the way the 27-year-old has performed since arriving in the UFC in 2020, he may not need any coincidences to make it to the top of the division. Winner of four of his five trips to the Octagon thus far, Imavov bounced back from a close decision loss to Phil Hawes in 2021 to stop Ian Heinisch and Edmen Shahbazyan and decision Joaquin Buckley. In other words, he’s the real deal, and he’s earned this main event to kick off the year for himself and the UFC.

As for the difficulties Strickland presents, Imavov is only worried about one thing.

“He's got a big mouth,” he smiled. “I think I just have to be careful of what he's saying, the words that he's using, the big mouth, that's it.”