Nasrat Haqparast believes that the lessons he's learned have set him up for great success at UFC Fight Night: Edwards Vs Muhammad
By Gavin Porter, On Twitter @PorterUFCNews • Mar. 11, 2021

On January 18, 2020, a surging Nasrat Haqparast stepped into the Octagon to face Drew Dober. The 24-year-old prospect was riding a three-fight win streak and was a big performance away from earning a shot at a ranked opponent.

But occasionally, the gravity of the moment can get to a fighter and force them to stray from what got them to that point.

Haqparast learned that the hard way.

Haqparast would go on to be knocked out by Dober just over a minute into their UFC 246 bout, halting all the progress that he had built in the previous 15 months. It was a major wake up call for the German, who chose to take the loss as a chance to make changes rather than excuses. 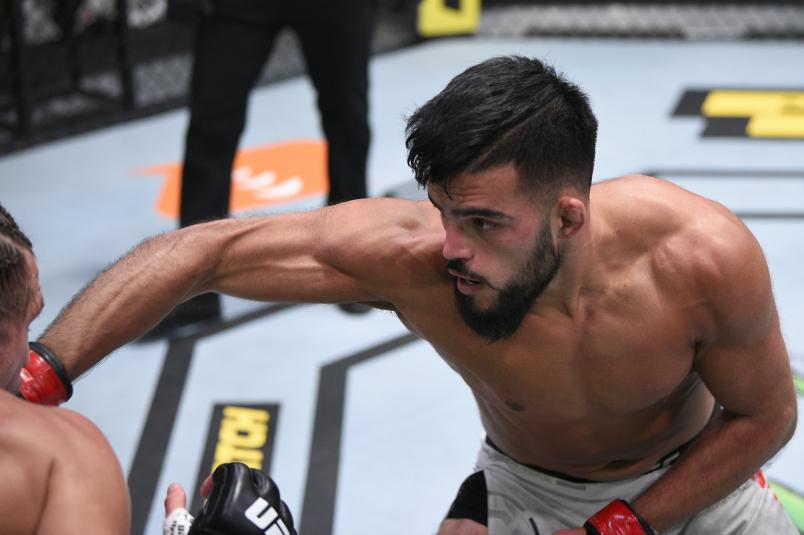 “You need these experiences sometimes. Better to have these experiences earlier in my career rather than later in my career,” Haqparast told UFC.com while reflecting on his fight with Dober. “Now I’m 25 years old. It was better to do it when I was 24 years old against Dober and it’s better than doing it in five or six years and I never learned this. It’s better to have it now and learn it the hard way for the future.”

The Tristar product took that lesson and applied it to his fight with Team Alpha Male’s Alex Munoz. Haqparast knew that the UFC newcomer, who is also Alpha Male’s head wrestling coach, would approach the bout with a wrestling-heavy game plan.

But Haqparast remembered how he rushed into his bout with Dober, and he took his time against Munhoz. The result was 15 minutes of calculated success, something that Naqparast was seeking.

MORE UFC Vegas 21: Fight By Fight Preview | Fighters On The Rise | For Charles Jourdain, It's Never Over | Significant Stats

“My last performance was just safe. I just need to be patient, cold blooded and calculated; take my time and everything else will fall into place. When I fought Drew Dober one year ago, I learned a lot from that fight,” Haqparast said. “I just went in and I rushed; there was no need for that, and I learned big lessons from that. I think I changed a lot since that day and in my last fight against [Alex] Munoz I tried to show it and I think I did. On Saturday I’m going to try to repeat that.” 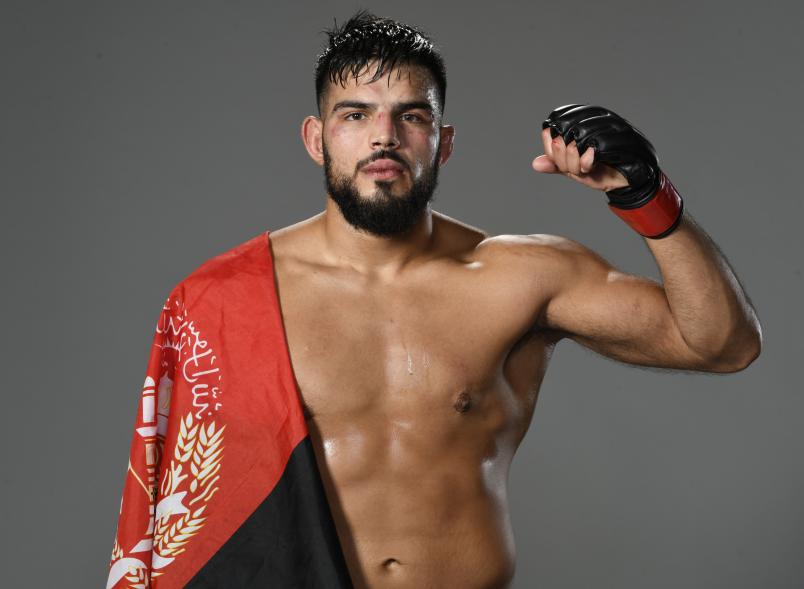 Nasrat Haqparast of Germany poses for a portrait after his victory during the UFC Fight Night event at UFC APEX on August 08, 2020 in Las Vegas, Nevada. (Photo by Mike Roach/Zuffa LLC)

On Saturday Haqparast faces Rafa Garcia, who stepped in for Don Madge earlier this week. It’s a big fight for both lightweight prospects but in different ways. It's the type of fight that Haqparast can use to showcase that he is levels above a newcomer like Garcia and also the type of fight where Garcia can make a name off of Haqparast.

It's a dangerous fight, but it's one that Haqparast is ready for.

Haqparast knows that his opponent has nothing to lose and truthfully, it creates a similar feeling to the one that he had before his loss to Dober. This time, however, he knows how to handle the moment.

“I just go in with 15 minutes of my best performance and I know it’s going to be enough for a win and that’s how I look at it.”