Naoyuki Kotani: Running Down a Dream 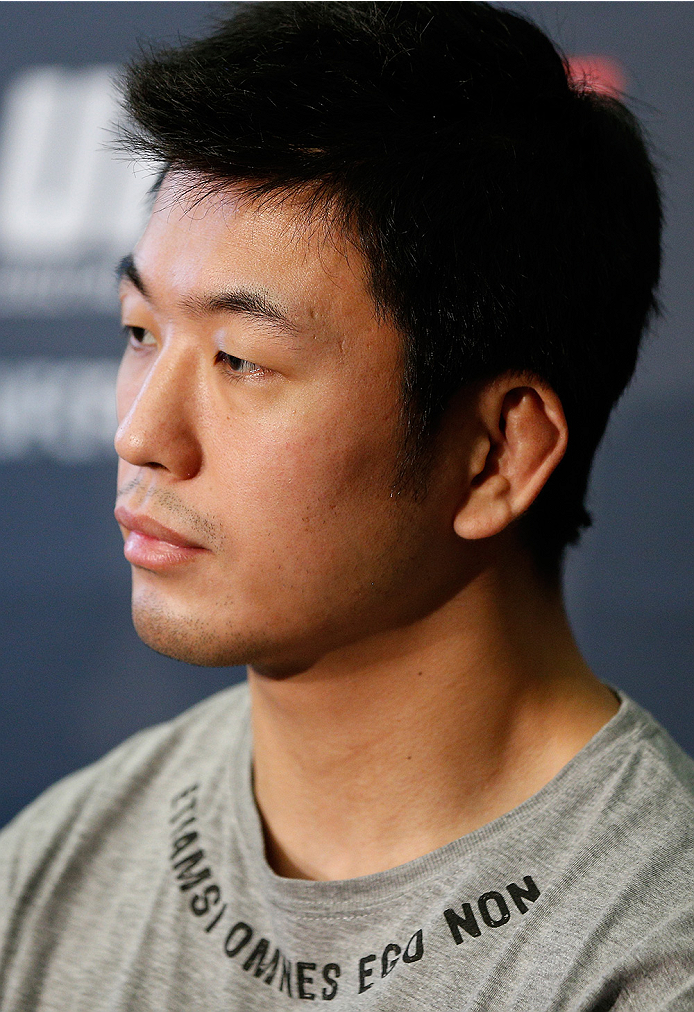 The desire to fight has been a part of the Japanese culture for centuries, with a long history of proud warriors being produced. Perseverance is another recognizable trait among competitors emerging from the Land of the Rising Sun, as the “win at all costs” mentality most commonly found around the sport of mixed martial arts sits behind the education that can be found in accepting shortcomings.

Although Naoyuki Kotani has experienced all ends of the spectrum during his 15 years in the fight game, his current situation has his fires of determination raging. After years spent working toward an opportunity to compete under the UFC banner, the Team ZST / Rodeo Style representative finally earned that call in late 2007. He was slated to face German striker Dennis Siver at UFC 75, and after suffering a TKO stoppage in the second round of the tilt, Kotani drifted out of the spotlight of the biggest stage in MMA and returned to competing on the Japanese scene.

It would take nearly seven years before the seasoned veteran would get the opportunity to once again compete inside the Octagon, but thus far he’s failed to show his best. After struggling in back-to-back showings, the Kanagawa native will be looking to get his long-awaited first victory under the bright lights when he squares off with Kajan Johnson at UFC Fight Night: Nelson vs. Barnett on Saturday night in Saitama, Japan.

“First of all, I want to thank the UFC organization for giving me another chance although I lost the last two fights,” Kotani said. “I am very grateful to receive an offer again and also very pleased that this chance was given as a fight in Japan. The results of those last two fights were disappointing, but I believe the experience enables me to compete with a variety of styles.

“I feel this fight with Kajan will add to my confidence to continue to pursue my career. I have been training at The Arena in the U.S., so I am well prepared and I am confident that I can win this fight as long as I can bring out what I have learned in the States.”

Kotani is fully aware of the circumstances that have his back pressed firmly against the wall, and knowing that his chance for redemption will come in front of thousands of his countrymen has the lightweight grappling technician on a different level of inspiration. He will be looking to prove he belongs once and for all against The Ultimate Fighter alum, and the time for education has passed where Kotani is concerned.

It’s going to be all or nothing once the Octagon door closes on Saturday, and he plans to put on a show that represents the power of Japanese MMA.

“The event is also live broadcasted,” Kotani said. “I have an opportunity to show my ability to many people. I feel motivated rather than being pressured. In addition, it is held in Japan so I think that I can step into the Octagon more calmly than in overseas events because I compete in an environment that I’m familiar with.

“I am excited to be fighting in Japan again because they respect our performance regardless of results. They know when to become excited or when to wait and see the progress of the fight. They can support and create an environment where fighters can concentrate on a fight. It is also an opportunity to show my ability to many people, especially to many of my friends.”

In addition to the urgency of the moment Kotani is facing at the current juncture of his career, another storyline he’s deeply interested in is the resurgence of MMA in his home country. Where the sport was once a huge attraction in Japan that attracted global attention and produced a myriad of talented fighters, one of the hottest markets in the world fell quiet at the end of the last decade.

That said, the UFC has made a strong push in recent years by bringing a multitude of events back to Japan. The movement has served to reignite the nation’s passion for MMA, and Kotani holds a tremendous amount of pride in being able to help write the current chapter with his fellow countrymen and women.

“The history of Japanese MMA is long, but I feel that it doesn’t get attention from the public like it used to,” Kotani said. “I am honored that I can participate in such a big event and I hope that this event leads to another rise in popularity for Japanese MMA.”

While Kotani is committed to helping the larger issue surrounding the sport he loves in the country he calls home, his first order of business will be to defeat Johnson on Saturday night. The Tristar fighter has proven to be a scrappy competitor during his brief time under the UFC banner, and he accomplished the one thing Kotani has been chasing for nearly a decade by getting his hand raised inside the Octagon at UFC Fight Night: Edgar vs. Faber back in May.

And even though Kotani’s motivations and ambitions are fierce, he’s not looking beyond the challenges Johnson will present when things go live.

“Kajan can fight both standing and on the ground, but I think that he is not too difficult to compete against,” Kotani said. “I feel confident with my ground technique so I have a chance to win if I can take him to the ground. I’m going to have my concentration at its peak as I step into the cage and I will keep thinking about my victory.”