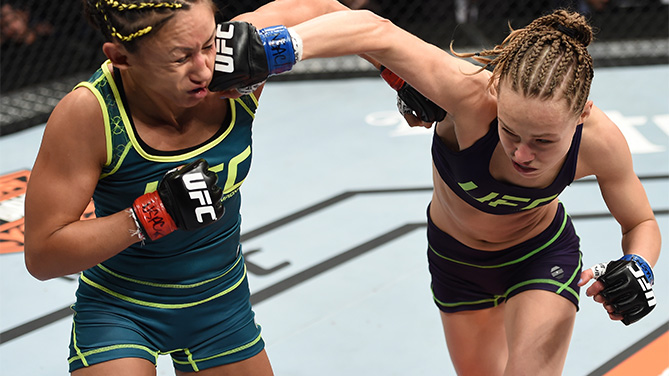 The TV cameras are no longer in her face, and that’s fine with Rose Namajunas. Her focus now is Saturday night and a successful return to the Octagon, not a reality show.

“If you have whatever your favorite food is -- pizza, ice cream -- every day, after a while you get bored with it,” Namajunas said. “You’ve got to step away and miss it. I’m truly grateful to be here at the MGM Grand. Only so many people can say they’ve performed here, so it’s exciting.”

Namajunas (3-2), the UFC’s No. 4 strawweight contender, took time off after filming ended. She went on a vacation with her boyfriend, did some self-reflecting, then got back to training. 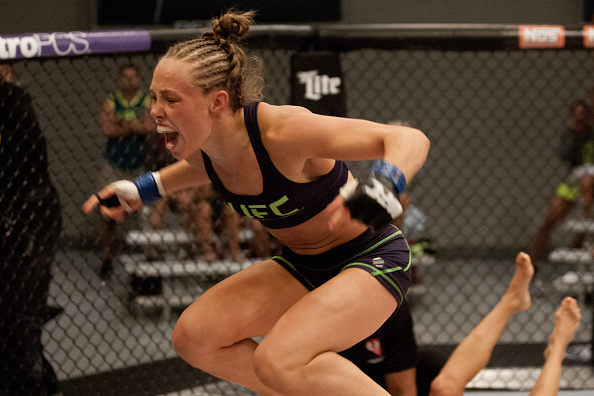 There are differences between preparing for a fight on The Ultimate Fighter and training for a prelim bout, she said. For one, there isn’t much attention being paid to her this week, not with two title matches on the main card.

She also isn’t experiencing the demands facing fighters like Anthony Johnson, Daniel Cormier, Chris Weidman and Vitor Belfort. While those four have taken care of media and fan obligations, Namajunas has trained quietly.

She definitely knows the difference.

“This is not just a regular fight, obviously,” she said. “But for a regular UFC fight, you focus on that. You look at your strengths and weaknesses and train for that. When you’re dealing with The Ultimate Fighter finale, and you’re in the finale and going for the belt, when it gets aired, it already happened. You’re dealing with the adrenalin dump of everybody finding out. 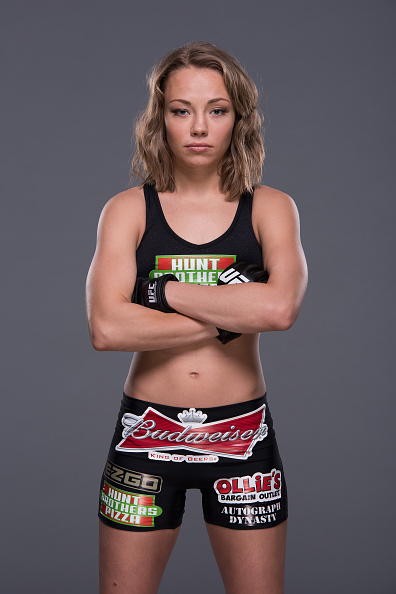 In front of her is Ansaroff (6-4), who lost her UFC debut to Juliana Lima in November.

But Namajunas has dropped two in a row, so she needs a win to prevent a freefall in a stacked division.

“I hadn’t heard of her before this fight got offered, but I looked her up, watched her videos and found out she’s fought some good people,” Namajunas said. “She’s very experienced. She’s definitely a quality opponent with very little hype around her.

“She’s dangerous, but I’ve got the perfect recipe to beat her.” 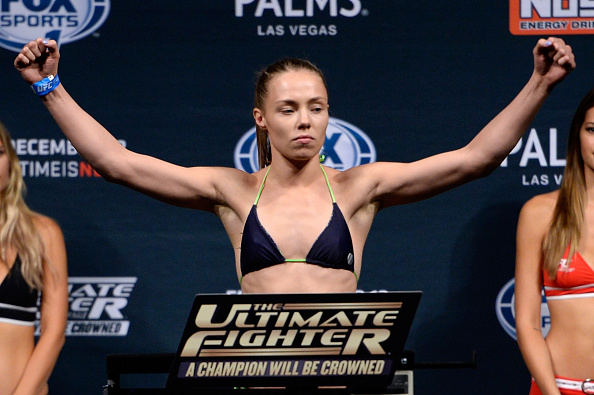 Namajunas won’t look past Saturday night, but she watched new strawweight champ Joanna Jedrzejczyk knock out Esparza at UFC 185, and wouldn’t mind her own shot at the title. But she has to beat Ansaroff first.

That makes the fight her primary focus.

“It’s the most important thing in my life at this point,” Namajunas said. “I’m not looking forward, I’m not looking backward, I’m just looking right in this moment and making sure every step of the way I’m doing what I’ve got to do.

“I haven’t even thought about my family back at home, not once. Normally, I’m homesick for my dogs or whatever, my comfort zone. But I haven’t thought about it.”