“I felt like I performed well in the last fight and I proved my point.
I’m really excited to get this opportunity now to fight a former world
champion.” - Nam Phan 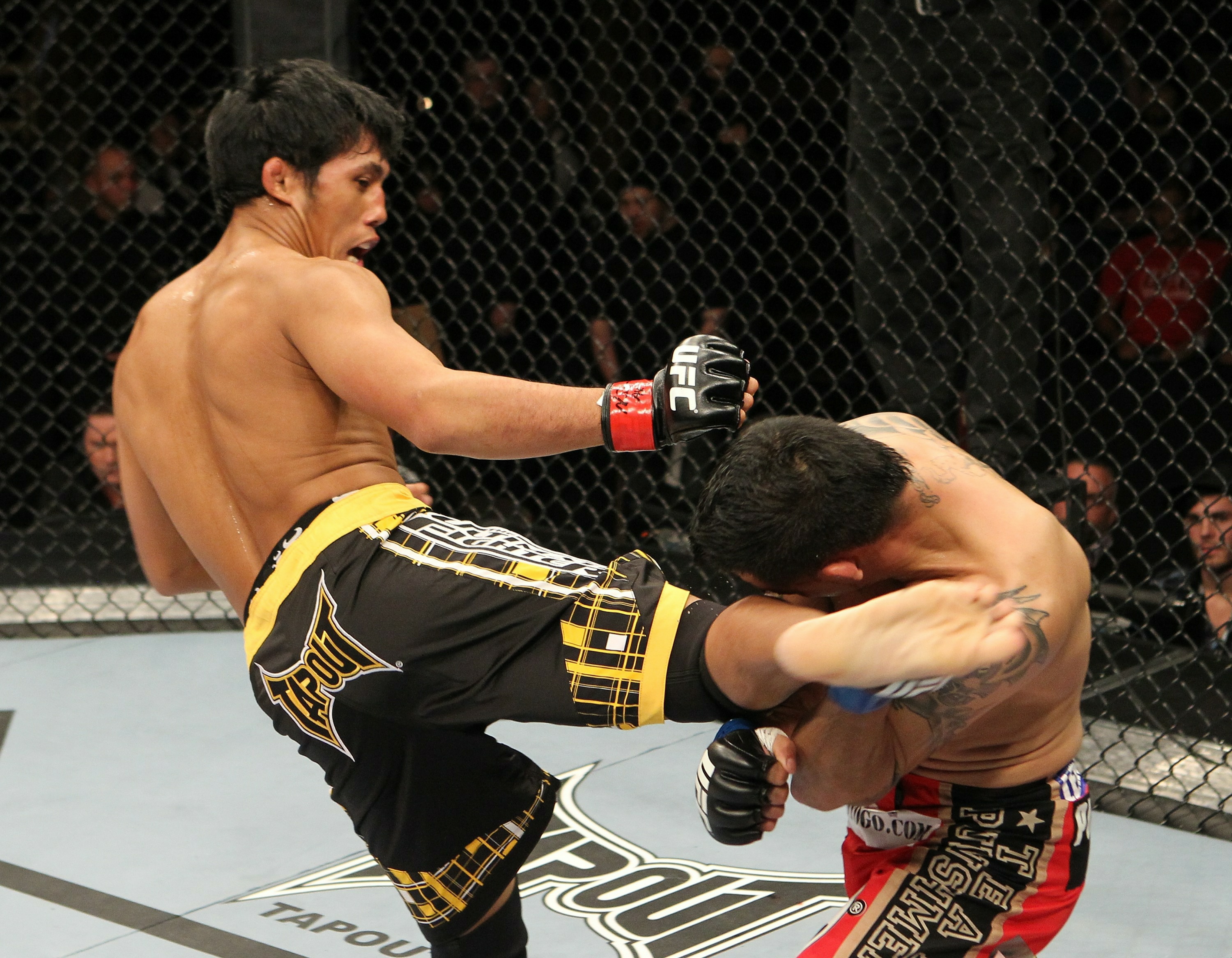 Any loss hurts, but when Nam Phan dropped his UFC debut via highly-controversial split decision to Leonard Garcia last December, it was the kind of defeat that could break an ordinary fighter, making him lose focus while souring him on a game that he’s dedicated his life to.

But Phan is no ordinary fighter. 10 years into his pro career, he knows that not everything goes your way all the time. And when it doesn’t, if you don’t move on, you do yourself a disservice that will further affect your win-loss record.

“I think back sometimes and maybe I could have done this or that a little better to sway the judges more my way, but it is what it is, and you’ve got to let it go or else it will haunt you,” said Phan, who also saw a rematch with Garcia fall by the wayside when he broke his foot and was forced out of a March 2011 bout.

Maybe it was meant to be though, and while the cliché is that things happen for a reason, in Phan’s case, they have, with apparent dead ends turning into new opportunities. It doesn’t hurt that the first generation Vietnamese-American also has the stubborn determination to keep going where others may have decided to walk away. And that’s precisely the story he wants to get out there.

“I’m not your typical American,” said the 28-year old from Orange County, California. “I come from Vietnamese roots, and there weren’t that many Asian role models like athletes or actors to look up to and to follow.”

In a situation like that, there isn’t much of a middle ground. You either heed your family’s advice to go to school or you get lost in the shuffle and move on to more dangerous pursuits.

“As a kid growing up, there was a lot of gang influence, a lot of criminal activity, and I was a pretty good kid but some of my close friends took the wrong route and are in a lot of trouble now,” said Phan. “I feel like if we had that type of role model, someone to look up to who said ‘hey, don’t do that,’ maybe things would be a little bit different. Not to say it’s the answer to all our problems, but if you could have changed one kid’s life, I think it would have been worth it.”

Phan’s journey was unique, and he found his calling in martial arts. It addition, his grandparents were there to keep him in line should he stray.

“My grandparents are very traditional Vietnamese and they were very, very strict, so they would whip my butt when I got in trouble,” he laughs. “But martial arts kept me off the wrong path and kept me focused.”

And as he got good, eventually earning black belts in Brazilian Jiu-Jitsu and karate, his goals not only included taking his passion into the professional ranks, but being the example to his community that he never had.

“The basic equation for a typical Asian-American family was ‘you gotta go to school, get a degree and become a success. Become a doctor or a lawyer and make a lot of money and have a good family.’ And if you didn’t go to school or you dropped out, you were a loser. And a lot of times, people don’t always go to school because they can’t handle the pressure and they become gangsters or drug dealers. I wanted to be a role model figure, and I want to be that person to let other Asian-American kids know that there’s another outlet. I encourage going to school, but I want them to know that if you have a dream and work towards it, dreams can come true.”

It wasn’t always a dream run in world of pro MMA, but it had its moments. Phan kicked off his pro career in 2001 with a first round TKO of Jason Maxwell, and after going 5-2 in his first seven fights, he ran off a seven fight winning streak during 2005-06 and was expected to be part of The Ultimate Fighter season five cast. But then an offer came in from Strikeforce, and he took it. It turned out to be a costly move as he lost both of his fights in the organization to Josh Thomson and Billy Evangelista.

By 2009, he was fighting in Japan for Sengoku, but came back to the States after a TKO loss to Michihiro Omigawa. Back home, things got worse when he was halted by prospect Isaac DeJesus, but after bouncing back with a win over journeyman Rodney Rhoden in April of last year, fate came a knockin’ once again.

“I was trying to redeem myself,” he said of his early 2010 outlook on fighting. “One of my students was supposed to be on The Ultimate Fighter season 12, and then the producer said why don’t I give it a try as well. So I did, and it was perfect because now I had a school, and mixed martial arts is a lot bigger now than it was back then. So everything fell into place just right.”

On season 12 of TUF, Phan showed a veteran’s poise and talent, and was a split decision loss to Michael Johnson away from making it to the finals. Then came the Garcia fight, and while crushed at the time, he still received his win bonus and a Fight of the Night award, softening the blow somewhat. More importantly, he knew he was going to be brought back, and on August 6th, that return comes against former WEC featherweight champion Mike Brown.

“He’s a champion and a gentleman in and outside of the cage,” said Phan of Brown. “He’s someone that I look up to and that I have a lot of respect for.”

So no disappointment about not getting the Garcia rematch?

“I didn’t care,” he said. “I felt like I performed well in the last fight and I proved my point. I’m really excited to get this opportunity now to fight a former world champion.”

That response shows you just what it means to be a veteran. Enjoy what you have and don’t worry about what you don’t. Deal with what’s on the table right now, and not what could have been or might be. That’s Nam Phan 2011.

“Sometimes you have to take a step back and think about why you got into it,” he said. “I do it because I love it and I enjoy it. You have to make sure you’re having fun, and when you enjoy it, there’s less pressure on you, and then you perform better. And the people can see that you’re having fun, and I think they appreciate that. And my goal right now is to do the best I can for as many years as I’ve got left.”

He also wouldn’t mind making a positive impression on Philadelphia fight fans on August 6th as he engages in his first east coast bout.

“It’s a Rocky movie,” he smiles, referring to Philly’s most famous, albeit fictional, pugilist. “I’m the underdog, so expect a high punch count and expect bombs.”