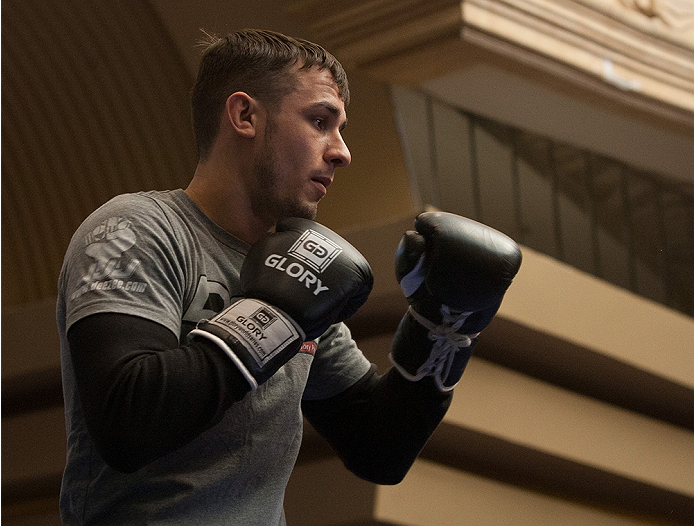 Myles Jury didn’t fall out of the sky and into the co-main event of UFC 182 this Saturday in Las Vegas, but he has taken a low-key road to the upper reaches of the lightweight division. To some, that’s no surprise, as he’s no trash talker, no noise maker, and not one to spend more time on Twitter than in the gym.

But to others, they wonder how two runs on The Ultimate Fighter and a spotless pro record that includes six UFC wins hasn’t put Jury on the doorstep of a big fight like this earlier. He’s thought the same thing, but only in passing.
> Watch: Myles Jury vs. Chris Saunders 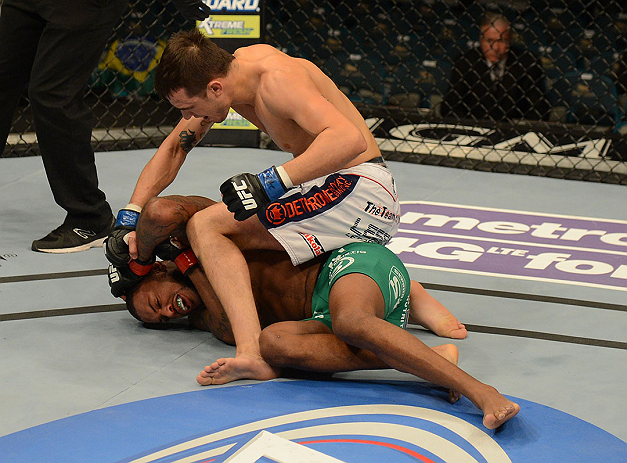 “There would be days where I’d be like ‘man, I wonder if this is ever gonna pick up and I can get closer to my goals and dreams?’’ Jury admits. “But timing is everything in this sport, and I wanted to be patient and give myself time to grow as an athlete and as a fighter, and I really don’t think you become champion overnight. I think it’s something you build into, and that’s what I’ve been trying to do – give myself time to get better and better because when I get put into these opportunities like I am now, I wanted to be ready. I’m readier than I’ll ever be in my life, so I’m just looking forward to it and looking to go out there and compete.”

This should be no surprise if you’ve followed the career of the Hazel Park, Michigan native for any length of time. At 26, he’s got a cool about him that’s impressive. He doesn’t appear to get rattled by anything, whether it’s waiting for a big fight, getting that fight on the biggest stage in the sport, or fighting one of the best in the world in Cerrone. Of course, you can look at him and say that anyone can say the right things, but his actions speak a lot louder, and if you saw him in Japan last September, you would have seen that he is as cool under pressure as he appears.

In the famed Saitama Super Arena, Jury faced Japanese icon Takanori Gomi in the arena where “The Fireball Kid” had some of his greatest fights, and he went in and knocked him out. It was the first time anyone did that to Gomi, and to do it in Japan was doubly impressive. But to Jury, it was just another night at the office.

“I just keep my motivation pure,” he said when asked how he breathes easy in the eye of a storm that arrives on his doorstep every few months. “I got in this sport a while ago, just loving martial arts and loving to train, and wanting to compete and test myself against some of the best guys in the world. When stuff gets tough in my career, I just stay grateful for the opportunities that I’m presented with, and just have faith.”

So Cerrone doesn’t scare Jury, neither do the bright lights of Las Vegas, and certainly not the horde of media taking down his every word over the last couple months. Ask him about this being the biggest fight of his career, and he’ll say it is, but that it really hasn’t changed his life that much.
> Watch: Countdown to UFC 182 - Cerrone vs. Jury 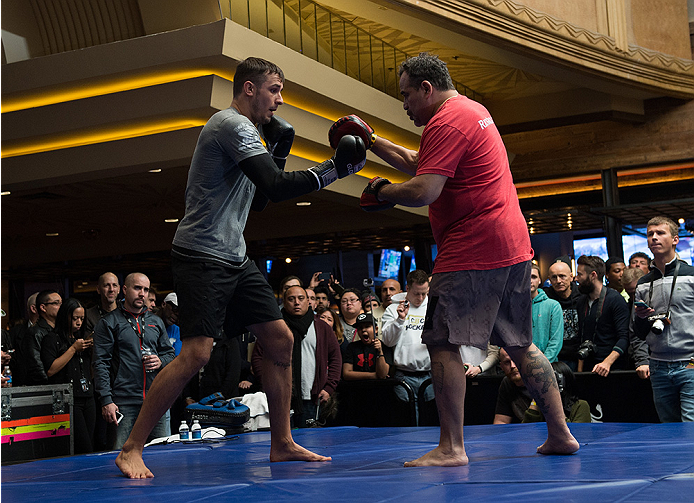 “Honestly, training wise it doesn’t – I’m just training as hard as I ever have, but from a business standpoint, it is the biggest fight of my career,” Jury explains. “Donald Cerrone’s the biggest name that I’ve fought so far, he’s ranked the highest, so on paper, it’s definitely the biggest. Basically, I’m just a little bit busier than I’ve ever been. But it’s all good stuff. It’s making my name bigger, making my brand bigger, so it’s all good. I’m doing a lot more interviews, a lot more media stuff, and I definitely have to make a lot more room for my career.”

Nearly three years into his UFC run, Jury is ranked eighth in the world at 155 pounds, Cerrone sits at number four, and the winner of this fight has to be considered to be one more win away from a shot at champion Anthony Pettis. But oddsmakers have installed Jury as the underdog, and the lion’s share of attention has gone toward the always quotable “Cowboy.” If that bothers Jury, he’s not showing it, and while Cerrone has had early difficulties in plenty of his fights, including his last two against Jim Miller and Eddie Alvarez, Jury isn’t showing his hand when it comes to that topic either.

“I don’t like predicting fights or counting on anything like that,” he said. “I always train for the worst case scenario and it being a back and forth tough fight. But obviously, if I get a chance to take advantage at the beginning of the fight, it would be awesome to end it early.”
> Watch: Three Things with Myles Jury

Jury laughs, knowing that he won't go down any quotable roads he doesn’t want to travel. He’s a young man in control of his life and his career, and the way he looks at things, everything is coming together just when it’s supposed to in 2015.

“I’m not Nostradamus, I can’t predict the future,” he laughs. “But I always bring it, and I’m looking forward to going out there and showcasing my skills, as always.”