My Favorite Fight: Mitrione on Hardy/Lytle

Heavyweight knockout artist Matt Mitrione looks to get back on track against Sunderland, England's submission specialist Phil De Fries on April 6th at UFC on FUEL TV in Stockholm, Sweden. As he prepares for this weekend, Mitrione looks back on one of his favorite UFC fights, which featured his friend and mentor riding off into retirement triumphantly with a main event win and two bonus checks: Chris Lytle vs. Dan Hardy at UFC Live on August 14th, 2011. 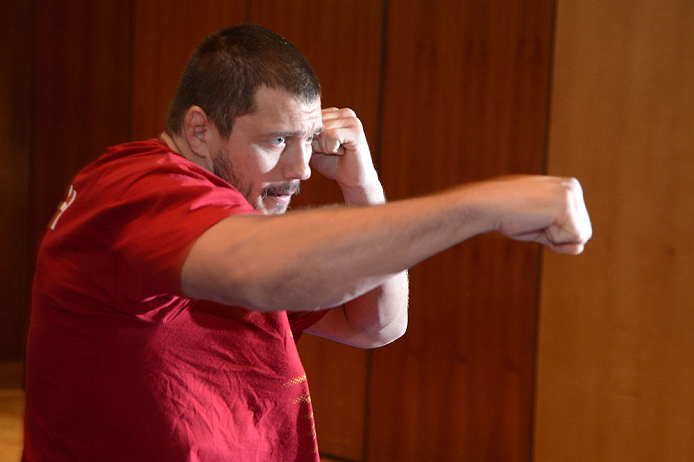 One of my favorite fights I've ever seen is the Chris Lytle/Dan Hardy fight. It was Chris' last fight and they pretty much had an agreement that they weren't going to go to the ground. They were just going to stand up and let them fly. Click here to watch the fight

It was really emotional and nerve-wracking. They were both trading off really well. It was an exciting fight in the stand-up. I was in the crowd and after every round, I would go and talk to Chris' wife and kids like, "Chris won that round. That was a good round," just letting them know that everything is good.

That fight was damn near perfect. They're throwing leather, they're throwing shins, whatever else. That really could be a trademark fight for the UFC. Everyone is an expert in their craft. You have to be well-rounded in
everything. Dan's a great striker, his wrestling is getting better, and
his submission defense is getting better, but it's not up to snuff with
Chris. 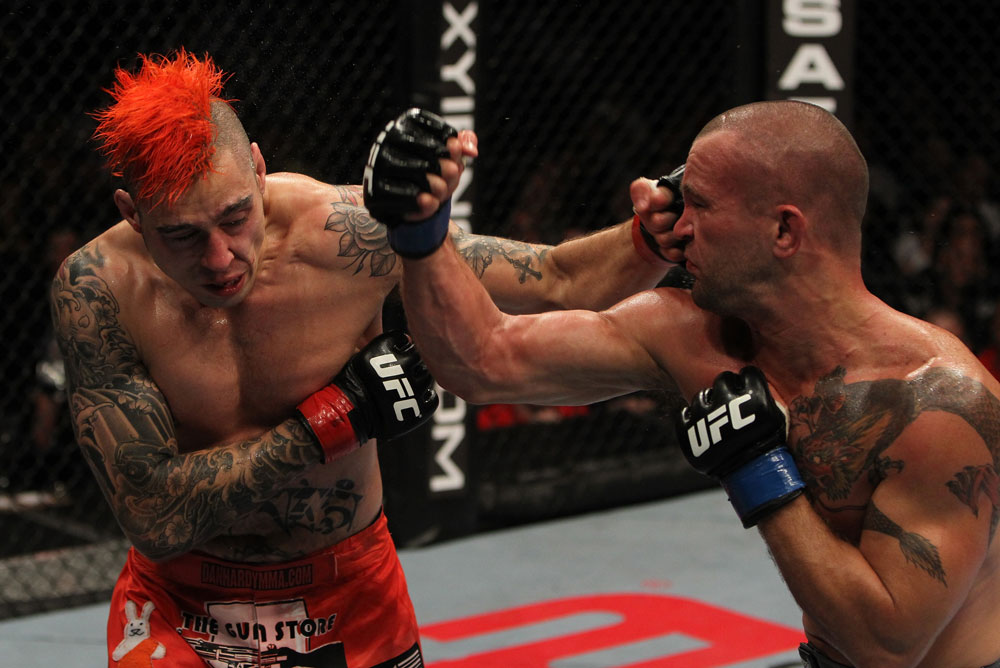 Dan shoots for a takedown, it gets stuffed, he goes for another takedown, and he gets submitted out of it. There's a good transition where I believe Chris had a bottom guillotine and swept and went on top with a guillotine, where Chris is belly-down, and that's his signature. It was exciting. Dan left himself open in this one situation and Chris capitalized on it. A submission finish to end Chris' historic career  -- it was incredible to watch him go out like that.

Chris has an exceptional ground game. For them to have that gentleman's
agreement - not to go to the ground and to stand up and bang - and then for Dan to shoot on him because he
didn't want to stand with him anymore? And for Chris to submit him with
his signature submission? It couldn't be any better. He was so happy
with it.

Chris is my mentor, so it was really cool to watch that. When Chris won it was awesome. The crowd was ecstatic. It's like hitting a grand slam in a world series and retiring after it. A home run would be only be the one bonus -- like how John Elway retired in his last game. It was one of the best retirements of all time in sports, a storybook ending. 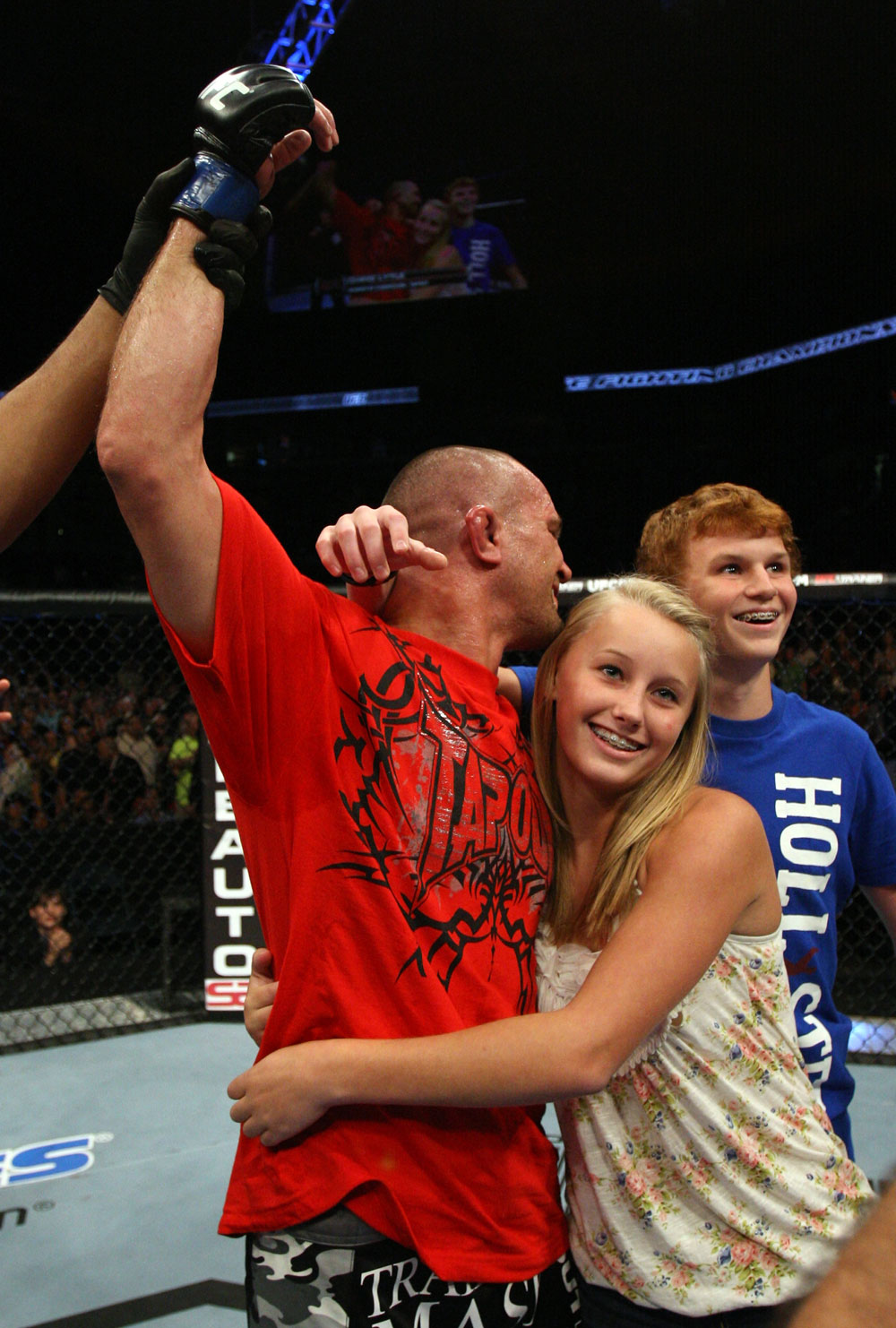 Chris is really humble, so he never really talks about it, But we
have a gym back home in Indianapolis and we have that image of Herb Dean
raising Chris' hand after that fight in a mural up on a wall. So it's
in that mural that he sees every time he goes to the gym and we all see
it. It's something that we pay tribute to Chris with. Chris has
really big shoes to fill. He's had 80 some odd fights in MMA and
boxing, never been knocked out or submitted.

I met Chris the first day I started training in December 2008. As a human being he's so forthcoming with information and time, whether it is time with his kids or time checking up on me when I'm training away from home now, He's not just a fight mentor, he's just a great friend. My personal life, my kids, my relationship with my parents - we talk about everything. We talk about things like my post-fight career and what my transition is going to be like. We talk about everything. Chris has been a major part of my life.