My Favorite Fight: Kaufman on Penn/Sanchez

On Saturday night at UFC 166, former Strikeforce champion Sarah Kaufman
will finally step into the Octagon against Jessica Eye. As the Victoria,
British Columbia bantamweight prepares for battle, she looks back at one of her favorite fights of all time: BJ Penn's lightweight title defense at UFC 107. 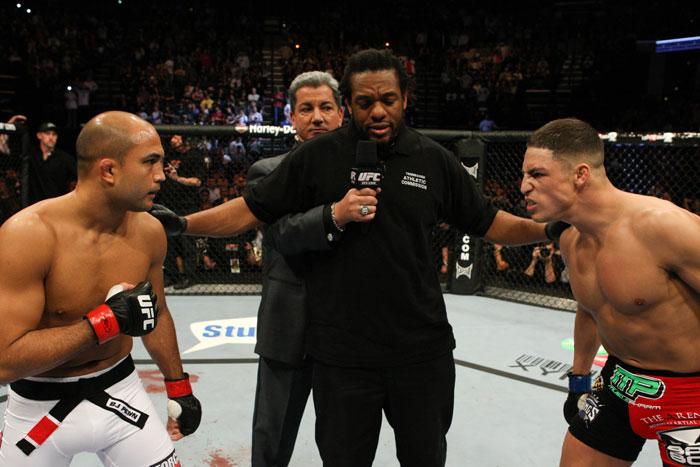 I am a huge BJ Penn fan and I love watching him fight. I thought his
fight with Sean Sherk was beautiful, but I think the fight with Sanchez
really sticks out most in my mind. He just looked phenomenal and it was
such a great fight to sit down and watch.

Click here to watch Penn vs. Sanchez free through 10/22

I was at my coach’s house with the rest of my team. We would always get together, watch all the fights and analyze them piece by piece. A lot of us on the team are huge BJ Penn fans and Diego Sanchez was one of the members of Greg Jackson’s team. That fight got better and better as the rounds went on. How Penn finished Diego was just so exciting. 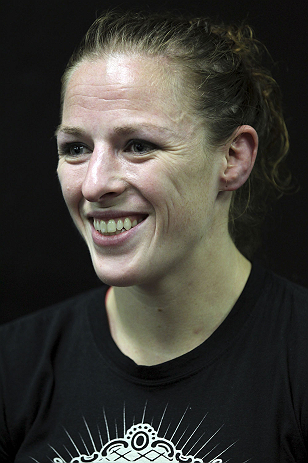 Though Penn vs. Sanchez is one of my favorite fights of all time, the first moment that got me hooked on MMA featured Bas Rutten. I didn’t really know too much about MMA and hadn't thought about fighting yet. It was 2004 or 2005 and I had really gotten into training.

Bas Rutten had gotten his nose broken in one of the rounds and his nose was on the other side of his face. There was blood everywhere. The referee asked him if he wanted to stop the fight but he continued. That moment to me made me understand the sport of mixed martial arts. Even though he was mangled, he was still in the moment and continued the fight. It made me say  to myself 'This sport is awesome!'

I loved training and ended up fighting after that. That moment really sticks out in my mind as what a fighter truly is: just going in and doing your job and loving what you’re doing.

Taking it In
After that, being a new fan, I tried to watch the events as much as I could. At the time they didn't have cards every few weeks like they do now, they were every couple of months.T here was always anticipation and buildup about the fights coming up and the accessibility was so limited.

I probably looked like a creep. I needed to see what was happening and I needed to watch the evolution of the fighters. If they lost or if they were coming back or if they started out as a boxer and were changing up their style--it was amazing to view the progression that people make and it was encouraging to know that you can be known for one thing and develop such a great skill set in other areas.