My Favorite Fight: Hardy on Pulver/Penn I

UFC welterweight Dan Hardy walks us through one of his favorite fights as a fan. 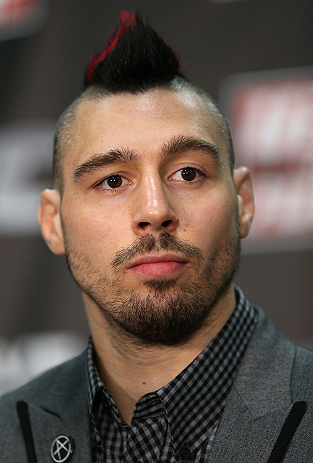 My favorite fight has to be Jens Pulver vs. BJ Penn at UFC 35. Click to watch the fight

I was a fan of Jens Pulver. He was the fighter I really used to watch a lot of when I first started out. The first fight I saw of him was against John Lewis at UFC 28. He knocked him out with a big overhand left. I was a fan from that point on.

And obviously BJ Penn is more well-known now then he was at UFC 35. BJ had hair at the time, so that’s how long ago that fight was. Both guys were on top of their game.

Future Legends
Jens Pulver was the champion and BJ Penn was the contender. Everybody thought BJ was going to come in and win pretty comfortably but Jens Pulver stepped up his game in that fight – it was a great performance by both of them.

The fight was special to me because it was so evenly matched. They both had great boxing and ground game. For me it was one of those big steps forward in MMA where you could tell that the sport was evolving and everyone was becoming a more well-rounded fighter.

The armbar at the end of the second or third round is a moment in the fight that really stood out to me. BJ had Jens in a pretty much completely locked out armbar, right on the bone. There was a bit of debate whether Jens tapped or not. 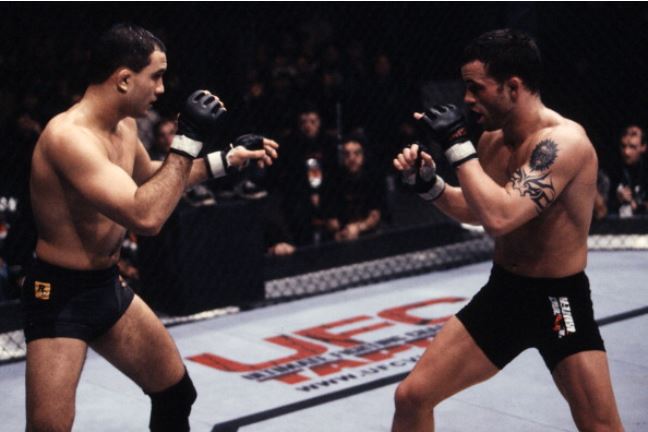 When I first saw this fight, I was still very much a kickboxer trying to learn grappling. The fight was in 2002, two years before I had my first pro fight. I first watched the fight by myself on the internet in my room in the
UK. After I watched the fight, I
immediately went out and bought the DVD.


The Underdog
There was no arrogance with Jens. He worked hard and he was so
happy that he was successful. I always rooted for him because no matter
what, he was the underdog -- even when he was the champion.

I’ve met Jens a
couple of times and he is he nicest guy you could ever meet. He
had a real rough run where he lost six in a row a while back. I lost four in a
row and that was really rough so I can relate. I’m still a Jens fan
because he always shows up to fight and perform.