UFC heavyweight Brendan “The Hybrid” Schaub talks about his
favorite fight as a UFC fan. See Brendan’s next bout inside the Octagon against Lavar Johnson on the FX
prelims of UFC on FOX 5, taking place Saturday December 8th. 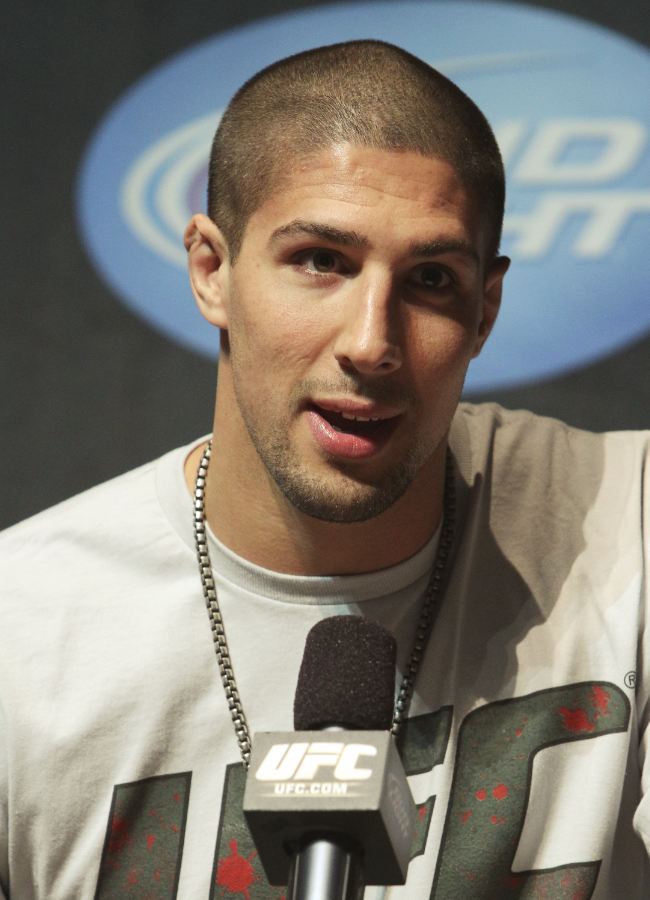 When I think about my favorite fight, honestly, Georges St-Pierre vs. Carlos Condit, because I just watched it. It was an amazing fight – just so good. I saw UFC 154 with friends and family at my house in Denver, where I’m doing my training camp for my fight in a few weeks.

It was cool because GSP came off that long layoff and a lot of people doubted him, including people I know in the industry. People were saying “His time is up man, I don’t think he can do it anymore” and “What about ring rust?” They were really talking a lot of smack.

Carlos was so game, too. His face was all bloody and he was clapping at the crowd. He was awesome. And then he almost knocked Georges out. He almost gave me a heart attack! When I get nervous I don’t talk, I just sit there. It’s really weird. So I got really quiet and couldn’t talk then I would just clap when Georges did something good.  Carlos really just gave it 110% and I think he earned a lot of people’s respect that night -- he for sure earned my respect.

From Fan to Friend 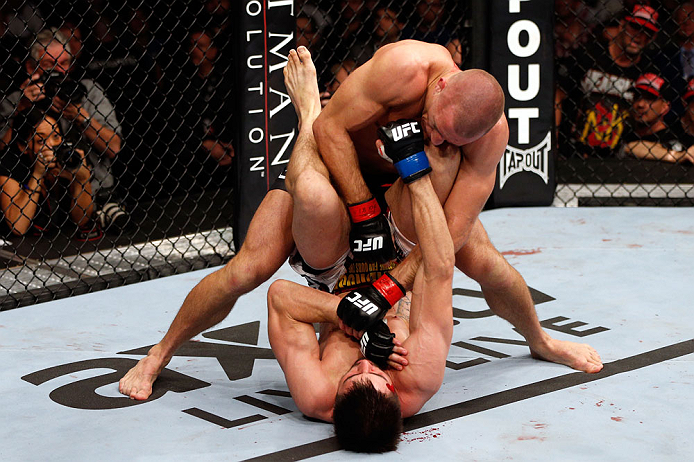 When GSP came out to California for his rehab we did strength and conditioning at the same place together. I’ve been up to Tristar in Montreal a few times and he has been out to Denver to train a number of times as well.

It’s always great when you can watch one of your friends get a big,
important win. Georges is not only a friend to me, but he is also
someone I try to model myself after. Georges is the blueprint to be a
multiple-time champ in the UFC and I learn a lot from Georges every time
I’m around him.

The biggest thing I've learned from Georges is that it’s about grinding
and getting better but it’s also about getting rest. You go hard and
then when you rest it’s just as important as your training. I now mimic
is the way Georges structures his camps. He has it down to a science, so
now I do my camps the exact same way he does.

Because of my friendship with Georges and the circumstances of such a long layoff, watching his performance and his domination at UFC 154 was really cool. And I liked Georges’ pre-fight cartwheels, too. I might try some of them myself!