I have two favorite fights: One is Mark Coleman vs. Don Frye at UFC 10, plus Frank Shamrock vs. Tito Ortiz I at UFC 40. 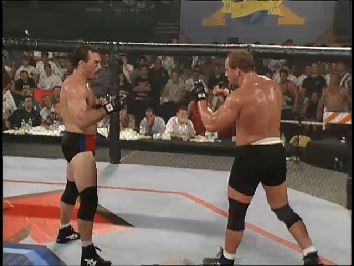 I rented UFC 10 on VHS because a friend had told me about real tournament fighting, kind of like the movie Bloodsport. I was already a fan of college wrestling. I remember I was at a Blockbuster and saw UFC 10, so I rented it and got hooked.

When I saw that fight I became a huge fan of the sport and Mark Coleman. I didn't know anything about him when I watched, just that Don Frye was the big favorite. I thought it was something amazing -- two people competing at that level was unreal at the time. Click to watch Coleman vs. Frye

The sport wasn’t that popular at the time but I started watching with groups of friends and it was amazing for us. We talked about those fights for days after watching them and we still
reference them all the time -- especially when we're talking about how this sport has evolved so fast.

After UFC 31, we started doing Muay Thai and
BJJ by ourselves, and then we joined Gracie Barra Academy for real training
with certified instructors for BJJ. We never miss a UFC event or, at the
time, PRIDE, King of the Cage, Strikeforce etc., etc. 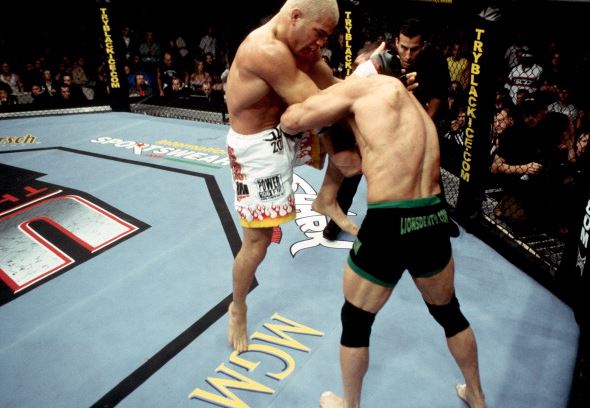 I watched the Shamrock vs Ortiz fight at a friend’s house on Pay-Per-View with a bunch of friends. The atmosphere was awesome and everybody was amazed! I was a big fan of Frank Shamrock, it was the first time I was nervous about a UFC fight. It was a nail-biter. I just remember how Ortiz fought adversity to retain his title after three rounds. Click to watch Ortiz vs. Shamrock

When we saw Ortiz vs Shamrock , that was when we noticed that the sport was changed for good. Conditioning and being well-rounded were the future of MMA.

I was in Atlanta for
UFC 145: Jones vs Evans and it was surreal for me --  that after all that time, I was
finally at a UFC event.