Filled with elite MMA talent, the UFC welterweight division has one of the hardest paths to the top.

With longtime veterans like Jorge Masvidal and Stephen Thompson falling just inside the top-10, rising stars must string together consistently impressive performances before getting a number by their name.

Muslim Salikhov has done just that. Quietly finding himself on a five-fight win streak, Salikhov has constantly been improving and delivering entertaining performances since his first UFC win in 2018. 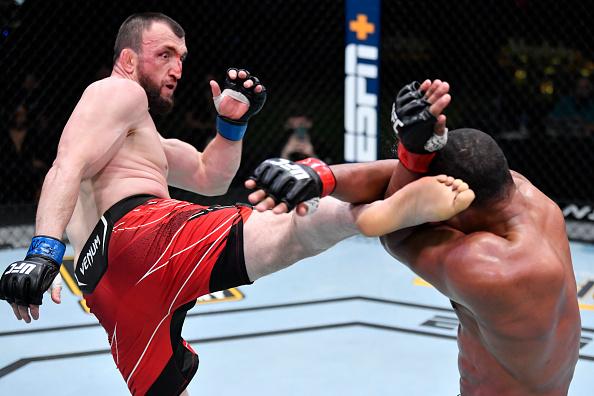 Muslim Salikhov of Russia kicks Francisco Trinaldo of Brazil in a welterweight fight during the UFC Fight Night event at UFC APEX on June 05, 2021 in Las Vegas, Nevada. (Photo by Jeff Bottari/Zuffa LLC)

“Welterweight division [is] really tough,” Salikhov said. “From [my] first fight [in UFC] it was really difficult for me. After first fight I understand I should work more, work harder. Every single fight I feel it’s most important fight for me.”

As entertaining as his fights are, there seems to be so few of them. Only fighting once, twice at the most, a year, Salikhov doesn’t stay in the mainstream spotlight as much as other fighters. But that’s given him an opportunity to hone in on his skills in training and become one of the brightest prospects in the division.

“I feel great,” Salikhov said. “I feel that I’m ready and you will see I’m in good shape and I’m going to show a very good, beautiful fight for MMA fans. I know a lot of people are waiting for this fight, so I’m ready.” 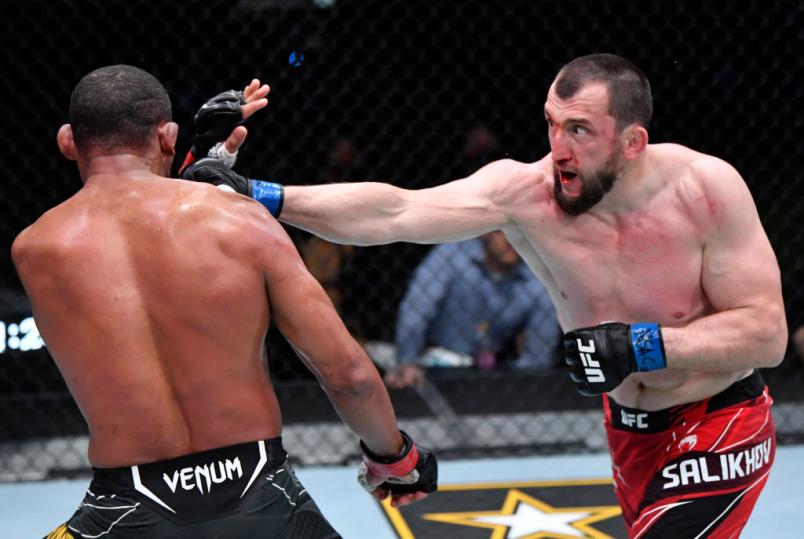 The “King of Kung Fu” challenges No. 11 Li Jingliang in the featured bout at UFC Fight Night: Ortega vs Rodriguez, where a win can put his name on the map as he approaches the welterweight rankings.

Both fighters have a similar style on the feet. With a diversity of strikes in their arsenal, often thrown with fight-ending intentions, Salikhov may need to put himself in harm’s way to land the perfect strike to close the show early. 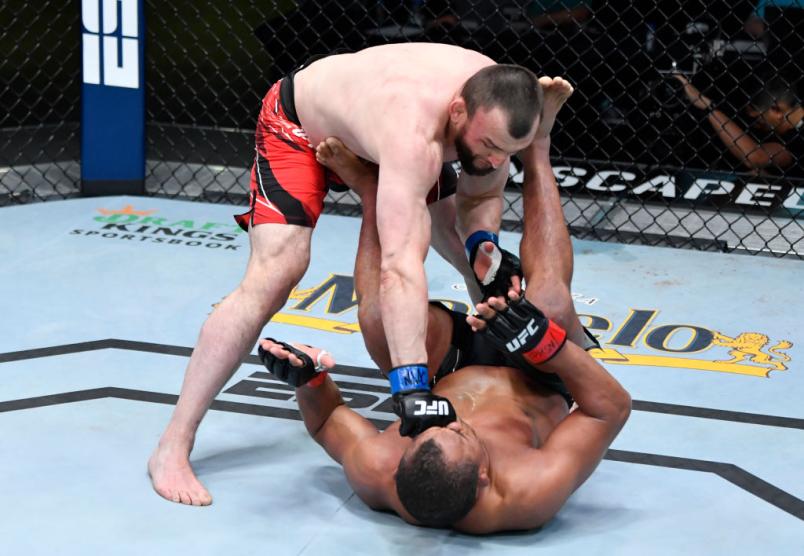 Before recording an impressive 18-2 professional mixed marital arts record, the “King of Kung Fu” was a dominant World Champion in Sanda, earning five gold medals between 2005 and 2015. Entering the UFC with that type of pedigree in one discipline typically forces opponents to avoid fighting you in that area.

But Li isn’t one to scurry away from a challenge. Yet, he almost welcomes it. Smiling throughout most of his fights, even when taking damage, Li is a showman in the Octagon and can entice his opponents to enter battles with him and throw technique out the window. But come fight night, Salikhov will be the calmest man in the arena.

“I have not thought about this, but I think, yeah, he is going to do this stuff,” Salikhov said. “He will try to trick me maybe, make me little bit nervous, but I do not care about this. I am not nervous, I’m in good shape, I understand that I can beat him anywhere.

“I’m going to shine this fight. I’m going to do a lot of spinning stuff; it’s going to be beautiful.” 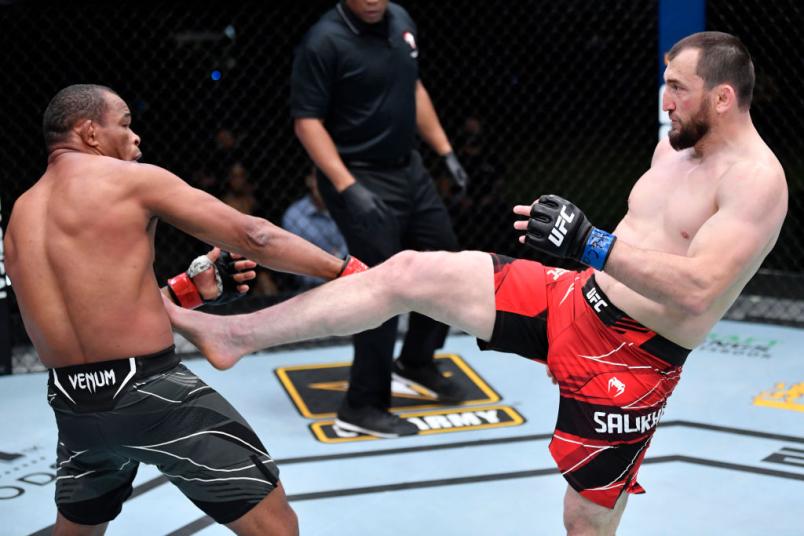 Li is coming off a defeat to the surging contender Khamzat Chimaev, who has since defeated former title challenger Gilbert Burns. Although Chimaev’s grappling has proven time-and-again to be some of the best in the division, that fight may serve as a blueprint for how to mitigate Li’s skills on the feet.

As for Salikhov, that couldn’t matter any less. Focused on his own performance, and expecting a knockout, Salikhov believes he can finish the fight anywhere and doesn’t have a strict plan on where he feels the fight needs to go to earn the win and extend his win streak to six.

“I will do my best in this fight to show my skills,” Salikhov said. “I’m not thinking about his skills, I’m only thinking about me, and I know I can show the best fight in UFC for this one.”