Reflecting Upon The First UFC Athlete To Hoist The Strap For The Country Of Brazil
By Zac Pacleb, on Twitter: @ZacPacleb • Jan. 1, 2023

Anderson Silva ascended to UFC’s Mount Rushmore for his work as the 185-pound champion, and Alex Pereira continued that lineage with his come-from-behind knockout of Israel Adesanya at UFC 281, but it wasn’t until Murilo Bustamante beat Dave Menne in 2002 that Brazil had its first UFC champion.

From 1991 to 1997, Bustamante competed in MMA matches six times and compiled a 5-0-1 record with, surprisingly, four knockouts and just one submission. He made his UFC debut at UFC 25, where he submitted Yoji Anjo with an arm triangle in the second round. Five months later, he competed against Chuck Liddell at UFC 33. Bustamante gave “The Iceman” all he could handle in a unanimous decision loss, although many felt the Brazilian had done enough to earn the nod from the judges.

Despite the defeat, Bustamante had done enough to move down to the middleweight division and challenge Menne for the 185-pound title, which he did in definitive fashion via second-round TKO at UFC 35. He would follow that performance with a successful title defense four months later at UFC 37, where he submitted Matt Lindland via guillotine choke in the third round.

In that fight, Bustamante tied Lindland up in a tight armbar, and Lindland appeared to tap in the first round. In a bizarre sequence of events, Lindland disputed and said he never tapped, and referee John McCarthy allowed the fight to continue. It took another round of work, and Bustamante admitted to fighting angrily in the second round, but eventually, his jiu jitsu prowess produced the justice he deserved.

Bustamante would vacate the title afterward, opting to compete in Japan under the PRIDE banner, where he would continue his career until 2007, fighting the likes of Dan Henderson and Quinton “Rampage” Jackson. In 2005, Bustamante reached PRIDE’s Welterweight Grand Prix Final, ultimately falling to Henderson via a razor-close split decision. 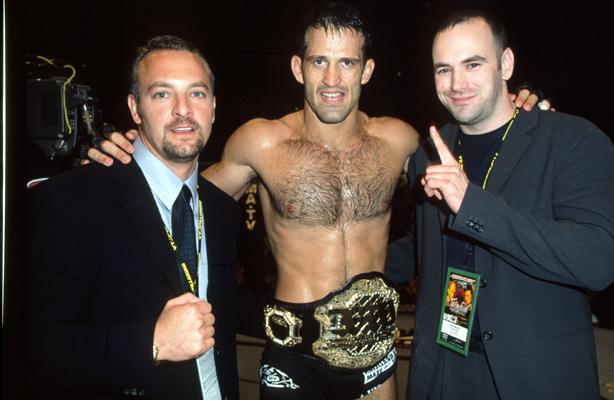 Overall, Bustamante competed for the final time in 2012 – a decision win over Menne in Brazil – and now spends his time traveling the world and teaching Brazilian jiu jitsu and submission grappling.

In 2000, Bustamante helped found Brazilian Top Team, which produced notable fighters who spawned their own gyms, as well. Although Bustamante’s time in the Octagon was brief, he built a legacy as one of the best middleweights of his era and a groundbreaking figure in Brazilian mixed martial arts.