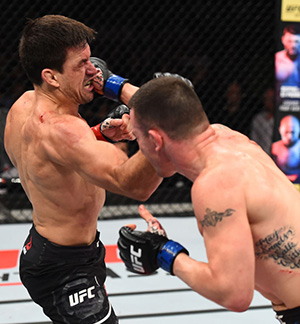 Colby Covington did a lot of talking before his UFC Fight Night co-main event at Ginasio do Ibirapuera in Sao Paulo on Saturday, but the welterweight contender delivered on his boasts, winning a three-round unanimous decision over former world title challenger Demian Maia.

Maia had a good start, landing several hard left hands to start the bout, but Covington was able to dodge the Brazilian’s first takedown attempt, a pattern repeated throughout the fight. After doing so, Covington got busy with his own strikes, but a cut over his right eye was visibly bothering him. With 30 seconds left, Covington stuffed a second takedown attempt, the cap on a close round.

Covington threw aside several takedown attempts in round two, and while both were tired after the fast pace of the opening frame, Maia seemed to be carrying an emptier gas tank and his face was bloodied as well. That allowed Covington to get off more punches and finish strong.

The third was all Covington, as he controlled the striking exchanges, cut Maia again, and refused to let his foe get the fight to the mat, putting a stamp on an impressive victory. 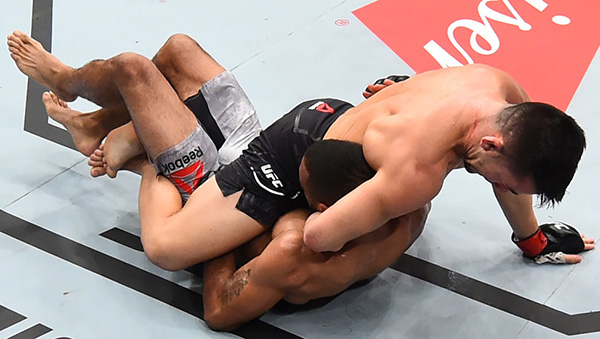 An intriguing matchup between bantamweight contenders Pedro Munhoz and Rob Font met an abbreviated end when Sao Paulo’s Munhoz submitted his opponent in the first round.

Font was having success with his striking in the opening frame, bloodying Munhoz in the process, but the Brazilian kept the pressure on, and with a little over a minute left in the round, he rocked Font with a left hook, forcing the New Englander to look for a takedown. That’s all Munhoz needed, as he sunk in a guillotine choke that forced Font to tap out at the 4:03 mark. 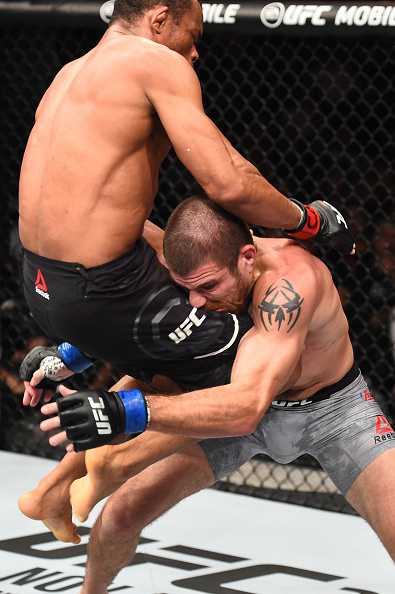 Jim Miller fought in his record 28th UFC fight Saturday, but it was Francisco Trinaldo’s night, as he won a three-round unanimous decision over the New Jersey veteran in a lightweight bout.

The fight hit the mat in the opening minute, Trinaldo scrambling his way into the top position, which he used to bull Miller into the fence. Ninety seconds in, the fight returned to a standing position, but Miller took his foe down midway through the frame and kept him grounded until the closing seconds.

Round two was a close one until late in the frame, as Trinaldo took advantage of a failed guillotine choke attempt to deliver some punishment from above as the two battled on the mat.

Despite telling his corner that he had nothing left between rounds, Miller still looked to make something happen, but an early takedown attempt was a last stand of sorts, as Trinaldo rebuffed the attempt and pressed his advantage, clearly taking the round and the fight. 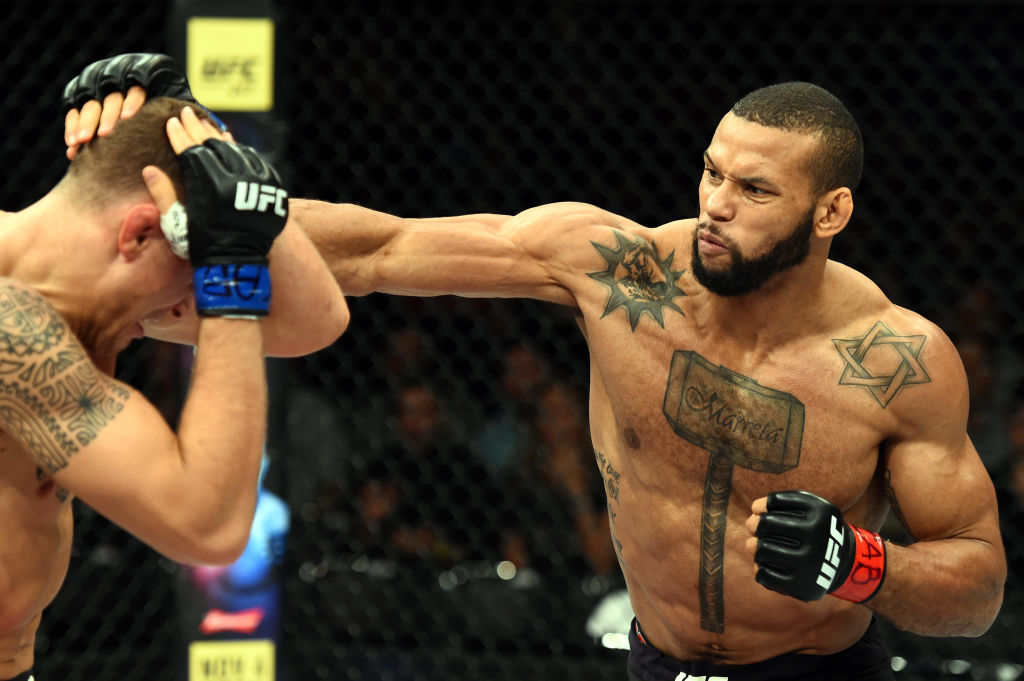 Brazilian banger Thiago Santos made it three consecutive knockouts, halting Jack Hermansson in the first round of their middleweight bout.

Santos’ power was evident from the start, and while he scored most of his points in sporadic flurries, at the end of the round he jarred Hermansson with a body kick and then unleashed a barrage of punches that hurt, dropped and then finished Hermansson, with referee Jerin Valel waving the fight off at 4:59 of round one.

Big GnP from @JohnLineker to end round 2!

Lineker took his time getting into the fight, but beginning at the two minute mark, “Hands of Stone” began firing off blows to the body before moving upstairs. And when he got Vera against the fence, he would throw with both hands in an attempt to end the fight in spectacular fashion.

Vera hung tough, though, and while he was having his moments, he wasn’t doing enough to take the lead on the scorecards or deter Lineker from moving forward and pressing the action throughout round two.

Ecuador’s Vera made a good run in the third behind a busy attack, but it was too little too late, as Lineker had put enough in the bank over the first two rounds to get the victory.