For Munhoz, now is the time to shine 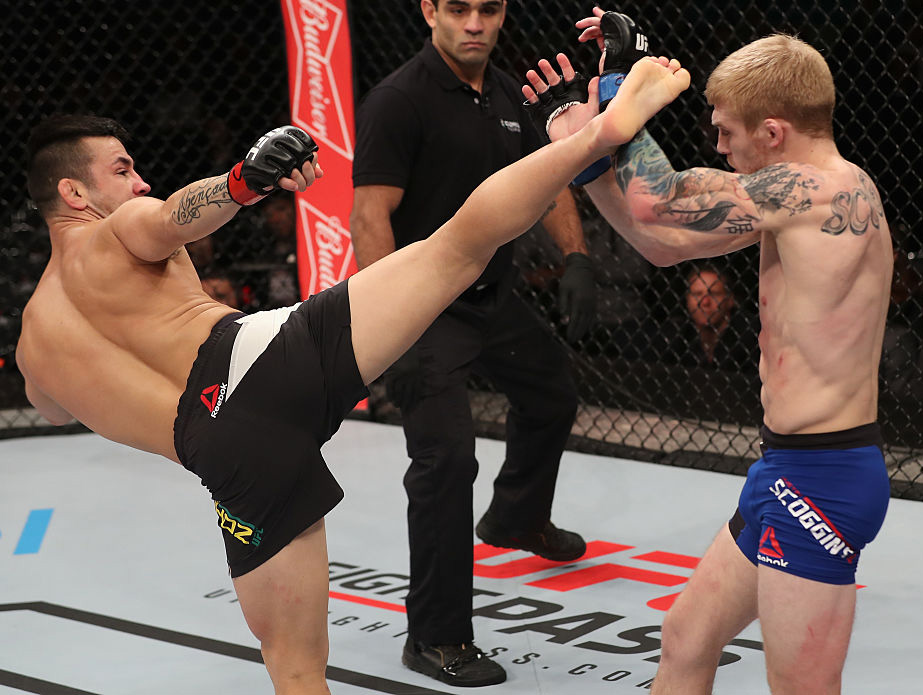 Pedro Munhoz has won four straight heading into his co-main event assignment against John Dodson this weekend in Belem, Brazil. Along the way, he’s collected a trio of submission finishes with his signature guillotine choke, but despite his current run of success, it might be the performance of his most recent victim that helps get “The Young Punisher” a little more recognition heading into Saturday’s fight card on FS1.

“I was thinking about that,” Munhoz said with a laugh regarding Rob Font’s second-round knockout win over Thomas Almeida at UFC 220 in Boston.

After a back-and-forth first round, the Bostonian was able to stop the Brazilian thanks to a well-timed head kick and flurry of follow-up strikes. Three months earlier, Munhoz choked out Font to pick up his fourth consecutive victory.

“Going into the fight against Rob Font, I knew it was going to be a tough fight – he’s a tough opponent with good skills and he has never been finished in his whole MMA career and been finishing a lot of guys in UFC. On the other hand, I’d been submitting a lot of people, never been finished in my career, we both had the same record in the fight, 14-2, and I knew it was going to be a good challenge, a good opportunity to show what I’m capable of doing. 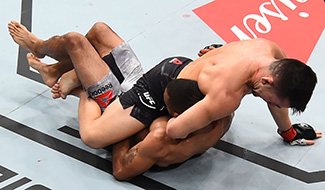 “I knew he would never shoot on me before we hurt him with the hands and that’s exactly what we did,” said Munhoz, reflecting on the game plan that carried him to victory at home in Sao Paulo back in October. “We hurt him with my hands, we got a good shot on his head and third one, a left hook, got him wobbling a little bit, so that’s what made him shoot and we didn’t lose the opportunity to finish the fight. It was a great victory, finishing him in the first round, and I was very excited to watch him against Thomas Almeida, who is a guy we all know is tough.”

In a division flush with impressive talent and promising upstarts all jockeying for position, the residual glow of a standout performance against someone coming off an impressive victory of their own is beneficial to Munhoz, especially heading into the biggest fight of his UFC career.

Munhoz has shared the cage with elite talent in the past, debuting on short notice and turning in a strong showing in defeat against Rafael Assuncao before coming out on the wrong side of a split decision verdict against surging contender Jimmie Rivera back in November 2015, but this weekend’s assignment has a different feel.

Dodson is one of the most established names in the division – a two-time title challenger at flyweight and a former Ultimate Fighter winner – and unlike his previous pairings with top tier talent, Munhoz enters this one with a ton of momentum.

After a rocky start to his UFC tenure, the 31-year-old former Resurrection Fighting Alliance champion has found his footing, entering Saturday’s showdown with “The Magician” on the cusp of title contention. As far as Munhoz is concerned, it’s no surprise his current run of success coincides with his decision to relocate to Coconut Creek, Florida and begin training at American Top Team.

“It definitely has been a great impact,” Munhoz said of the move. “I’m able to train more and drive less than I used to drive in California. Here at American Top Team, we have everything in the gym. We have all the sparring sections and all the classes are in one spot. I don’t have to drive into the city or get stuck in traffic.

“We have a lot of bantamweights, featherweights, lightweights (who are) very close in body size to train with each other. Coconut Creek is a very laid back city with not a lot of traffic. I live literally five minutes from the gym and it’s really cool.

“It’s definitely had a great impact on my career to train here,” added Munhoz, who maintains a close relationship with Master Rafael Cordeiro and the team at Kings MMA, where he trained prior to decamping for South Florida. “I can focus on training and recover my body better because I live close to the gym and don’t have to sit in traffic.”

Feeling better than he has at any point in his career and riding a wave of success into the Octagon this weekend, Munhoz is intrigued by the challenges Dodson presents as an opponent. 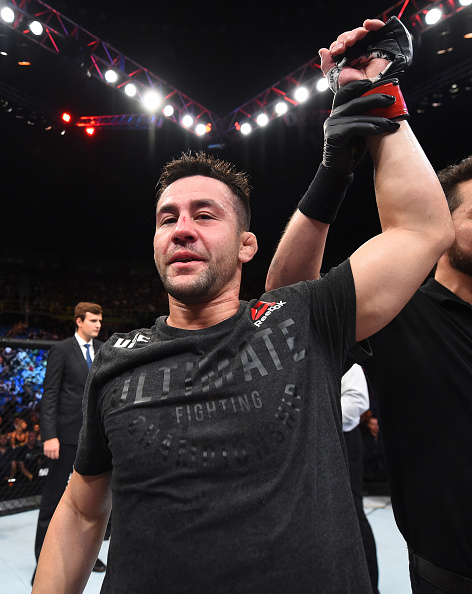 The former flyweight title challenger is a water bug in the cage, flitting around the canvas at unpredictable angles; darting in to land shots before dashing out of range. He’s quick and powerful and although he’s dropped two of his last three, he’s a fixture in the Top 10 and never too far away from title contention.

“Every fighter in my division is good and they have a lot of skills and that’s what makes fights interesting,” said Munhoz. “I can show a little bit of a different version (of myself) than I did in my previous fight because everyone has their own different style.

“I’m looking forward to this fight. I’ve been able to work with a lot of guys his size and who can move like him. I’ve been working on finding my range and being able to hurt him and make him make bad decisions in the fight.”

If he’s able to run his winning streak to five, the proud Brazilian who relishes the opportunity to compete in his home country every year believes he’ll put himself in position for another assignment against a Top 5 talent.

And while he’s never going to call people out or talk trash on social media, Munhoz is confident that his continuous string of impressive showings will be enough to get the opportunities he covets and allow him to prove to everyone else what he already believes – that he’s the best fighter in the bantamweight division.

“A good victory over John Dodson should put me in the Top 5 in the division, which I’m really excited about,” he said. “I don’t talk. I don’t say what I’m going to do because I believe actions speak louder than words, but every single fight, I’m always looking for the finish. I like to finish fights, whether it’s standing or submission.

“I’m very hungry. I’ve been doing this my whole life and now is the time to shine and show that I’m going to be the best fighter in the division.”