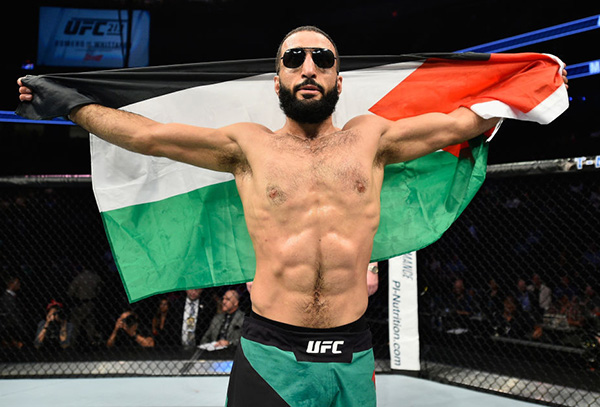 Losing an opponent is usually never good news, but it was for Belal Muhammad.

After his original fight against Jesse Taylor was scrapped due to a potential anti-doping violation by the TUF 25 winner, Chicago’s Muhammad got a new foe to face in Sydney this weekend, Tim Means.

On paper, it’s the difference between defending takedowns all night and getting a fight that could net the two welterweights a bonus check when the dust settles down under. 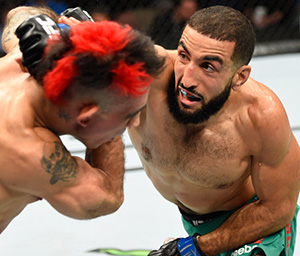 “I was happy because I know that Tim Means is gonna bring an exciting fight,” Muhammad said. “With Taylor, it was a fight where I wanted to show myself against a grappler. I’ve fought grapplers outside the UFC and done very well with them, and nobody has really seen me against a wrestler in the UFC, so I wanted to go against a wrestler to show what I’m capable of. But with Tim Means, I know it’s definitely going to be an exciting fight.”

Wait a second. Muhammad wanted to deal with the swarming wrestling attack of Taylor?

“My goal is to fight the champ, so I want people to know that I’m well-rounded everywhere,” he said. “And I want to test myself as well. I fought three strikers in a row and now I know I can strike with these UFC guys; let me show that I can grapple with these UFC guys.”

It’s an admirable attitude and the sign of a true martial artist. They’re not just words from Muhammad either. Since his short notice debut against Alan Jouban in July 2016, Muhammad hasn’t backed down from any challenges, and while his UFC record currently sits at 3-2, he got a Fight of the Night bonus from the Jouban bout, and he’s won two straight over Randy Brown and Jordan Mein. If he makes it three against the veteran Means, he’s expecting to start getting even bigger fights.

“We have one of the most exciting divisions,” he said. “And after this fight, I want people to say, ‘Add another one to the board. Another welterweight just popped up and we have to watch him now.’ This whole division is loaded right now, and I want people to ask for me to fight somebody in the top 10 or top 15 right after this.”

This may all sound like common sense, but there are those who talk about challenges and those who take them. Muhammad takes them, and that’s been the way he’s approached the fight game since his pro debut in 2012. 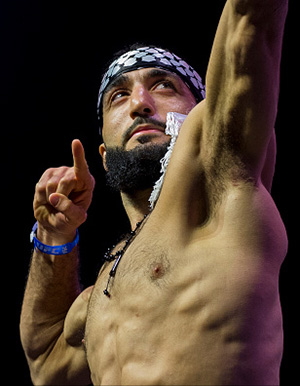 “I’m very mentally strong and I’m very confident,” he said. “Even when I was outside the UFC, you’ve got guys who will sit there and fight cans all the time just to build up their record. Me, I wanted the best guy out there. I was fighting guys that were 12-2, 13-2. The guy that I beat to get into the UFC, Steve Carl, was an ex-champ in World Series of Fighting. I was undefeated and could have been fighting cans, but I wanted to test myself against the top guys.”

And he’s apparently in a hurry to do so. In the time from the Jouban fight to his win over Mein, Muhammad fought five times in 12 months. But it’s been over four months since the Mein bout. Is he starting to slack off?

“It was just to gain new tools,” he said of his “break” from competition. “I was going from camp to camp to camp and not really gaining any new knowledge. It was more so working towards this opponent or that opponent. Now I feel like I gained a lot of new tools that I’m able to add into my game. I just want to better myself to the point where I’m unbeatable.”

A lofty goal indeed, but that’s not going to stop Muhammad from chasing it.