Mueller believes she can be champ

As soon as Lauren Mueller’s Aug. 29 fight with Kelly McGill-Velasco was over, she knew she had it.

“I definitely knew I had it, for sure,” she said. “I was confident in getting my hand raised.”

We meant the UFC contract that she ultimately received on the eighth episode of Dana White’s Tuesday Night Contender Series.

That took a little longer.

A pro since 2015, the 25-year-old from San Diego started training just four years ago, but it wasn’t a case of two days a week in the gym. It was more like two-a-days six days a week.

From the moment I stepped in the gym, I already had my mind set that this is what I was going to do,” she said. “I said, ‘I’m going to make a career out of this.’ I was training three hours in the morning and three at night every day except Sunday, and I’m still doing that, but I doubled that time.”

And once she entered the pro ranks, the Alliance MMA team member looked like a natural, as she ran up a 3-0 record. Yet beyond the skill set Mueller has, she’s also got a nice dose of mean, which was evident in the win over McGill-Velasco.

“I think that it’s something that’s just in you and that you’re born with,” she said matter-of-factly.

Her early success prompted her to try out for season 26 of The Ultimate Fighter, which would prompt a move from 135 to 125 pounds, but also provide the opportunity to compete in a tournament to crown the UFC’s first female flyweight champion.

Mueller got close, being chosen as an alternate for the show, but as she waited for the final call that the cast was set, she got another phone call.

“My ultimate goal was to get into the UFC, of course, and I kept training and training,” she said. “They didn’t end up needing me for TUF and I kind of had the Contender Series in the back of my head. It was just a thought I had and they called me about a last-minute fight. They said, ‘It’s up a weight class, would you be willing to take it?’”

She was, and soon she was in Las Vegas to face McGill-Velasco. Three rounds later, she had a unanimous decision victory. And about that UFC contract?

“Everything happened so fast,” she said. “I wasn’t thinking that I was gonna get it. I was just thinking there’s a fight in front of me right now, I need to take this fight, I need to show what I’m made of, (UFC President) Dana White’s gonna be there, this is a huge opportunity. So everything happened kind of super fast. I was so in the moment to show what I was made of, and when he called my name, I was in shock.”

Now Lauren Mueller is a member of the UFC roster. As for the weight class she’ll compete in… 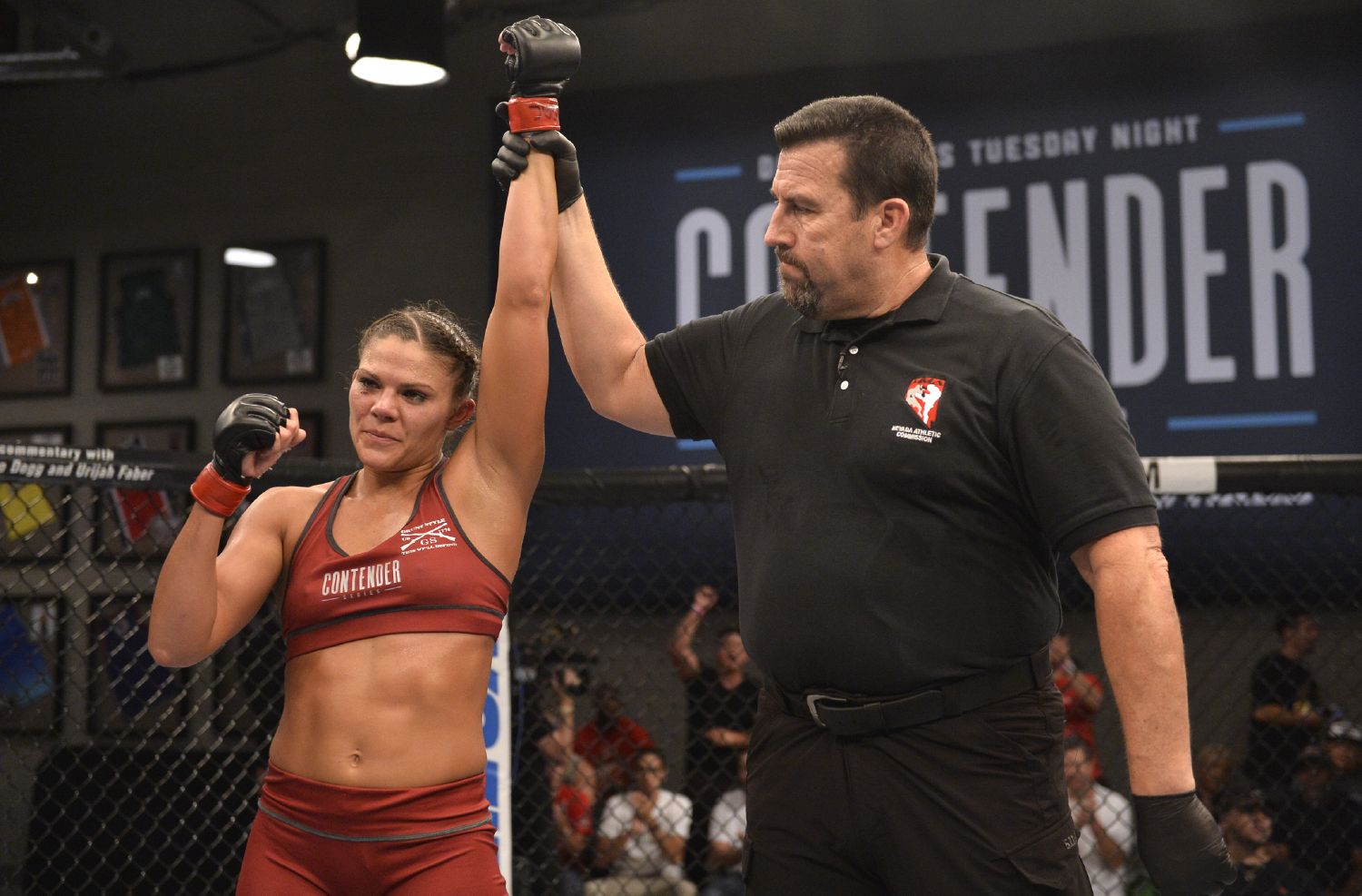 “Flyweight,” she said. “For my size, that’s the weight class for me. Would I take fights at ’35? Absolutely. But when it comes to where I think I fit really well, flyweight is where I need to be, and I absolutely believe I’m ready for anybody in that division.”

Get ready for the “Princess Tiger.”