Gegard Mousasi's dominant performance at UFC Fight Night Berlin has shot him up in the latest official UFC rankings. 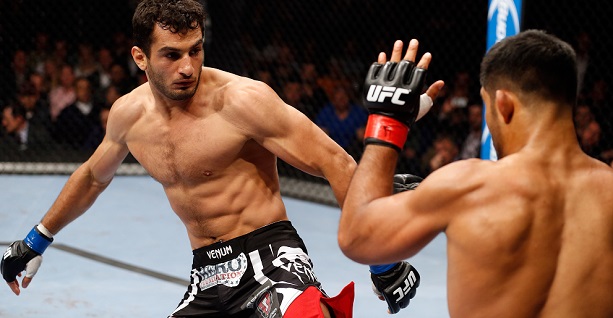 Mousasi entered Saturday night outside the top 10 (No. 11) to the amazement of many, including UFC president Dana White, who is a big fan of the Dutch fighter.

"How about Gegard Mousasi - loses to Lyoto Machida, who was ranked number two at the time, and he drops all the way to number 10 after losing to a guy who is fighting next for the title," White said in an exclusive interview with UFC.com on May 27. "The rankings are very weird sometimes, but I'm a big Mousasi fan and I'm excited to watch him fight." 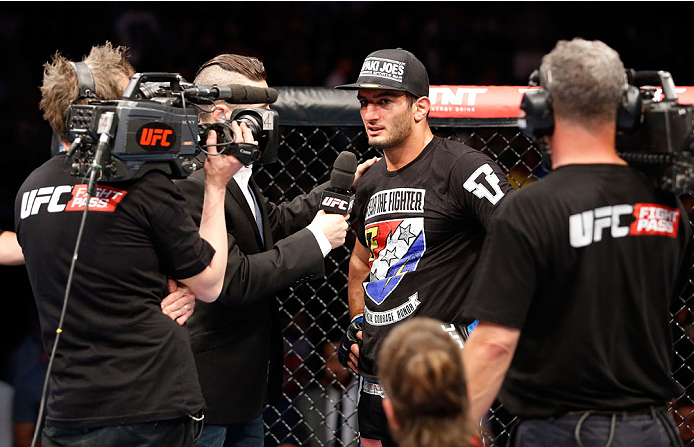 Mousasi said after his victory that he now is hoping to get a top contender at 185, specifically naming No. 5 Luke Rockhold and No. 6 Tim Kennedy. The former Strikeforce champion is hoping to enter the mix for a title shot later this year and into 2015 in a stacked 185-pound division.

The middleweight division saw the biggest shakeup, with Machida moving back to the No. 2 spot in front of Vitor Belfort, who is now set to take on Chael Sonnen at UFC 175, who is now in the No. 3 spot.

CB Dollaway moved into the rankings after his victory over Francis Carmont on Saturday in Berlin, debuting at No. 12. Carmont, who entered the fight ranked No. 9 in the division, dropped to No. 13, one spot behind "The Doberman." Munoz dropped from No. 7 to No. 9 with his loss. 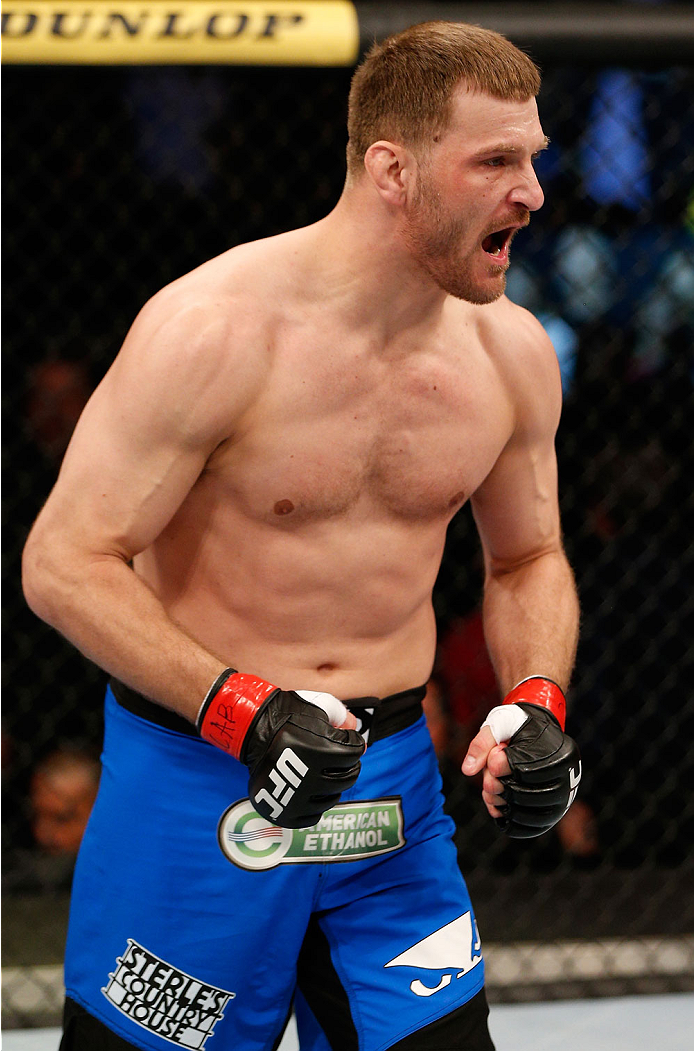 Stipe Miocic dominated Fabio Maldonado Saturday night in the main event of the Ultimate Fighter Brazil 3 Finale, earning the TKO victory in under a minute. Members of the media rewarded the Cleveland native with a jump above Alistar Overeem into the No. 6 spot in the heavyweight rankings. Overeem dropped to No. 7, where Miocic ranked a week earlier.

Other notable changes in this week's rankings include a flip flop between Michael Johnson and Gray Maynard in the lightweight rankings. Johnson takes Maynard's No. 8 ranking, just ahead of Myles Jury, who sits at No. 9. While Maynard falls to No. 10.

In the same division, Benson Henderson, who is set to battle No. 11 Rustam Khabilov at Fight Night Albuquerque this Saturday night, surpassed Gilbert Melendez in last week's rankings into the No. 1 spot. But this week, "El Nino" took back the No. 1 spot, dropping Henderson back down to No. 2.