Mousasi has new attitude, says he's in his prime

An interview with Gegard Mousasi, who faces Chris Weidman in Saturday’s UFC 210 co-main event, is very similar to the way the 31-year-old middleweight has been performing lately.

Economical, but effective, his words – like his punches – are delivered without any apparent exertion, yet they crack home with the power to stop you dead in your tracks.

While the style in the cage doesn’t come with any flourishes or flare that sets it apart from his colleagues and contemporaries, the direct, genuine responses he gives at all times when stationed on the other end of a microphone or telephone are dramatically different than the standard fare. In the process, it has turned the talented contender into even more of a cult favorite than he was before he eschewed the “nice guy says nice things” approach in favor of just spitting the truth.

Just a handful of days away from one of the biggest fights of his career, Mousasi’s confidence is at an all-time high. Where others would offer up a string of compliments about their opponent before adding a thought or two about why things will fall their way on fight night, Mousasi opts instead to omit any praise for Weidman and cut to the quick when it comes to his thoughts on this weekend’s penultimate tilt.

“I’m in my prime,” he says in his trademark laconic flow. “He has to be lucky to be able to win or may the best man win, but I doubt if he can beat me April 8.”
RELATED CONTENT: Free Fight - Mousasi vs Santos | Inside the Octagon breaks it down | Go inside the numbers of Mousasi-Weidman | Rankings Report guys give their take

The brashness of the statement is muted by the fact that he says it without any change in pitch or passion.

A handful of days away from stepping into the cage with a highly motivated former champion, Mousasi has set Weidman’s odds of winning at “slim to none” and declared them as such with about as much energy and passion as you can muster when thanking your great aunt Trudy for buying you an ugly pair of socks for the sixth consecutive birthday.

People read the obituaries aloud with more gusto than the former Dream and Strikeforce standout managed while assessing Weidman’s chances, but the matter of fact delivery underscores that Mousasi isn’t saying these things to garner attention or give journalists an easy headline.

He believes it fully and completely and has zero hesitation sharing his views with anyone who asks for them.

After struggling with injuries and rushing back to action quicker than he admits he should have, the Netherlands-based veteran has found his rhythm. Since making a collection of changes to his coaching staff and training regimen following his September 2014 loss to Ronaldo “Jacare” Souza, Mousasi has been on a roll, showcasing his smooth, technical boxing while building a ton of momentum in the dangerous middleweight division. 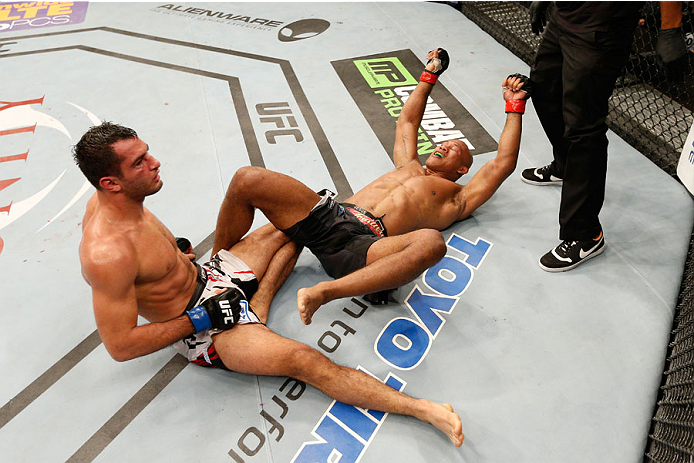 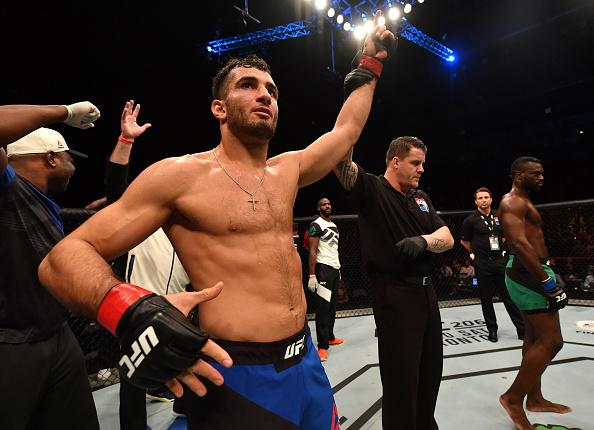 Uriah Hall last November. For Mousasi, it avenged a loss to Hall he suffered in 2015" align="center" />

“I changed everything, a lot of things – training, trainers – after the Jacare fight,” he said. “Since then, I had seven different opponents and I dominated every single one of them. Only guy I lost to, I set it straight, so I think after the Jacare loss, I’m a different fighter.”

Mousasi has indeed been rolling, running through Thales Leites, Thiago Santos and Vitor Belfort with little resistance before earning a first-round stoppage victory over Uriah Hall in November, just six weeks after settling Belfort at UFC 204, to avenge his previous defeat to the former Ultimate Fighter standout.

Long viewed as a potential title threat in the treacherous 185-pound ranks, everything seems to be coming together at the right time for Mousasi and it’s that combination of factors that provides him with the confidence to admit he has doubts about Weidman’s ability to beat him Saturday night at KeyBank Center.

“I think being injury-free, having the right people around me, being physically strong, mentally strong, experienced, a couple wins in a row, you get motivation,” he said, running through the elements that have coalesced in advance of this weekend’s contest to fill him with certainty about its outcome. “I’m confident. I’m very confident going into this fight.

“No one is taking me down in training and I don’t feel like he’s gonna. I train with heavyweights. He’s in my weight class, so I have no doubt I can beat him.”

While he’s been quick to share his thoughts on the state of the division in advance of this weekend’s return to “The Queen City,” don’t let Mousasi’s willingness to discuss current events lead you to believe that he is distracted or his focus is divided.

The fact that Saturday’s bout with be the 50th of his career hadn’t crossed his mind, nor was he interested in investing a moment of thought in the milestone. Instead, he thinks about the six losses and two draws on his record and how – with the right training and proper preparation – he could have avoided those setbacks.

So while he may be willing to share his opinions on the title picture, Mousasi knows everything hinges on beating Weidman and that exactly what he intends to do.

“I don’t know,” he said, the perfect honest starting point for his assessment of how the bout will play out. “I think I will keep it standup – punish him for every mistake – and I will look for the takedowns also. I’m going to shoot on him if he’s not careful. Other than that, let him make mistakes.

“If I hit him and he goes down, he goes down. If not, I’m fine with a decision. I’m here to put on a solid performance, not a finish. If it comes, it comes; I’m just here to win.”