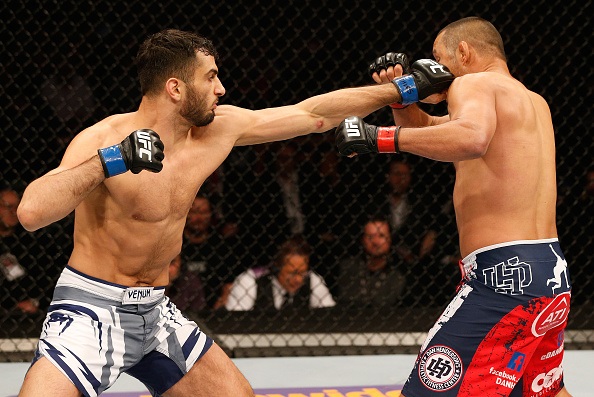 The finish may have generated some controversy and boos from the crowd at the Tele2 Arena in Stockholm, Sweden Saturday, but middleweight contender Gegard Mousasi did his job in impressive fashion regardless, halting Dan Henderson in the first round of their UFC Fight Night co-main event.

He certainly looked ready against “Hendo,” who was making his return to the 185-pound weight class.

Mousasi used his range nicely as the bout began, jabbing and keeping Henderson from landing his patented “H-Bomb.” Henderson tried his best to land the right hand, but Mousasi was always gone by the time he threw it. Soon, a right hand clipped Henderson and caused him to lose his balance and fall hard against the Octagon fence. Mousasi jumped in to finish matters, and after landing a couple shots, referee Leon Roberts stepped in to halt the bout at 1:10 of the opening round, much to the disappointment of Henderson, who protested the decision.

“It wasn’t Gegard’s fault,” Henderson, who revealed that he couldn’t see out of his left eye after an earlier jab to it, said. “He fought a good fight. He clipped me a little bit, but I was aware the whole time. It’s just unfortunate that it had to get stopped.” 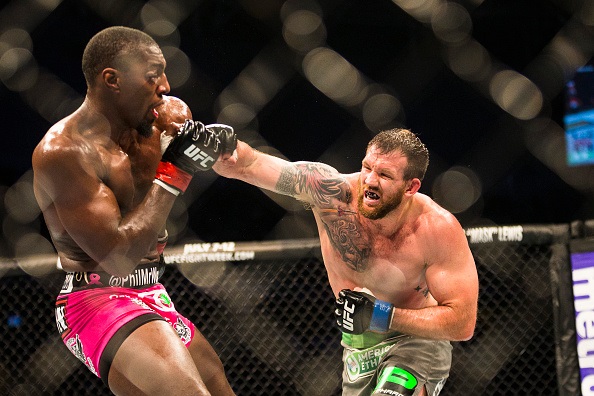 The two former college wrestling standouts engaged in a kickboxing match in the first round, with Davis slightly busier, but Bader effective in stuffing his opponent’s takedown attempts while landing the harder blows.

In the second, Bader kept Davis at bay for much of the round until a takedown by “Mr. Wonderful” in the final 90 seconds. Davis wasn’t able to do anything with the takedown, but he kept Bader locked up against the fence for the rest of the round, a tactic not too popular with the fans in attendance.

The third round continued to be a war of nerves, with Davis landing a hard right hand and several leg kicks, but unable to put Bader back on the mat. In fact, it was Bader scoring a takedown in the closing seconds, a move that may have secured the fight for the former Ultimate Fighter winner. 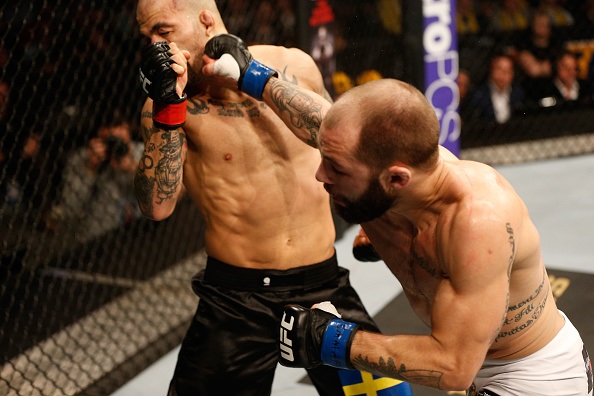 SICILIA vs. CORASSANI
Featherweight banger Sam Sicilia got the main card off to an explosive start, sending Lund native Akira Corassani down to defeat via first-round knockout.

Corassani had success in the early stages of the fight with quick movement that didn’t allow Sicilia to get his feet set to fire off one of his trademark bombs. But eventually, Sicilia got close enough to fire and he ripped off a right to the jaw that landed flush and flattened Corassani. The final shot before referee Neil Hall stepped in at the 3:26 mark was just window dressing.