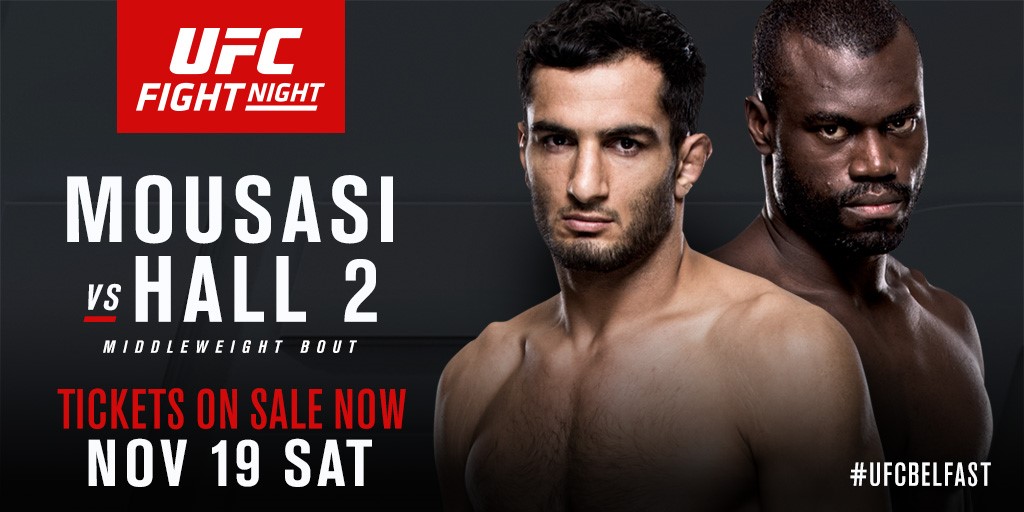 Despite winning five of his last six bouts and soaring to the top five in the middleweight division, Gegard Mousasi wants to avenge that one loss in that stretch, and he'll get that chance on November 19 when he faces No. 10-ranked Uriah Hall in the new main event of UFC Fight Night at The SSE Arena in Belfast, Northern Ireland.

The new main event came together when Gunnar Nelson was forced from his bout against Dong Hyun Kim due to injury. Kim will be rescheduled for a future card.

Currently sporting a three-fight winning streak, the Netherlands' Mousasi is coming off his biggest UFC win to date, a second round knockout of Vitor Belfort at UFC 204 earlier this month. Now making a quick turnaround, he will attempt to even the score with New York's Hall, a dynamic striker who delivered the most notable win of his career when he used a series of strikes to score a highlight reel finish of Mousasi in September of 2015. Now "Prime Time" will seek a repeat in his European debut.