Mousasi Eager to Prove He's Back

“I am here to make a statement.” - Gegard Mousasi 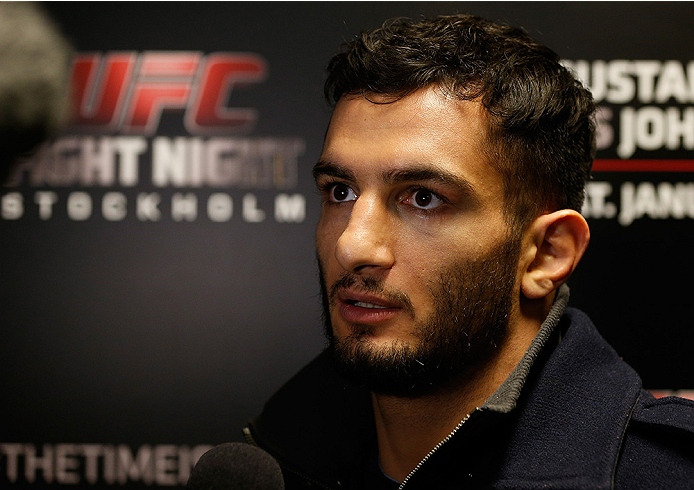 That’s how many combined battles Gegard Mousasi (35-5-2) and Dan “Hendo” Henderson (30-12-0) have between them, and it’s amazing that they haven’t faced each other before this weekend’s UFC Fight Night: Gustafsson vs Johnson card in Stockholm, Sweden.

It is the type of fight fans dream of. Both are veterans of PRIDE, Strikeforce and the UFC, and both have faced the very best fighters mixed martial arts has to offer.

“It would be great to get a win over him, and position myself to get another contender fight,” Mousasi says. “So it is a big fight for me as it is also for Dan.”

Indeed, a win over Henderson will go a long way in erasing a poor performance against “Jacare” Souza just a few months ago, when the Dutchman said he “lacked a fighting spirit” and succumbed to a third-round guillotine from the decorated Brazilian jiu-jitsu specialist.

But don’t expect Mousasi to avoid the ground game against Hendo.

Against Mark Munoz, he showcased an impressive jiu-jitsu attack on his way to a first-round rear naked choke submission win. But with Henderson coming down to 185 pounds for the first time since 2010, he could be facing a much stronger opponent than he’s faced since he himself moved to 185 from light heavyweight nearly a year ago in a loss to Lyoto Machida.

“Dan brings experience, toughness and power,” Mousasi says, also pointing out that he brought in some heavyweights for this camp, along with Olympic Judo gold medalist Satoshi Ishi.” I organize my own camps around my fight team.”

At 44 years old, Henderson will need to win impressively to convince fans he still belongs in the Octagon. After all, he’s lost four of his last five fights. Mousasi says he will bring a sense of urgency to this fight, something critics say he lacks inside the ring.

“Respectfully, I don't agree with those critics,” he said. “I am a relaxed fighter, and I look at fighting from an intellectual perspective. I believe in fighting smart. That should not be confused with fighting lazy, especially when you look at my finish rate on my professional record. I finish most of my fights.”

Mousasi has long been considered one of the best fighters in the world. He held the Dream and Strikeforce light heavyweight belts, but injuries plagued him throughout most of his Strikeforce tenure after losing his belt to King Mo Lawal.

“A lot has happened since that King Mo fight,” he said. True, and a healthy Gegard Mousasi is a force to be reckoned with, something he is well aware of, as an impressive win over Henderson will send a message to the middleweight division that the old Mousasi is back.

“I am not looking any further than Dan Henderson at this moment,” he said. “But I’m very much excited to get back in there. I am here to make a statement.”