The Mount Rushmore of UFC Featherweights

Only four men have sat on the division’s throne since the inaugural UFC featherweight championship in 2010 and they each deserve their spot in the featherweight G.O.A.T. conversation. Each of them had unique paths to the title and nearly all four of them have quite a bit of history.

Take a look at our Mount Rushmore of featherweights: 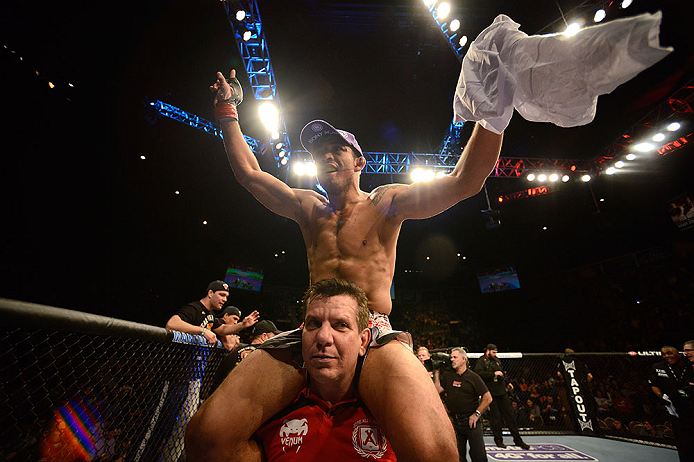 When the WEC merged into the UFC, some of the best fighters in the world came along with it. One of those fighters was José Aldo, who was named the inaugural UFC featherweight champion at UFC 123.

Aldo’s first title reign lasted 1,848 days. It was pure dominance. Aldo defended the belt an astounding seven times against the likes of Chad Mendes, Frankie Edgar and “The Korean Zombie.”

Aldo’s first stint as the only featherweight champion in UFC history came to an end at UFC 194 when he was defeated by Conor McGregor. It was a magnificent run for Aldo and solidified him as not only the greatest featherweight of all-time, but one of the best pound-for-pound fighters we’ve ever seen.

He would later regain the crown vacated by McGregor and lose it to Max Holloway a year later, but after his loss to current champion Alexander Volkanovski at UFC 237, Aldo chose to move down a weight class to bantamweight, where he’s placed himself firmly as a top contender in the division.

Back in 2012, a young 21-year-old Max Holloway made his way to the UFC. He was immediately thrown into the fire, facing future champions Dustin Poirier and Conor McGregor within his first six UFC bouts. Holloway went 3-3 in those three bouts and used those experiences to launch into one of the best win streaks we have ever seen.

Holloway rattled off 14 straight wins at 145 pounds, defeating Cub Swanson, Charles Oliveira, Jeremy Stephens, Ricardo Lamas, Frankie Edgar, Anthony Pettis, Aldo twice and Brian Ortega. This run made “Blessed” one of the most popular fighters in the sport and proved that he was one of the best fighters in the world.

Back-to-back close title fight losses to Alexander Volkanovski left Holloway in kind of an awkward spot, but instead of complaining about it, Holloway went back to work and delivered one of the greatest performances we’ve ever seen against Calvin Kattar.

This weekend at UFC Fight Night: Holloway vs Rodriguez, Holloway has a chance to add to his argument that he deserves a third chance at defeating Volkanovski by making a statement against Yair Rodriguez. 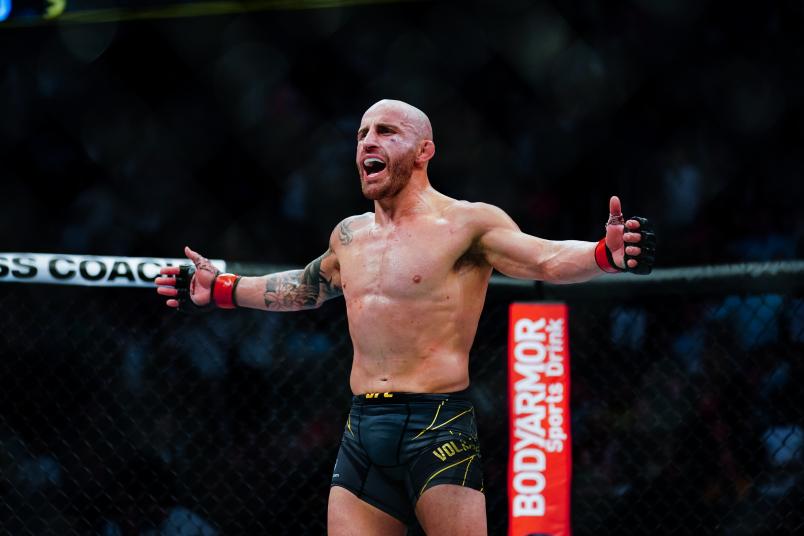 Twenty-three wins and 1 loss. That’s the resume that Alexander Volkanovski is working with. Volkanovski has defeated two of the men on this list and delivered one of the craziest title fights we’ve seen against Brian Ortega.

Volkanovski is the current champion, ready to defend his title against new contenders or for a second time versus Holloway if need be.

Volkanovski’s nine featherweight wins are tied with multiple fighters for the sixth most in UFC history and his nine fight UFC featherweight win streak is the longest current streak.  Volkanovski also has the highest striking differential by any featherweight in history (Holloway is 2nd, McGregor is 3rd).

Conor McGregor’s rise to the top of the sport was undeniable. He took the 145-pound division by storm, winning seven straight on his way to the interim UFC featherweight title and winning the undisputed UFC featherweight championship.

Even though his time in the featherweight division was short lived (just over two years) he still was the man that dethroned Aldo and he’s just one of the four men to be crowned the UFC featherweight champion.