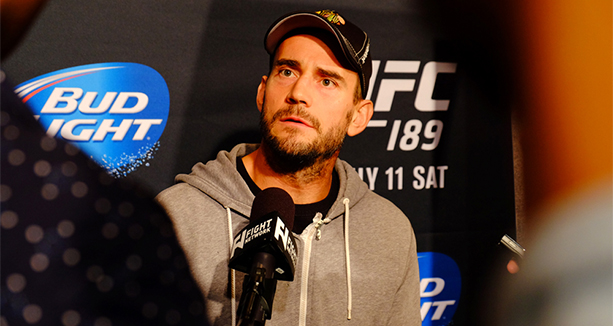 CM Punk’s UFC career remains in development, but seven months after he ended his pro wrestling career and decided to try MMA, he’s getting closer.

How close? Maybe by the end of the year.

“I say this all the time: I’d love to fight tomorrow,” Punk said Thursday during a media session at MGM Grand as part of International Fight Week. “But I want to be as prepared as I possibly can be and I will be. I’m still shooting for December. It might be January, I’m not sure. But I’ll be ready when I fight.”

Punk has been training with Duke Roufus at Roufusport in Milwaukee, moving there from his Chicago home to cut on his travel time. He trains three times a day, packing as much as he can into those sessions. 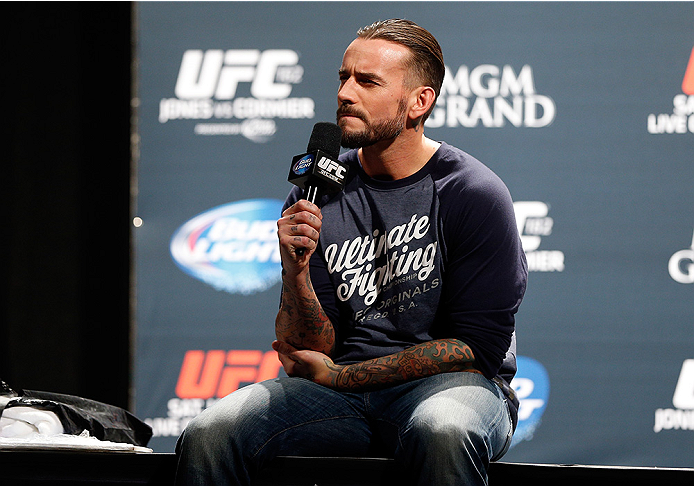 But he’s not complaining about the difficulty of transitioning to mixed martial arts, which requires fighters to be skilled in a number of combat sports.

“It’s super awesome and it’s super fun,” Punk said. “I’m a fan of knowledge, so every day for me is a good day because I’m always learning something. It’s a lot, but I know what I signed up for.”

Punk, 36, conceded he’s a white belt in every MMA discipline, including wrestling.

“Wrestling is probably my hardest day just because that’s the grind,” he said. “You’re constantly in somebody’s face. You’re not trying to give up any ground. It’s no secret I didn’t wrestle in high school or anything like that. Everybody I train with did, so they have a lifetime of experience. But I love that.

He said the final decision on when to enter the Octagon will probably be made by Roufus. So far, there’s been little discussion about it.

But he insisted he’s not getting pressured to fight by either UFC President Dana White or CEO Lorenzo Fertitta. That allows him to train at a steady pace.

“I don’t chase the hug and say, ‘Did I do good today?’ I know I’ll turn the corner eventually.”

Before he makes his debut, however, Punk also must decide whether he will fight at middleweight (185 pounds) or welterweight (170).