“It's the perfect opportunity to shine. I'm in a position where I'm not the center of attention on such a large platform, but the eyes will also be on me, so all that remains is to do the work that night.”
By Thomas Gerbasi, on Twitter: @TGerbasi • Dec. 9, 2019

In the world of mixed martial arts nicknames, there is one thing for certain. There will be plenty of folks nicknamed “The Assassin,” but only one dubbed “The Assassin Baby.”

“It's from my professional debut,” explains flyweight contender Brandon Moreno. “I was a 17-year-old kid and my opponent was much bigger than me and very imposing. Everyone thought I was going to lose. Unexpectedly, the announcer introduced me as "The Assassin Baby." I won by submission in the first round, so I kept the nickname.”

Moreno laughs, and if you’ve ever seen him or been around him, you’ll know that laughing and / or smiling are his default modes. It’s a refreshing thing to see, yet that doesn’t dilute the intensity the Tijuana shows up with on fight night, and UFC fans got a reminder of that in September when he made his first Octagon start since May 2018 against Askar Askarov.

“It might sound odd, but I felt nervous and calm at the same time,” said Moreno of his return to the UFC. “I knew that I had a lot of pressure on me and that I had to make a good impression in my return, but I was also confident in all the good work I had done.” 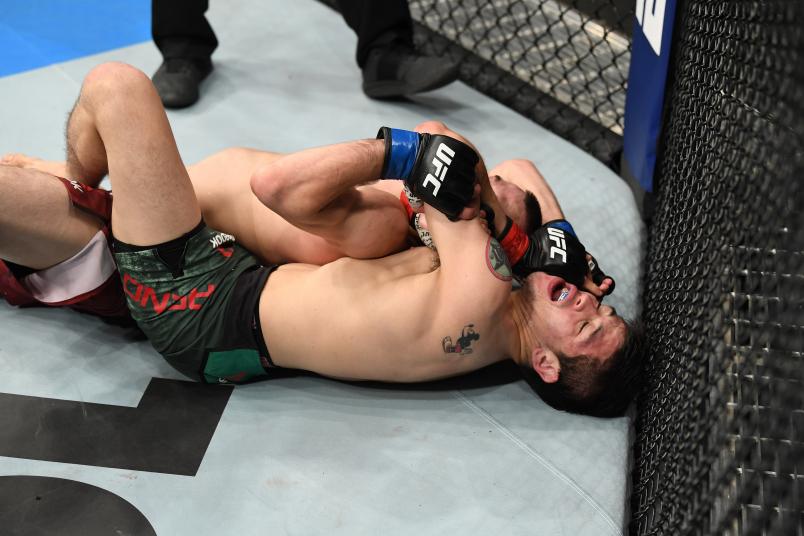 Dagestan’s Askarov was no “Welcome Back” gift for Moreno in Mexico City. Unbeaten at 10-0 coming into the fight, Askarov went tooth and nail with Moreno for three rounds before a draw verdict was rendered.

“Askarov surprised me a lot,” said Moreno. “He's a very strong fighter with very good pressure in all aspects of the game. But the moment he felt my hands, I believe he didn't want to exchange with me at any time.”

It wasn’t the result either fighter wanted, but over the course of those 15 minutes, Moreno and Askarov gave the fans a reminder of just how good the action is at 125 pounds when waged at the high level they delivered. And it was also a reminder that Moreno is a threat to anyone in the division.

“I think they'll have to pay a little more attention to my name from now on - and more with the next fight,” he said. “Hopefully it’s like that for the division as a whole, but I know that takes more than a fight or two. It made me hungry to come back to stay and show that the division has great fighters like me who can steal the show. Don't blink when top flyweights meet.” 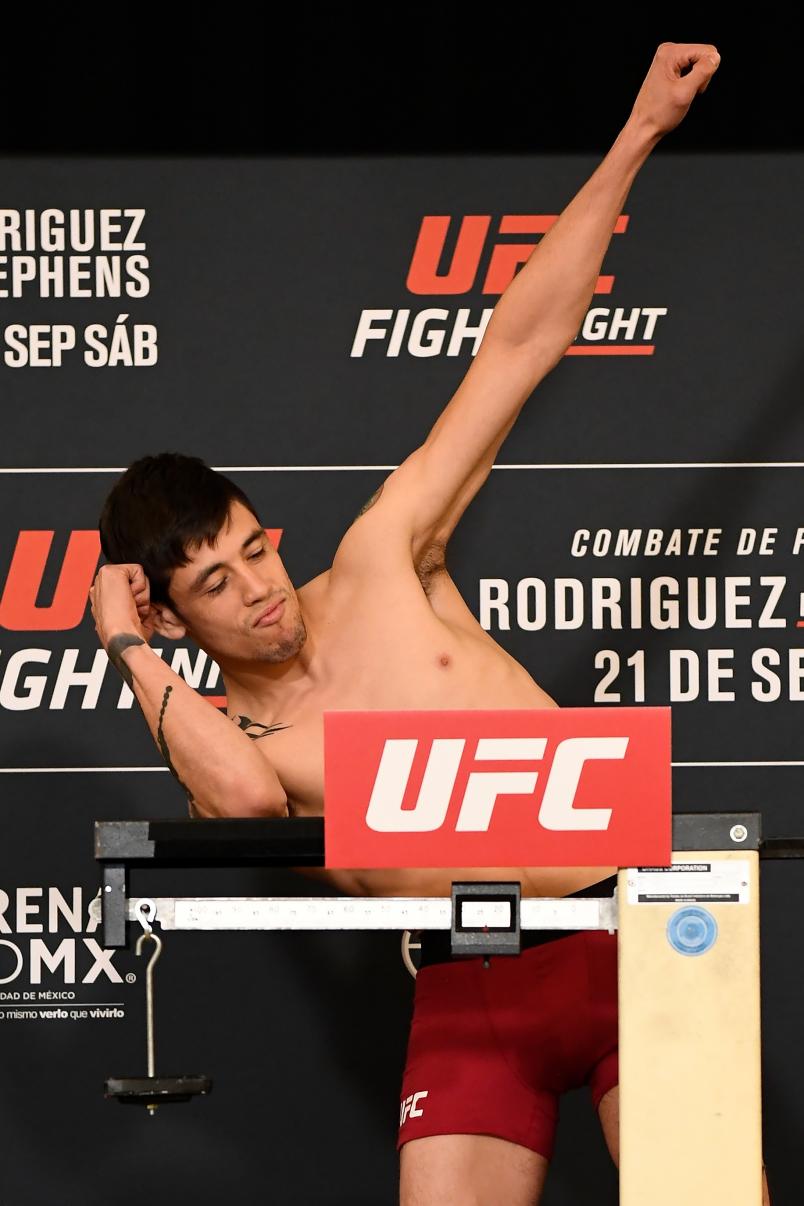 On Saturday, the No. 5-ranked Moreno has his next chance to live up to that claim when he meets No. 6-ranked Kai Kara-France in a UFC 245 bout at T-Mobile Arena in Las Vegas. The two know each other, having competed on season 24 of The Ultimate Fighter, but the real storyline is the fight, which does promise fireworks.

“He's a fighter who was with me in the house of TUF 24,” said Moreno of Kara-France. “He's an excellent person, personally speaking, and professionally I can say that he has a lot of power in his hands and very good takedown defense. It will be very interesting as the fight develops.”

It’s also an interesting atmosphere for the 26-year-old, whose seventh UFC fight will be his first on a UFC numbered event. That’s always cause for more people, more media and more hype, and Moreno is looking forward to more “more.”

“I love it,” he said. “It's the perfect opportunity to shine. I'm in a position where I'm not the center of attention on such a large platform, but the eyes will also be on me, so all that remains is to do the work that night.”

Win, lose or draw this weekend, Moreno has already showed that he’s back, and he’s looking forward to everything ahead of him as 2019 comes to a close.

“I really believe that the public is what helped me to pass that bitter drink faster,” he said of his first fight back against Askarov. “A lot of fans reached out and said very nice things, so I'm very grateful for the public. I wish I could've reintroduced myself with a victory, which would've been perfect, but it was still a very positive experience. (As for 2019) Compared to my 2018, this has been an excellent year, of course, but I'm very confident about what is coming. 2020 will have no comparison.”