Moreno all heart as he enters Ultimate Fighter

Like many kids growing up in Tijuana, Brandon Moreno just wanted something to keep him busy. 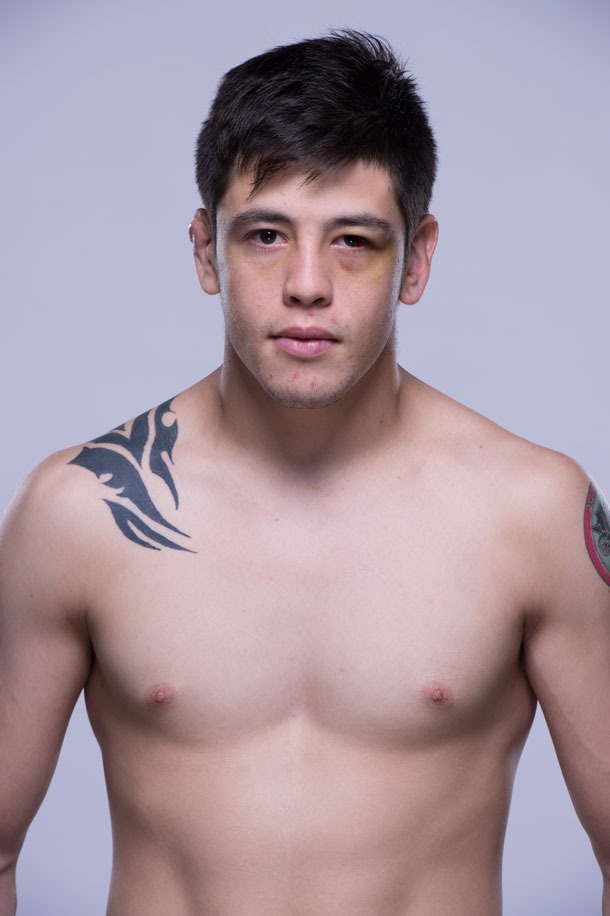 “I was very young and trying to fill up my time with something good, something productive,” he said. I’m a fan of boxing, but I didn’t know a lot about combat sports.”

Capoeira looked interesting enough, and he went off to find a school, which turned into a near impossible task, as Tijuana isn’t exactly a hotbed of the Brazilian martial art.

“I wanted to do Capoeira, but I never found a Capoeira gym,” he laughed. “So then I was walking on the street and I found an MMA gym and I started doing jiu-jitsu and kickboxing. My teacher was a brown belt in jiu-jitsu, so I did a lot of that.”

It was a life-altering move. Fast forward to the present day and the 22-year-old Moreno is now 11-3 as a pro and on the verge of changing his life even more as he begins his quest for a UFC flyweight title shot on season 24 of The Ultimate Fighter. Yet despite his youth, he feels that he’s right on time for his close-up.

“I’ve been working toward this goal for years and years,” he said. “I talked to the UFC before and they said I was there or very close. And I kept working and working, so when they called me for the TUF show, I was very, very happy.”

Moreno also appears to be ready, as he’s bounced back from a 3-3 start to his career to win eight straight. And that focus on jiu-jitsu training has paid off, as he’s earned eight of his victories by submission. Plus, the Entram Gym he trains out of has not just been the past or present home to several UFC fighters, but a place that has produced a host of Ultimate Fighter vets as well. And they gave Moreno plenty of advice about being under the camera lights away from his family and friends for six weeks.

“My friends who were veterans of TUF, they told me about their experience on the show, how I was going to feel and all the experiences, so when I got there I was a little bit better prepared.”

Some say a fighter can’t prepare enough for a fight; others say you can’t truly prepare for what happens in the ring or Octagon. Moreno is a native of the fighting-rich nation of Mexico. And wherever you stand on the preparation fence, he’s got something his peers don’t when the bell rings.