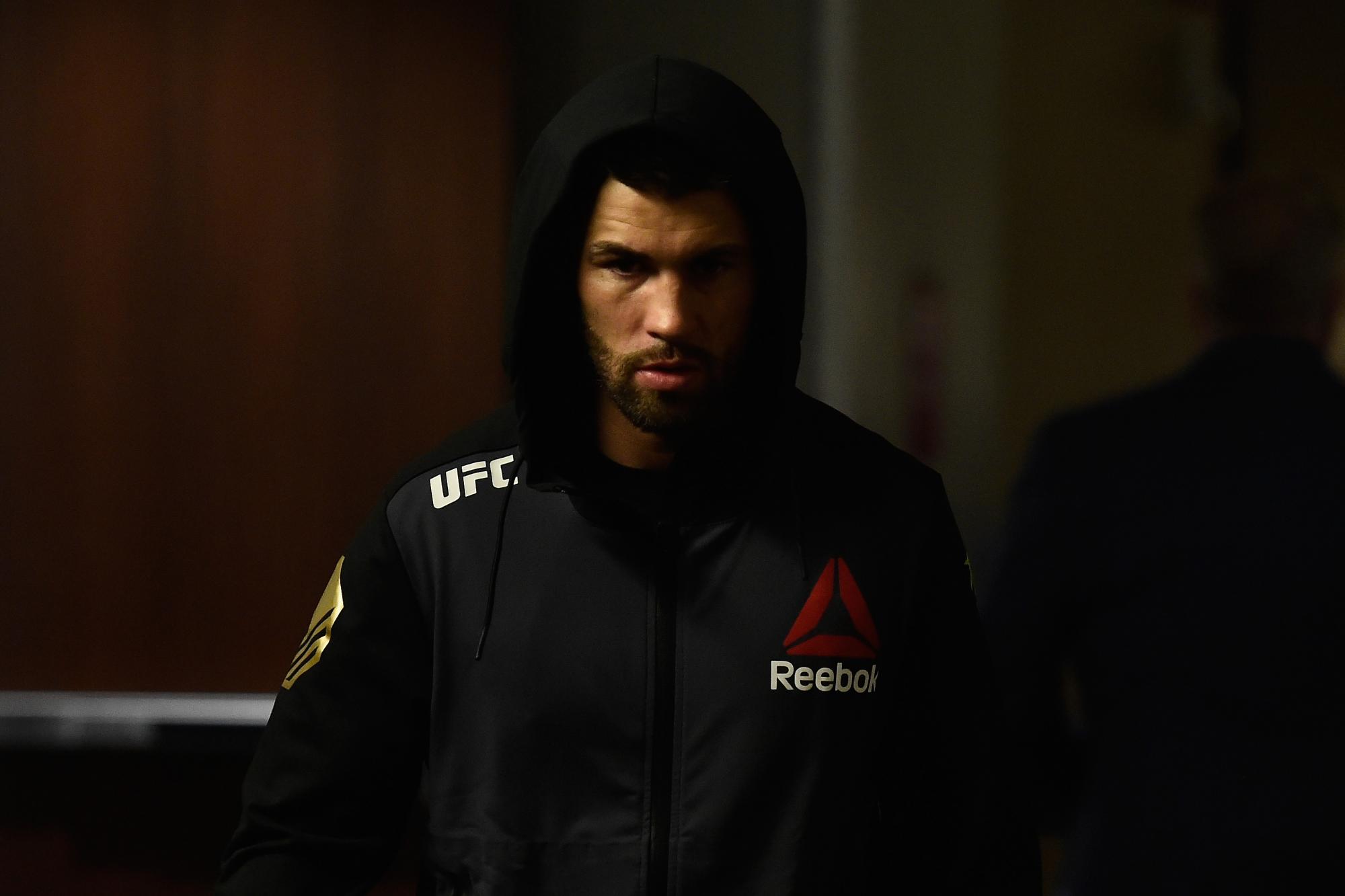 More Than A Belt For Dominick Cruz

Dominick Cruz returns to the Octagon with a belt on the line, but his fight against Henry Cejudo is about much more than a world title.
By Jon Gagnon • May. 7, 2020

If there is anyone that knows the importance of winning a UFC belt, it’s Dominick Cruz. He’s won and lost fights for the belt and had to surrender one in between.

On Saturday at UFC 249, he returns with the belt on the line, this time against bantamweight champion Henry Cejudo. It marks the third time Cruz comes back from a long layoff. He did so successfully twice before, the second being for a world title against then champ, TJ Dillashaw.

This is all to say: Dominick Cruz has a decade’s worth of experience with the belt on his mind.

But given the circumstances of what’s going on in the world today, it’s opened Cruz’ mind.

“What’s the value of belts when 33 million people file for unemployment,” Cruz asked. “People can’t feed their families. What’s the value of my belts unless we can use it to make a difference? This is an opportunity for anyone with a platform to make a difference. The UFC is doing a beautiful thing with this platform by creating hope and entertainment.”

Cruz continued by referencing Muhammad Ali. Ali is considered the greatest fighter of all-time, but we don’t remember him strictly for his greatness in the ring.

“Muhammad Ali gave up three years of his life, a world title and faced prison time for what he saw was world peace,” Cruz said. “We talk about him today because he took a stand for people. This is a huge deal. A lot of people are hurting. I have family members that can’t pay bills right now. I’m working – what a blessing. The reason I do this is so much bigger than a fight.”

Cruz isn’t the only one with a platform. Belt on the line or not, he believes this is an opportunity for fighters around the world to use this platform and make a difference.

“You have this platform, what are you going to say and do with it? Are you going to talk about your belts and how you’re better than everybody? I’ve had belts and lost them. What was I when I lost them? People forget quickly about the belts unless you do something to make a difference.”

The story of Cruz’ constant battles with injuries, recoveries and eventual successful comebacks have been an inspiration in their own right. It’s something he’s been tussling with for close to 10 years, along with the constant chatter about “ring rust.”

“It’s an excuse for all fighters, and athletes in general. You’re talking about me being not as good because of a layoff. Did I have ring rust in my first fight ever?” Cruz asked “It’s not ring rust, it’s just how you show up. I chose this knowing I only had a four-week camp. I can think in my head, ‘Yeah I haven’t fought in so many days,’ or I could think, ‘Yeah, I just got in a fight yesterday with Jeremy Stephens.’”

Cruz has been training and rehabbing hard since August and was planning to make a comeback, but he just didn’t know when the right opportunity would arise.
Cejudo was originally scheduled to fight Jose Aldo but Aldo is facing travel restrictions in Brazil. Insert Cruz.

It’s the perfect opportunity for both fighters. Cruz returns to the Octagon with a belt on the line and Cejudo gets to cement his bantamweight title reign against arguably the greatest 135-pounder in UFC history.

“If you come back for a title, you make it work, Cruz said.” That’s what title fights are. They’re not something that everyone gets; it’s a golden opportunity. The pandemic opened up a slot and now he can’t go anywhere. Now he’s locked up with me.”