More than 16 Years Later, Belfort is Still Relevant and Dangerous

UFC.com's Philip Ferraro looks back at the career of UFC on FX 7 headliner Vitor Belfort... 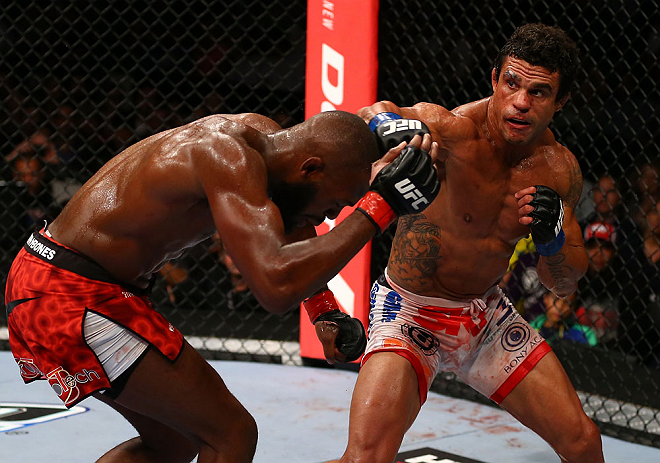 It’s February 7, 1997, a little over three years since the first UFC.   It’s before the current regulations, and competitors are still permitted to fight more than once a night.

A 19-year-old Brazilian demolishes both of his opponents in short order with a barrage of punches to win the UFC 12 tournament.  He’s a handsome, heavily muscled physical specimen with the quickest hands yet seen in MMA.  A few months later, he uses that dizzying hand speed to finish feared brawler Tank Abbott in under a minute.  While he hasn’t gone to the ground, as a black belt under legend Carlson Gracie it’s assumed his grappling is just as good. In Vitor Belfort, the fledgling sport of MMA had a young talent that seemed destined for greatness.  Belfort, who fights Michael Bisping January 19 in the main event of UFC on FX 7 in Sao Paulo, Brazil, was dubbed “The Phenom”.

Belfort then fought Randy Couture in a heavyweight title eliminator.  Overwhelmingly, the Brazilian was expected to blitz the unassuming 34-year-old.  It was a career defining fight for both men: the start of Couture’s M.O. as the master of the upset, and the first time Belfort fell short of expectations.  Couture controlled Belfort, even beating him up on the feet, before finishing the Brazilian in eight minutes and 16 seconds.  Belfort would later admit he was under-prepared for the bout, saying, “I wasn’t training, I was thinking I was the greatest and that nobody could beat me.”

After finishing Wanderlei Silva with punches in just 44 seconds, Belfort left the UFC to fight in Japan’s PRIDE FC.  There, he earned a 4-1 record with his only loss coming to Kazushi Sakuraba.  In 2002, he returned to the UFC, losing a unanimous decision to Chuck Liddell.  Respectable results, sure, but not what had been expected out of “The Phenom”.  Yet in 2003, after a brutal first round TKO over Marvin Eastman, he earned a UFC light heavyweight title shot against Randy Couture.

That year, 2004, the professional and personal life of Belfort was forever altered when his family was struck by catastrophe.  On January 9th, his sister Priscila Belfort was kidnapped.  She was never found.

In the wake of this tragedy he somehow mustered the strength to fight Couture.  Then recently married, he said, “The only reason I’m here is because God wants me here. He’s given me the strength. If not for that I wouldn’t be here; I’d be very depressed. I’m praying for God to continue to give me the strength until the day of the fight. Then I can go back and hopefully I can have good news of my sister. I’m supposed to go to a honeymoon, but my honeymoon is not going to happen.”

Belfort won, but unconvincingly, after a grazing left opened a cut on the eyelid of Couture that forced the bout to be stopped early in the first round.  Their rematch left no questions, however, as the Brazilian was overwhelmed by Couture, who won the fight by a third round stoppage.

Belfort then narrowly lost a decision to Tito Ortiz before a stint outside the UFC that saw him beat some lesser known opposition but drop fights to top light heavyweights Alistair Overeem and Dan Henderson.  Fighting in three different organizations with mixed results, Belfort seemed to lack focus and consistency.

Belfort became understood as two different fighters.  There was the “old” Belfort, and sometimes he’d return: the man who hurt Tito Ortiz in the first round offered a glimpse of the “old” Belfort.  Then, there was the “new” Belfort, the fighter who showed up in the second Couture bout.  And there was the school of thought that the “old” Belfort had never disappeared, but was simply facing better opposition.  It was a harsh way of looking at a career that included wins and tight losses against some of the best in the world despite personal tragedy.  Blame his potential and the uncompromising nature of the fans.

But following his 2006 loss to Henderson, Belfort seemed to find consistency as a fighter.  Now 30 years old and a father, he notched two victories at light heavyweight before making his 185 pound debut. Two straight knockout victories, including a 37 second KO over former middleweight contender Matt Lindland, proved that a less muscular Belfort retained his power.  It was time for his third UFC run.

Belfort’s UFC return started off with a vintage performance: a first round knockout over former middleweight champion Rich Franklin. With the KO power he’d demonstrated in the 90’s, but a hard won maturity, he earned a 2011 shot against champion Anderson Silva.

Despite a promising start, like many others, Belfort was on borrowed time against Silva.  Shortly after the three minute mark Silva placed a front kick under Belfort’s jaw that snapped his head back and buckled him to the mat.  It was the champion’s most impressive KO, a move that now lives on in every Anderson Silva highlight reel.

One might have wondered whether the KO would rob Belfort of his confidence.  But the Brazilian followed it up with two spectacular victories, a first round KO of Yoshihiro Akiyama and a first round rear naked choke victory over Anthony “Rumble” Johnson. He proved that his fighting spirit was not so easily extinguished.

In the scramble to find a suitable opponent to challenge Jon Jones for the UFC light heavyweight title at UFC 152, Belfort stepped up. Fighting in his former weight class on short notice, he gave Jones his scariest moment in the Octagon after catching the champion in an armbar in round one. But Jones held on, escaped, and proceeded to control Belfort with a varied attack before submitting him with a shoulder lock in the fourth round.   Nevertheless, the Brazilian’s decision to take the fight was a testament to his toughness.

Belfort’s victories at middleweight have earned him his January 19 fight against top contender Michael Bisping.  Should he beat the Brit, he’ll be in the mix for an eventual title shot once more. There is now less talk of the “Old” and “New” Vitor. If it was ever a reasonable way of looking at the Brazilian’s career, it no longer is.  Despite critics eager to dismiss him, after profound personal tragedy and tough losses in the cage, Belfort has persevered.  He’s spent over 16 years in the toughest sport in the world. Now 35 and a father of three, “The Phenom” remains relevant and dangerous.