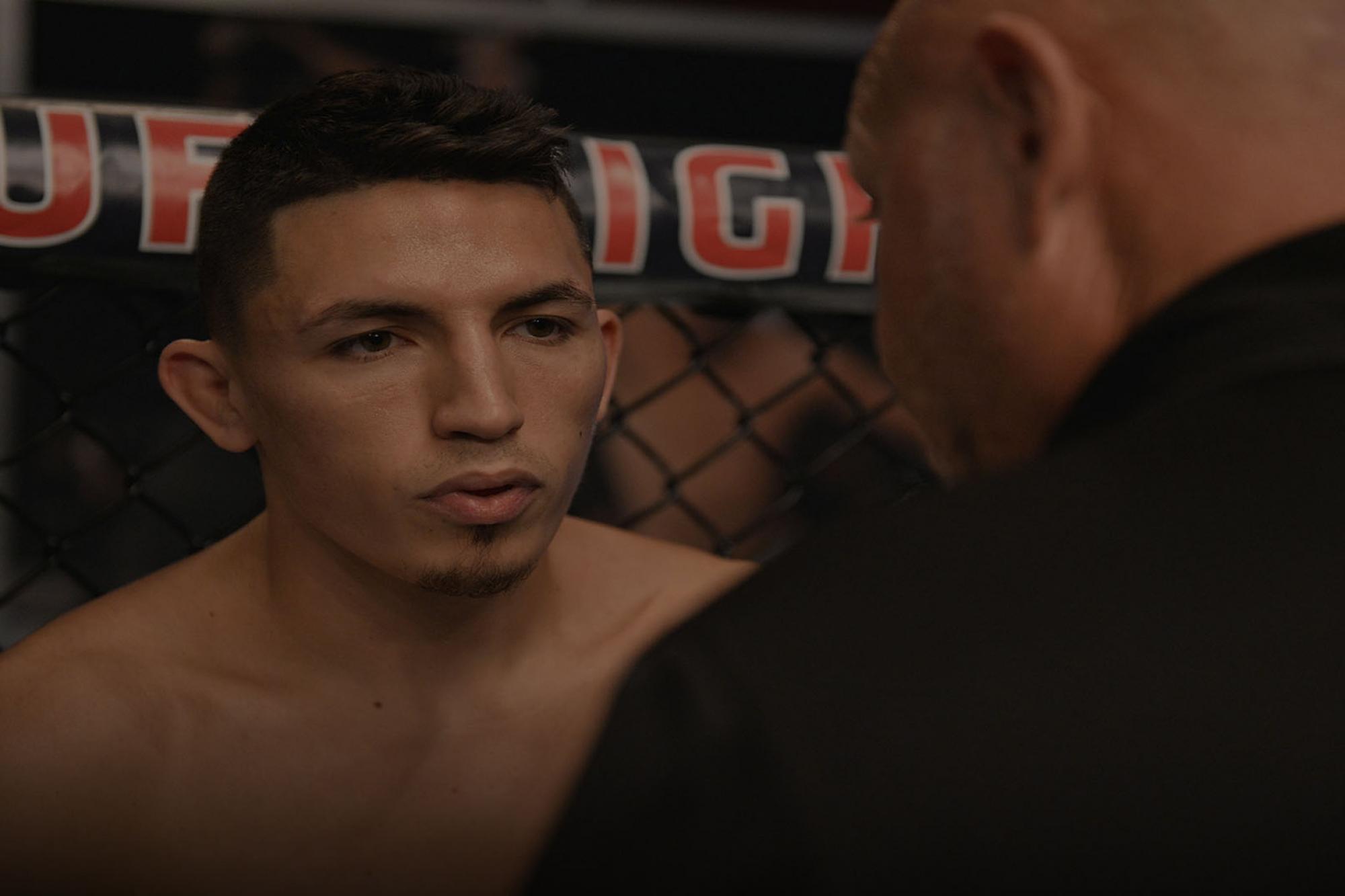 Morales Won't Feel Like UFC Fighter Until He Wins

UFC veteran Tony Fryklund saw it all over the course of his pro fighting career, one that saw him compete in the Octagon four times as well as battle the likes of Anderson Silva, Cung Le, Matt Lindland and Duane Ludwig.

But what I want to know from Vince Morales is whether his coach has told him any of the stories of the old days with the Miletich Fighting Systems squad.

“He’s told me so many stories,” laughs Morales, who makes his own UFC debut on Saturday against Song Yadong. “He’s got some of the craziest stories and it’s so insane to me. Those guys used to go hard. It’s a different world, almost.”

It was, which leads to the second question of why would he want to continue to fight after hearing all those stories? Morales doesn’t blink, because he’s cut from the same cloth as those old-school battlers. And being around Fryklund only convinces him that he made the right choice of vocation.

“There’s a wealth of knowledge with that guy,” said Morales. “If you could tip him upside down and drain all this stuff out of him in hourglass form, it would take ten years to get all the information out of his head.”

Yes, that’s the best description of anything I’ve seen in a long time. Morales laughs, then explains just what his coach brings to the table.

“Every time I go in there, it doesn’t even matter if it’s a half-hour session with him, I feel like I learn two to three new things that almost completely change my game,” he said. “How it settles in, I feel like, ‘Wow, I can really use this, I understand this,’ which leads me to understand this other aspect of MMA and fighting, in general.”

The 28-year-old Morales is a work in progress, and he’ll be the first to admit it. But if you’ve seen the bantamweight prospect in action, it’s clear that he can fight, so much so that it appeared that a UFC contract was a done deal for him in July when he finished up his first round with Domingo Pilarte on Dana White’s Tuesday Night Contender Series. Unfortunately, the dominant finish to the frame and the idea of the contract distracted the 7-1 prospect.

“I think that’s where I dropped the ball a little bit,” Morales said. “When the ref didn’t stop it and the (first) round ended, the first thing in my mind was, ‘Oh man, I don’t know if I’m gonna get that contract.’ I don’t remember anything my corner said to me between rounds, I don’t remember what my plan was, and those are out of character things for me. I’m a very composed fighter, and for that stuff to be an issue…I learned a lesson from it.”

Pilarte roared back in round two and submitted Morales, handing him his first defeat in nearly three years. But in the positive column, “Vandetta” learned a valuable lesson, and two months later he was back to his winning ways with a decision victory over Justin Williams-Hugo. Then the UFC call came. So it all worked out.

“Personally, I feel like even though I came away with a loss in a tough fight, I feel like I validated myself and still belong,” he said. “I had a minor mental lapse and that’s where I got caught and where things shifted. And I learned from that. Sometimes the best lessons learned are the hard ones, so I’ll take it on the chin. I got more motivated after that fight and I feel like since then, I’ve gotten twice as good. So even though it’s a bitter pill to swallow, I’m very happy with the overall outcome.”

And while he can now call himself a UFC fighter, there wasn’t too much time to sit back and take it all in.

“I had a split second of that driving home from the gym the day I got the call,” he laughs. “And then I realized the opponent I’ve got in front of me, the fact that it’s in a completely different country, and that there are a lot of new things going into this one, so I’m taking everything one thing at a time. And I’m not gonna feel like a UFC fighter until I get that win. So that’s what I’m focused on and what I’m aiming for.”

Tony Fryklund will be proud to hear that.