Moraes Teaches Saunders The Move That Beat Saunders In Brazil 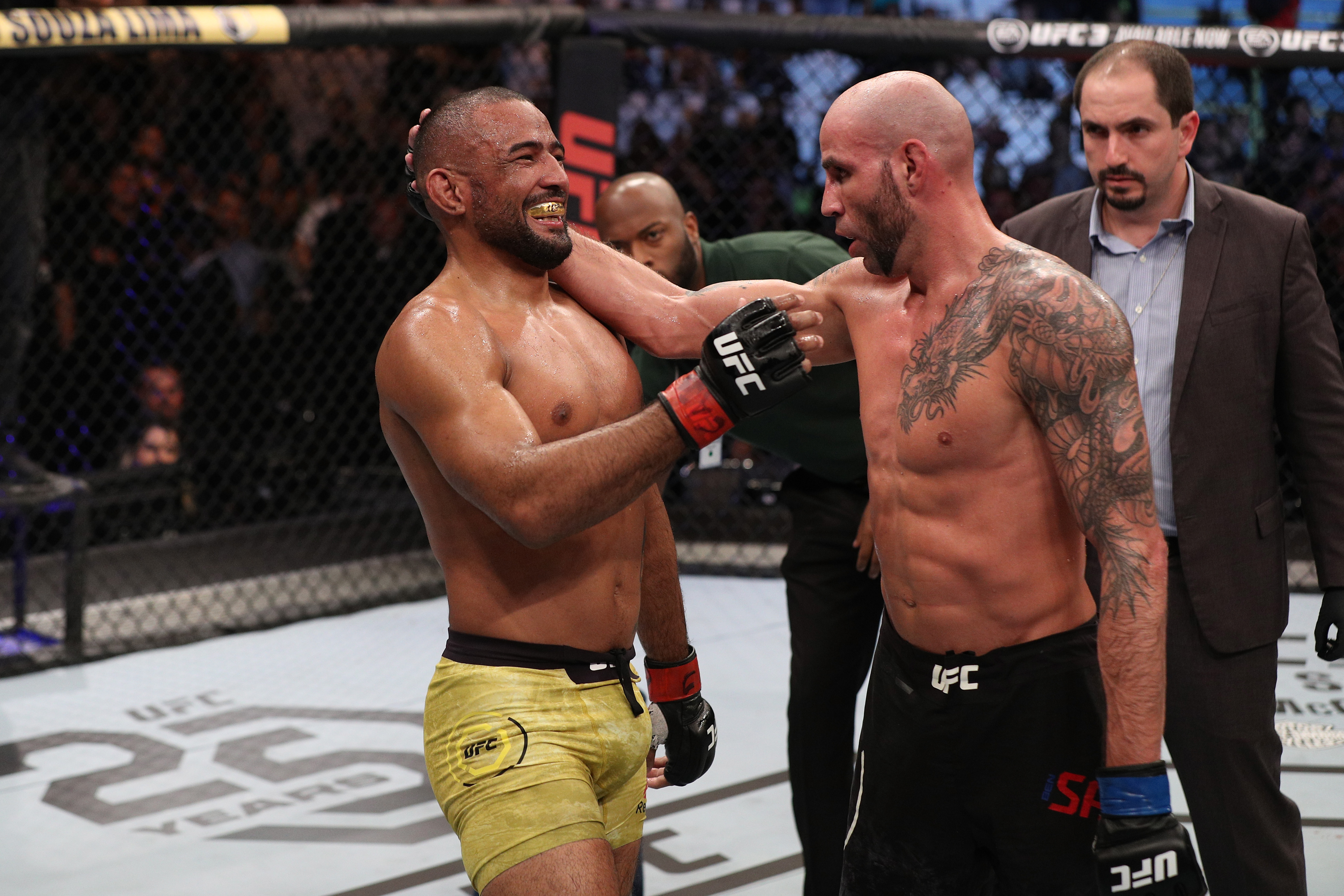 Ben Saunders congratulates Sergio Moraes of Brasil after Saunders was defeated by submission in their welterweight bout during the UFC Fight Night event at Ibirapuera Gymnasium on September 22, 2018 in Sao Paulo, Brazil. (Photo by Buda Mendes/Zuffa LLC via Getty Images)
" align="center" />After a loss, most fighters would want to move on to whatever is next, whether that be a new opponent, working on new skills to improve their game or taking a break before getting back into the grind. For Ben Saunders, moving forward meant looking backward, and he had his most recent opponent help him.
Saunders lost to Sergio Moraes via an arm triangle late in the second round of their fight at Fight Night Sao Paulo. In the video below, Moraes is shown teaching Saunders exactly how he got Saunders to tap before the second round ended.

This moment displays a unique display of sportsmanship, with Moraes willingly showing a humble Saunders how he ended up on top in Brazil.

Saunders reposted the video on his own Instagram account, saying:
"As a real martial artist and a student of the game, I respect every opponent before and after the fight no matter the outcome. I had a ton of respect for @serginhoalliance going into this fight and was honored to battle him in his home of Brazil. After the fight we got to talk and exchange some techniques. This is what this sport is all about in my opinion. The best martial artists from around the world testing themselves against eachother. Styles VS Style. It is a beautiful thing. It truly feels like I am living out a script from a movie or a video game. Loving everything about my lifelong journey as a true #Samurai."
Whether or not Saunders implements this technique in future fights is up in the air, but at the very least, it's a cool moment between two fighters.