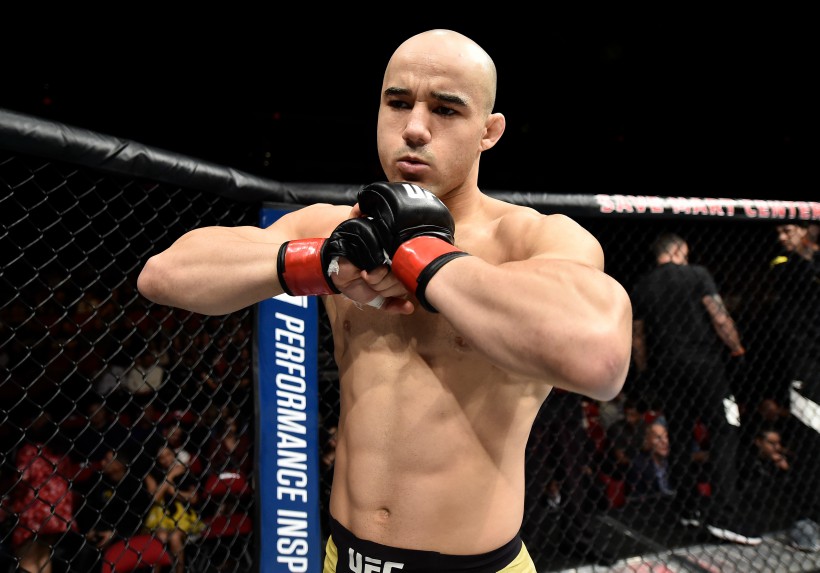 From the time he signed with the UFC, all Marlon Moraes has wanted to do is prove that he’s one of the best bantamweights on the planet.

Many believed the talented Brazilian had already done so during his impressive time competing under the World Series of Fighting banner, where he went 11-0, capturing the promotion’s bantamweight title and successfully defending it five times.

Others wanted to see him compete in the Octagon first, but quickly got on board with the idea when he went toe-to-toe with perennial contender Raphael Assuncao in his promotional debut. Although he landed on the wrong side of the split decision verdict, Moraes acquitted himself well and followed it up with another strong showing against another Top 10 mainstay, John Dodson, five months later.

After edging out “The Magician” on the cards in November, the Iron Army representative made a hasty return to the cage a month later, filling in for the injured Rani Yahya opposite Aljamain Sterling in Fresno, California. It took just over a minute for Moraes to register his second win in a matter of weeks, as he caught Sterling with a knee to the temple as the Serra-Longo Fight Team member ducked in for a takedown.

The crushing first-round knockout win over Sterling and consecutive victories over Top 10 opponents proved to finally be enough to convince fellow bantamweight contender Jimmie Rivera to sign on the dotted line, setting up Friday’s highly anticipated headlining clash between the East Coast standouts at the Adirondack Bank Center in Utica, New York. 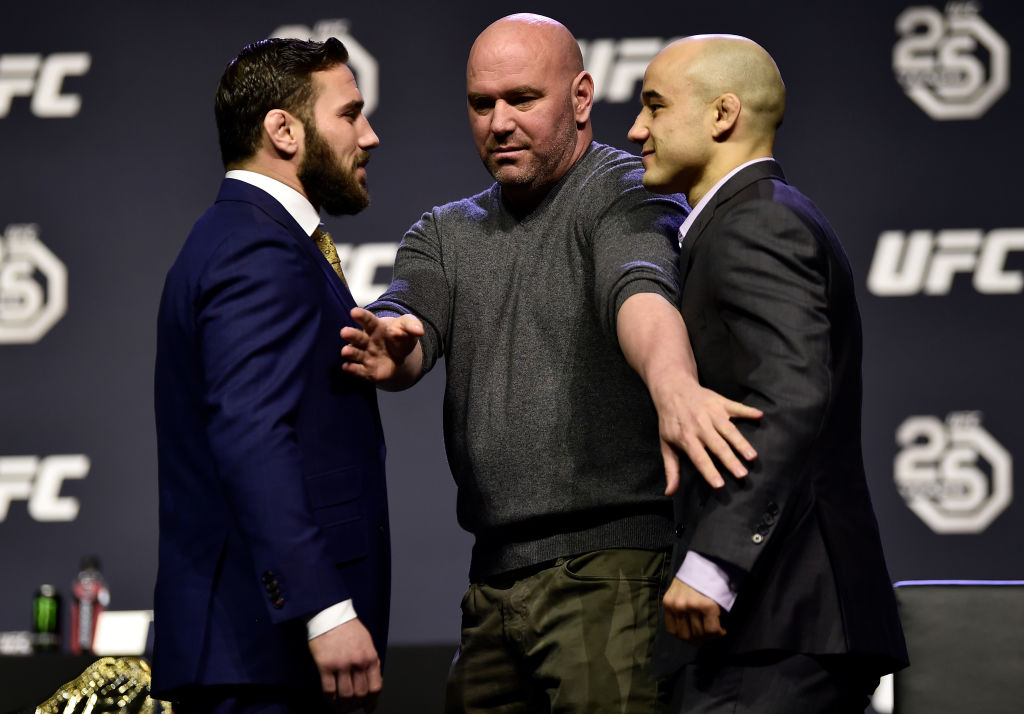 Whether in person or over social media, the 135-pound contenders have been jawing with each other for months, ratcheting up the intrigue in their impending showdown and turning the compelling potential title eliminator into a heated grudge match.

For Moraes, it’s a fight he’s been after since his first day on the UFC roster, and the fact that Rivera was reluctant to meet him in the Octagon is what made this personal.

“I think I’m one of the best in the world and when I first signed with the UFC, he acted like I wasn’t deserving to fight him,” he explained. “That pissed me off a little bit because I was willing to fight anybody.

“He kept saying he wanted to fight the top guys, but man, I feel I’m at the top and June 1, I’m going to prove it.”

Following an extended run of success fighting largely in his home state of New Jersey, Rivera has continued rolling since joining the UFC roster in November 2015, stacking up five consecutive victories to extend his overall winning streak to an astounding 20-straight and cement himself as one of the top contenders in the bantamweight division.

While Moraes’ head coach Mark Henry has admitted that he’s grabbed some of the spicier things Rivera has said about his charge on social media to use as “bulletin board material” to up the intensity of their training sessions, the laid back fighter was quick to dismiss the idea of needing extra motivation to give his all inside the gym.

“This is what I did every single day for three months,” he added. “Now it’s just about going out there, make weight and fight; put on the best performance you have seen from Marlon Moraes.”

With a place at the top of the list of contenders in the crowded bantamweight division hanging in the balance and the pre-existing tensions between the two contenders continuing to simmer, the surging Brazilian standout only sees one way for his first UFC main event to play out.

“Fireworks,” said Moraes. “It’s going to be fire. This fight is fire.

“I want to win, he wants to win and we’re going to fight hard. It’s going to be a great fight and I’m going to win.