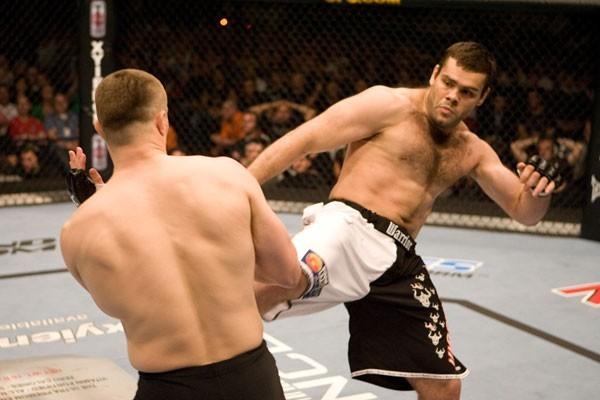 Some of the best, most important and most memorable fights in UFC history have taken place in the month of April.

With four events rapidly approaching next month, here’s a look through the history books at 10 classics that truly stand out.

The first “Superfight” in UFC history was the second chapter in a rivalry that began in the second tournament round of the inaugural event in Denver, Colorado. Shamrock hated losing to Gracie, underestimating the Brazilian’s skills and craving a chance for revenge.

After missing UFC 2 with a broken hand, Shamrock was unable to compete in the finals at UFC 3 due to injury as well. Rather than rolling the dice on the two stars meeting organically, they were booked together in the main event of UFC 5, but the fight failed to live up to expectations. A 30-minute time limit changed the complexion of the bout and after a five-minute overtime period, the contest was ultimately declared a draw.

Despite the outcome, this was the biggest fight in UFC history at the time and deserving of a place on this list.

After more than a year of build-up, the top two light heavyweights in the UFC finally shared the Octagon on April 2, 2004 inside the Mandalay Bay Events Center in Las Vegas, Nevada.

Both men entered off losses – Ortiz to Randy Couture in a title unification bout, Liddell to “Rampage” Jackson in the semifinals of the PRIDE middleweight Grand Prix – but that didn’t diminish the anticipation for this clash between two of the UFC’s biggest stars.

Less than 40 seconds into the second round, it was over. Liddell’s knockout win over Ortiz kicked off a seven-fight winning streak that included his reign atop the division and catapulted “The Iceman” to crossover stardom.

Ortiz would bounce back with five straight victories to earn a rematch, but while the second bout lasted twice as long, the outcome remained the same as Liddell picked up a third-round stoppage win to defend the UFC light heavyweight title.

What can be said about this fight that hasn’t already been said?

UFC President Dana White considers this the most important fight in UFC history and it’s hard to argue otherwise. As much as The Ultimate Fighter was a surprise hit, this back-and-forth brawl to determine the light heavyweight winner on the opening season is the bout that made a ton of people want to be a f*@&^#@ fighter!

The only downside of the fight is that it was so amazing that people completely forget that Rich Franklin picked up a first-round stoppage win over Ken Shamrock after the dust had settled from the Griffin-Bonnar slobberknocker.

Crazy fact: this welterweight title fight was actually the middle bout of this Pay-Per-View main card. This has also been cited as White’s favorite fight of all-time and it’s easy to understand why.

The two had met 17 months earlier with Hughes earning a first-round submission win, sinking in a rear naked choke while backpacking Trigg. Early in this rematch, Trigg clipped the welterweight champion with an unintentional low blow, but the referee didn’t see it and the fight continued.

Trigg pounced and locked in a rear naked choke. Hughes looked like he was defeated, but the Miletich Fighting Systems student fought his way free, scooped up Trigg and carried him across the cage before planting him into the canvas with a high-impact slam that lives forever as one of the signature moments of the pre-main card video montage that plays in the arena at UFC live events.

Hughes would latch on to a rear naked choke of his own to secure the first-round finish and cap the improbable comeback win.

After coaching opposite one another on the inaugural season of The Ultimate Fighter, Liddell and Couture met for a second time. Couture won the first meeting, picking up a third-round TKO win to claim the interim light heavyweight title, but things would be very different in this rematch.

Just over two minutes into the opening round, Liddell landed a counter right hand that stopped the advancing Couture in his tracks. Two quick follow-ups later, “The Iceman” had avenged his earlier defeat and set the stage for their third bout at UFC 57.

It was supposed to be a walk in the park – a young, talented champion taking on a veteran former lightweight who earned his shot at welterweight gold by winning Season 4 of The Ultimate Fighter. On paper, Matt Serra had no business being in the cage with Georges St-Pierre, but that’s why they fight.

The Long Island native clipped St-Pierre with a right hand that put the champion on roller skates midway through the opening frame. Rather than retreat and recover, St-Pierre came forward looking to return fire, but he was still dazed and Serra capitalized, putting him away moments later to claim the welterweight title and complete the biggest upset in UFC history.

St-Pierre would avenge the loss and regain the welterweight title 12 months later in another April classic at UFC 83 in Montreal.

After a storied career in PRIDE, Cro Cop finally joined the UFC heavyweight ranks in 2007, and following a debut win over Eddie Sanchez, all that stood between the Croatian superstar and a heavyweight title showdown with Randy Couture was Gabriel Gonzaga.

As it turns out, no one told “Napao” that he was supposed to go quietly into the good night, as the hulking Brazilian heavyweight dropped Cro Cop with an out-of-nowhere head kick late in the opening round to pull off the massive upset and earn the title shot.

Still the signature win of Gonzaga’s career, the two will get reacquainted next month when they headline the UFC’s debut event in Krakow, Poland.

Edgar had opened some eyes with his unanimous decision win over former champion Sean Sherk at UFC 98, but riding a three-fight winning streak and coming off a victory over Matt Veach, few expected the Toms River, New Jersey native to have the answers against Penn because “The Prodigy” was at the height of his lightweight dominance heading into this one.

After coming up short in his welterweight rematch with Georges St-Pierre at UFC 94, Penn returned to lightweight, and dominated Kenny Florian and Diego Sanchez in defense of his title.

Utilizing his footwork and quickness, Edgar peppered Penn and slipped in quick takedowns, going toe-to-toe with the UFC legend over the full 25 minutes. When the scores were announced, they all fell in favor of Edgar and a new champion was crowned.

Looking at the result from this fight on paper doesn’t do the bout justice. While Aldo earned a unanimous decision victory to retain the UFC featherweight champion, this was one of the more electric contests in recent memory.

Words can’t express how loud it was when Hominick sprinted to the cage as Diddy’s “Coming Home” echoed through Rogers Centre as 55,000-plus people cheered on the Canadian contender. Not only was this Hominick’s first fight in his home province of Ontario, but his wife was on the brink of giving birth to the couple’s first child as well, making for a Hollywood story in need of a incredible ending.

Over the first four rounds, Aldo was having none of it, beating Hominick to the punch repeatedly, leaving the Canadian with a massive hematoma. But over the final five minutes, the Team Tompkins standout turned it on, taking the fight to the Brazilian champion in search of the finish, causing the partisan crowd to try to will him to victory.

It wasn’t to be, but it was still an amazing moment, capped by the two doing push-ups side-by-side in the center of the cage when it was done.

Fighting for a coaching position on Season 18 of The Ultimate Fighter and a shot at women’s bantamweight champion Ronda Rousey, Tate and Zingano left it all in this Fight of the Night-winning clash.

While the former Strikeforce champion Tate led the dance early, Zingano would not fade, and as the fight wore on, the unbeaten Colorado native picked up the pace and turned up the pressure. Midway through the third, a hail of punches and nasty knees from Zingano brought the bout to a close.

Though a knee injury would ultimately force Zingano out of the coaching position on TUF and the fight with Rousey, this performance remains one of the best April fights in UFC history.