Jackson's been building up a nice fan following and starting to get recognized as a top prospect at 135 pounds. Is he getting tired of being a celebrity yet? “No, I’m just getting started,” he laughs.
By Thomas Gerbasi • Apr. 6, 2019

The lessons were simple for Montel Jackson growing up in Milwaukee.

“You’ve got to stand up for yourself.”

“Don’t walk around looking at your shoes, boy.”

“You walk around with your head up, you look everybody in the eye, you speak with confidence, and you shake their hand.”

It was an old school education, the kind not many receive anymore, and maybe that’s the point. Maybe that’s why Jackson has a bright future in the UFC’s bantamweight division while many of his peers are stuck, beaten down by circumstances or their environment or both. It’s a situation Jackson hates hearing about, but one he’s not about to let sit unattended.

So whenever he’s not in the gym, he’s talking to the kids of his hometown, providing not just an example of what they can be, but how to get there. 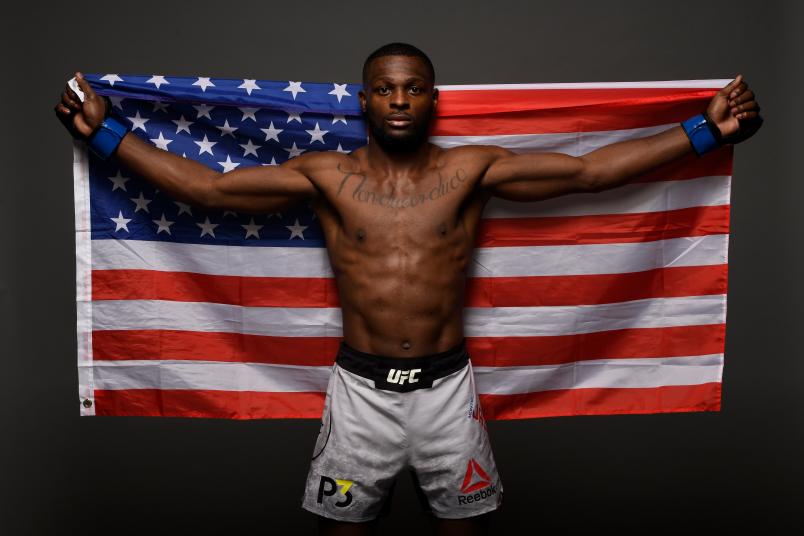 INGLEWOOD, CA - DECEMBER 29: Montel Jackson poses for a portrait backstage during the UFC 232 event inside The Forum on December 29, 2018 in Inglewood, California. (Photo by Mike Roach/Zuffa LLC/Zuffa LLC via Getty Images)

INGLEWOOD, CA - DECEMBER 29: Montel Jackson poses for a portrait backstage during the UFC 232 event inside The Forum on December 29, 2018 in Inglewood, California. (Photo by Mike Roach/Zuffa LLC/Zuffa LLC via Getty Images)

“Some of the kids in my neighborhood, I talk to them all the time,” said Jackson, mentioning in particular a youngster who was in and out of juvenile detention but kept getting a talking to from Jackson. Eventually, Jackson saw that the kid had gotten a job at a gas station and was turning things around.

“He didn’t know how happy it made me,” said Jackson. “I tell them, ‘You can be whatever you want to be. If you hang around losers, you’re gonna lose, but if you hang around winners, you’ll win. You’ve got to change your surroundings, change the things you do. Hang out on the corner or the crack house, that’s not life. Go out and experience something new. Leave this neighborhood. Most people get killed in their own neighborhood. Go experience life, make some new friends, go explore, go do something you haven’t done before.”

That’s a lot of maturity for someone so young, but Jackson insists that his birth certificate will confirm that he’s 26 years old.

“I want to stay young forever,” he laughs as the days count down to his third trip to the Octagon on April 13, when he will face Andre Soukhamthath. A veteran of the second season of Dana White’s Tuesday Night Contender Series, Jackson was decisioned in his short-notice UFC debut by Ricky Simon last August, but in December, he submitted veteran standout Brian Kelleher in less than two minutes. 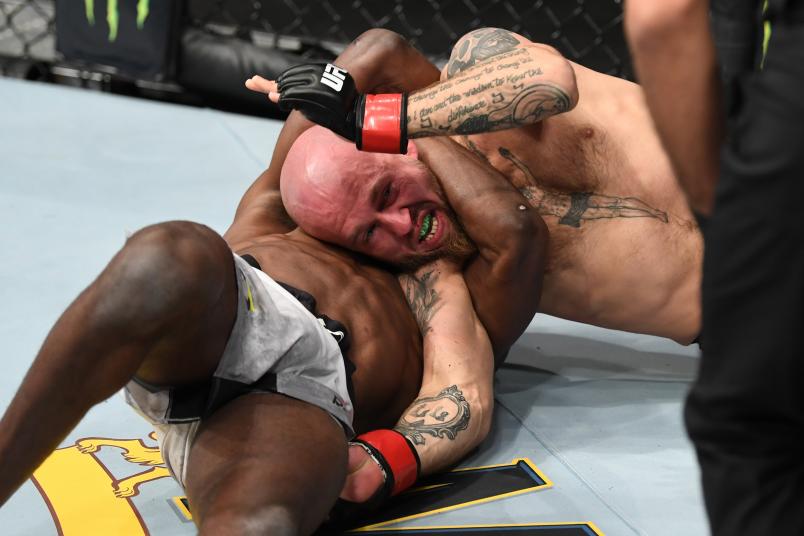 Along the way, he’s been building up a nice fan following and starting to get recognized as a top prospect at 135 pounds. Is he getting tired of being a celebrity yet?

“No, I’m just getting started,” he laughs. “I’m trying to stay busy, stay active, stay in the gym.”

And when the phone rings with a fight, he answers with no hesitation. It’s just the way he’s built. That’s not surprising considering how he used to make friends.

“When I moved to a different neighborhood, that was one of the ways you make friends,” he said. “Most of my friends I ever made in my life, I fought them first. You’re either gonna be friends or you’re gonna keep fighting until you finally beat him and then you probably become friends.”

Again, that’s as old school as it gets. And in keeping with that philosophy, when asked if he’s feeling a little impatient now that he’s gotten a taste of Octagon success, Jackson plays it cool.

“In poker, the first thing you learn is not to tip your hand,” he said. “If you’re holding all the cards, you’ve got to keep that face and don’t give any cues or telegraph anything. Sit back and wait, and you’ve got to draw them in.”

That’s one more lesson learned from his formative years, and yet another one he can impart to the kids of his neighborhood. But while Jackson hopes he can be a beacon of light for a younger generation, it’s also a role he takes with some trepidation.

“I do, but sometimes I worry about it,” he said. “Just because of the fact that I don’t want them to use my story as justification to experience the things I experienced and do the things I did. So sometimes I worry about telling my story because I don’t want those kids to think ‘Oh Montel did this and that and he still made it, he’s still successful.’ But I want them to learn from my mistakes, not do the things I did and not see the things I had to see because it will take a toll on you if you’re not mentally strong, and you’ll fall victim to your circumstances and your environment. I don’t want to steer any kid down that path so they think that they can go down that hole and come out. It would just break my heart.”

With that, Montel Jackson loses his poker face. But come April 13 in Atlanta, it will be back, and everything he’s gone through to get to this place is coming with him.

“Knowing all the pain and suffering and trauma that you went through, it gives you a mental edge,” he said. “You’re not afraid of anything, and it gives you that mental fortitude. I’ve been in the worst scenarios and I’m still here and I’ve got the scars to prove it.”