Liverpool Native Knows The O2 Arena Will Erupt When She Makes The Walk Saturday
By Gavin Porter, on Twitter: @PorterUFCnews • Mar. 17, 2022

The UFC’s return to the United Kingdom wouldn’t be complete without the one and only “Meatball” Molly McCann.

The 31-year-old Scouser has proven to be a must-watch fighter in the UFC’s women’s flyweight division by combining her thrilling fight style and toughness with true charisma inside the Octagon. And she’s expecting the roof to blow off the O2 Arena this weekend when she makes the walk to face Luana Carolina at UFC Fight Night: Volkov vs Aspinall.

“People have been looking forward to this like you wouldn’t believe. It’s like the pride of Europe, all the European fight fans get to come here and it’s like our hub,” McCann told UFC.com. “It’s just a nice atmosphere and they really get behind the fighters, and when they smell blood in the water, the atmosphere erupts.” 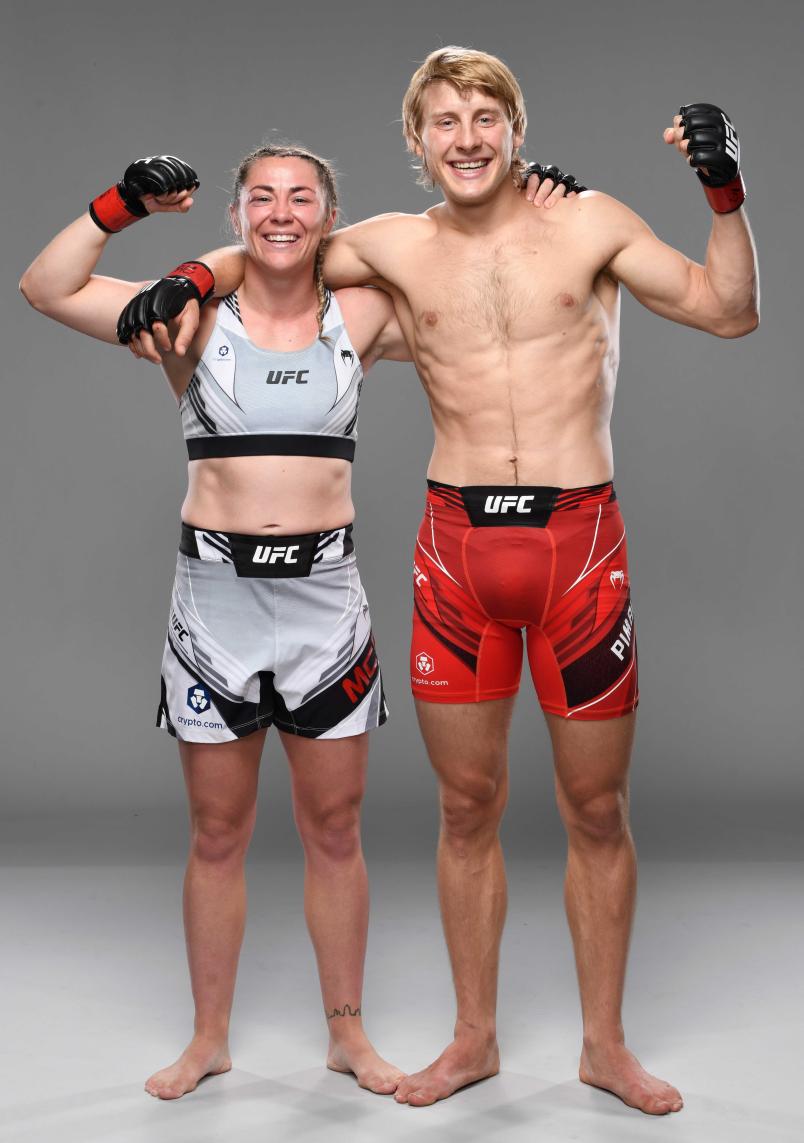 McCann is undoubtedly the type of fighter to manifest the energy from the crowd and release it in the form of punches and kicks. McCann has admitted that the energy and hype she feels during her fights has been too much to ignore at times, and she’s allowed herself to get carried away from her gameplan.

If she’s going to defeat Carolina, she knows that she can’t afford to lose her focus.

“Get emotional at the walk in [to the Octagon], feed off the energy and find the correct emotion,” McCann said. “When I’m in there, I’m at work, this is my job.”

In her last fight against Ji Yeon Kim, McCann managed to find the perfect balance between harnessing her adrenaline and following the gameplan. She turned it up in the final round, throwing caution into the wind at times and overwhelming Kim.

“If I haven’t finished it or we get to the last round, I get to do me and express myself well,” McCann said. “The last fight had to be like that, and then you’ve seen in my other wins at UFC Greenville and UFC Boston that I had a more measured approach. You’ll always see in the last round of any “Meatball” fight, I know I’ve got them. My coaches and training partners have pushed me past the point of what this girl is going to be able to push me. You’ll just see the smile [in the final round] like, ‘I can go and have chicken wings and beer now.’ The pressure is gone.

“We can say that the energy could be a detriment but definitely it will be to her when I start banging her head in or kicking her head in or if I want to take her down and take her down,” McCann added. “I think she’s going to be very shocked when the crowd is going to get on her back, and I don’t know how people are going to react to that because you see every round they deteriorate when the crowd starts cheering for me.” 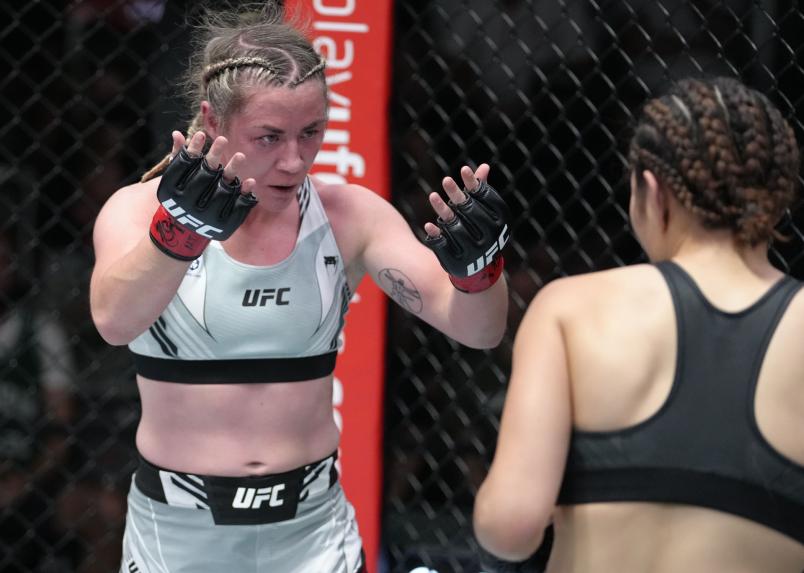 A fully packed O2 Arena isn’t something new to McCann, as she defeated Priscila Cachoeira in London three years ago. Thanks to that experience and her other trips to the Octagon, she’s feeling at home during fight week so far and feeling less nervous energy than she anticipated.

“Three years ago, I sat in the same seat with the pressure of not having a win within the UFC. We’ve been around the world and back again a few times, but we are back home now, and I’ve got a lot more wins under my belt,” McCann said. “I’ve got my family here, as in my gym family. I got my little big brother [Paddy Pimblett] in the people’s main event and I’ll be in the people’s co-main event. It feels like home and it’s not as nerve wracking.”

Discovering her comfort zone is one of the biggest reasons that McCann has found success in the UFC. McCann admits that it’s been a steep learning curve since joining the roster in 2018, but the opportunity to grow up against some of the best fighters in the world has been the best curriculum she could ask for.

That’s why she was able to revisit losses to the likes of Gillian Robertson, Taila Santos and Lara Procopio, and then diagnose what prevented her from winning and how she can avoid those mistakes in the future.

"Coming up, we had this fearless belief anyway, then along the way I went on a little bit of a skid,” McCann said. “Looking back now, I wasn’t actually doing anything wrong. We didn’t put the right gameplans together and I didn’t execute. I should have made the change when I was in there. At that moment in time, it wasn’t their [my coaches] job; it was my job to change, and I didn’t adapt in the fights where I lost.”

McCann felt like she adapted well against Kim and was excellent at overcoming adversity in a closely contested fight. It was an important win for McCann, one that helped her turn the page and put a couple losses behind her.

The victory over Kim also helped McCann find her footing in the flyweight division and set up her showdown with Carolina, who is riding a two-fight win streak into Saturday’s bout. The Brazilian has been impressive in her short time with the UFC, and she caught the attention of McCann when she made her UFC debut at UFC 237.

It’s going off in 5 sleeps pic.twitter.com/Hdc1C5nhhA

McCann remembers watching UFC 237 and seeing Carolina drop Cachoeira with a head kick. In that moment, McCann gained respect for Carolina, as she had beaten Cachoeira by unanimous decision but was unable to drop her during their bout.

With that thought in the back of her head, McCann gave her all in this training camp and feels like she’s ready to put the pedal to the metal and make a statement.

“Do I think that she can beat me? No. Do I believe in myself? Yes.”

“If I don’t execute my gameplan it will be the hardest night’s work of my life, but I’m ready for whatever she throws at me.”