Molly McCann: More Than A Fight

When Molly McCann makes the walk to the Octagon at UFC Fight Night: Overeem vs Volkov, she'll be looking to give her late father one heck of a birthday present.
By Zac Pacleb, on Twitter @ZacPacleb • Feb. 3, 2021

This fight means a little more for Molly McCann – not because she’s fighting in Las Vegas for the first time, and not because she wants to bounce back from a loss. After accepting the fight against Laura Procopio, she realized fight night would land on her late father’s birthday.

The inspiration McCann draws from her dad, Paul Pearson, who passed away before she joined the UFC, is well-documented, as is the simple message he told her before passing: “Go and get the belt and take care of your mom.” She took that to heart and imbues her fights with that kind of drive and excitement, which will be on another level when she ticks another item off her bucket list by fighting in Las Vegas.

Five fights into her UFC career, McCann has established herself as a fan-favorite, all-action fighter who embraces the spirit of her hometown of Liverpool. After dropping her debut, she rattled off three wins in 2019 and landed in the Top 15. But the COVID-19 pandemic scrapped her scheduled bout against Ashlee Evans-Smith in London, and a few months later, she found herself on the wrong end of a unanimous decision against Taila Santos.

“I was in prime condition, so when I lost, it was tough to take,” McCann said. “But, when you know you’ve given your best - until that clapper went, I was still going. I’m proud of my performance - if you can go and walk down the street and people in your hometown, even after a loss, are shouting, ‘Go on, Meatball. Next time,’ you know you’re doing something right.”

In Procopio, McCann faces her fourth Brazilian in five UFC fights, something in which she finds both humor and enjoyment, imagining UFC matchmaker Mick Maynard putting the Scouser against hard-nosed Brazilians over and over again. McCann wouldn’t have it any other way, as her trio of wins over Priscila Cachoeira, Ariane Lipski and Romania’s Diana Belbita showed.

Coming off the loss to Santos, McCann noted her dislike of how Santos was able to outmuscle her against the cage (something Santos also did to Top 15 flyweight Gillian Robertson in her ensuing fight) and trained accordingly. She and her team at Next Generation MMA in Liverpool created a bubble in order to train for their respective fights, and just a few days away from fight night, McCann is certain she has put in the necessary work to find success. 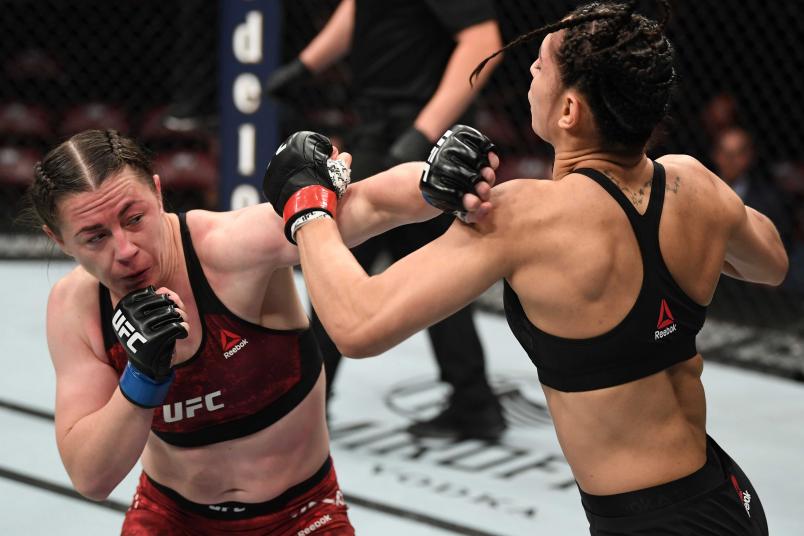 “It’s been the hardest camp of my life,” she said. “There’s not been moments of, ‘I can’t do this,’ but there’s been absolute moments of feeling like when I first started. I’ve trained with heavier boys because I lost the last fight because someone knew how to use their strength more on me than I was used to. I can squat 130kg. I can deadlift 180kg. I’m strong, but she was just a different gravy, so I put myself in a position where I was uncomfortable every single f**king day, and that’s the only way you can improve.

“This fight, I will be clinical, and I will find the finish,” she continued. “It’s just going to be a little bit more Max Holloway style of accumulating, and then when I see the finish, I’m f**king going for it, which I always do anyway, just the last fight I never kind of got the momentum for that. There was only one big shot of the whole fight, and that was hard for me to deal with, but I got so many traps set for Lara to walk in, and I have worked so hard on fighting, having different patterns to what everyone has seen. She’s getting it.”

Putting herself through that adversity is something McCann welcomes, and it’s all with the end goal of climbing the flyweight ladder rung by rung. There was a short period of time when McCann wasn’t sure if she and her team would be able to make it to Las Vegas due to travel restrictions around the world, and she is relishing the opportunity to provide hope and entertainment for anyone locked down in her hometown. 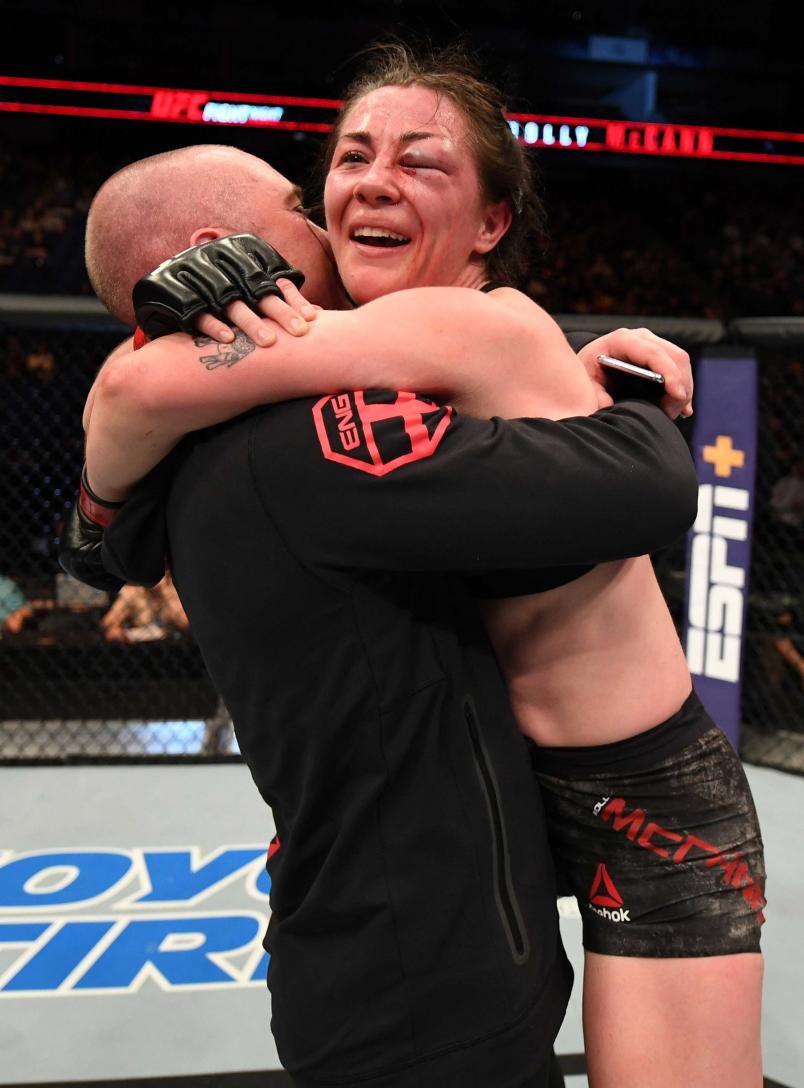 “No one has got nothing to do,” McCann said. “I am like the glimmer of hope for anyone. It’s a bit of pressure, but pressure creates diamonds like Dustin (Poirier) says, and like (champion boxer) Katie Taylor says, ‘Pressure is a privilege.’ It’s humbling, and I just feel so aligned.”

“Meatball” is a fighter who wears her heart on her sleeve in interviews, in fights and in conversation, and the emotions will naturally be high once again on fight night and her dad’s birthday. She plans to have a picture of him with her in the locker room before the fight, and she also brought two of his favorite snacks – Percy Pigs and Pepsi Max – to (hopefully) celebrate with at the end of the night.

“The only thing I can give back is to honor his memory,” she said. “This is it. Fighting for your family’s last name and for their honor is what you do, so it’s only going to push me one way come Saturday night.”