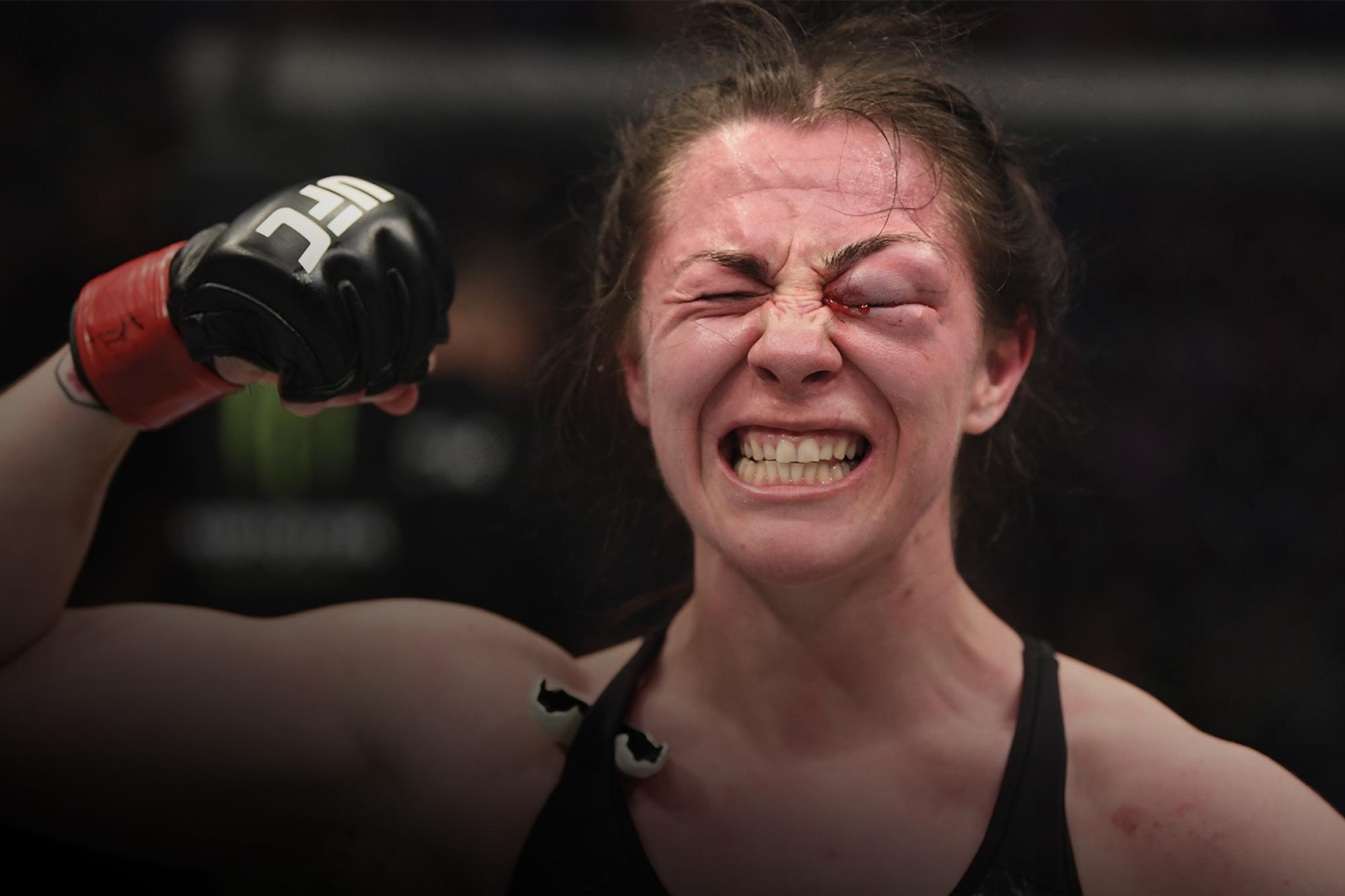 A day after notching her second win of 2019, Molly McCann felt like she could breathe again.

Despite entering her bout with Ariane Lipski as a moderate betting underdog, McCann dominated in both striking and grappling exchanges en route to a unanimous decision victory. She did so while entertaining the crowd, at different points waving to the fans following a takedown and, with 10 seconds left in the fight, pointing to the ground and asking Lipski to slug it out until the end.

“I don’t have to be scared because it’s routine now,” McCann told UFC.com. “When I used to come here, it was like, ‘Oh my God, I’m doing an interview. Oh, this, this and this.’ Everything is really stripped back, and it’s not as scary as what it was.”

McCann is open about how she let her excitement get ahead of her when she debuted at UFC Liverpool in May 2018. Coming in on a six-fight win streak, McCann’s first foray in the promotion ended with her asleep on the canvas. Flyweight contender Gillian Robertson’s grappling prowess proved too much, and the Canadian sunk in a rear naked choke in the second round to get the win.

Afterward, she made changes to her nutrition and made dedicated strides in her ground game before entering the Octagon for a second time 10 months later. It was then, against Priscila Cachoeira, that McCann became the first Englishwoman to get her hand raised in the UFC. After repeating her success in Greenville, the Liverpool native is aware of the rising momentum around her career.

“The fight at UFC London, it was a bit of a make or break,” she said. “Then the first fight stateside in Greenville was the stamp of approval for me where I knew I belonged here. And I think this is my big moment where I get to become a star that I know I’m capable of being.”

McCann added she feels much more “grounded” entering her bout with UFC debutant Diana Belbita than her two bouts earlier in the year. While her life as a UFC fighter still catches her off guard, the fact of it doesn’t drip as much doubt into her mind as it may have in the past.

“It’s still mental for me,” she said. “But I’m doing this because when you grow up, you always believe, ‘I’m going to be world champion. I’m going to do this, this, and this,’ and then when you’re in the moment, it’s really surreal. But I’m starting to believe in myself.”

Part of that belief is because of the improvements she has made in the grappling department. Although McCann fashioned herself a boxer and brawler, which fit her Scouser roots, she knew she needed to evolve. Following her debut, McCann said she dedicated more than 100 days strictly to working on jiu-jitsu and fell in love with it. The training translated to success, and it didn’t hurt that she got some encouragement from fellow Brit and UFC Hall of Fame member Michael Bisping, as well.

“It’s took me until the third fight in the UFC for me to have confidence to be like, ‘Well, I take people down in the gym and submit them, and I punch their heads in in the gym, so why can’t I do it in the Octagon?’” she said. “(Bisping) was like, ‘Do that earlier. You’ll finish her. Just go in straight away and take them down and elbow their face in.’ Who knows? It might happen. It might not.”

McCann radiates calm and confidence. Although she understands those who expected a higher ranked opponent after two wins, she isn’t getting ahead of herself, pointing out the fact that Belbita holds a better record and more finishes than her.

She described this most recent fight camp as the first time she hasn’t had to battle herself mentally every day. That said, don’t expect any sort of timidity when McCann walks to the Octagon at TD Garden. It just isn’t in her character.

“I am probably the most emotional person you’ll meet in terms of I’m the most happiest, sensitive, angriest b**** on this planet, and I know how to fight,” McCann said. “I haven’t got a switch off. I haven’t got a turn on. It’s just in me to do that.”