The fighting career of Bobby Moffett was over.

Owner of a 10-2 record heading into a January bout with Ultimate Fighter alum Thanh Le, the Illinois native was positive that this was the win that was going to take him to the UFC, or at least put him on the radar of MMA’s biggest promotion.

Then Moffett lost, getting stopped by Le in the second round. The way he saw it, that shattered his chances of a call from the UFC.

“I thought after that it was going to be impossible,” Moffett recalled. “It was probably the biggest fight of my career and it’s over. I was in the cage, waiting for them to announce the winner, I looked at my coaches, and I was crying a little bit because it was heartbreaking. No one’s gonna take me now. I’m not gonna get into the UFC with three losses.”

Moffett left the cage that night as an ex-fighter. A couple hours later, he was back in the game and more determined than ever.

“I talked to my teammates and they were very encouraging, telling me to keep at it and that I could get back there,” said the featherweight from the MMA Lab. “So I said, ‘I am gonna make this happen. If I have to die doing it, I’m going to. This is a do or die.’”

All he needed was a plan, and as soon as the dust settled in Phoenix, he got on the phone with his manager, Rick Guerrero. The plan was simple. Six more fights by the end of 2018, and he would be back in position for a UFC call.

I told him I want to get back to the position I was just in,” Moffett recalled. “This is my dream and I want to make this happen. I know I can be the best in the world. I need to do this.” 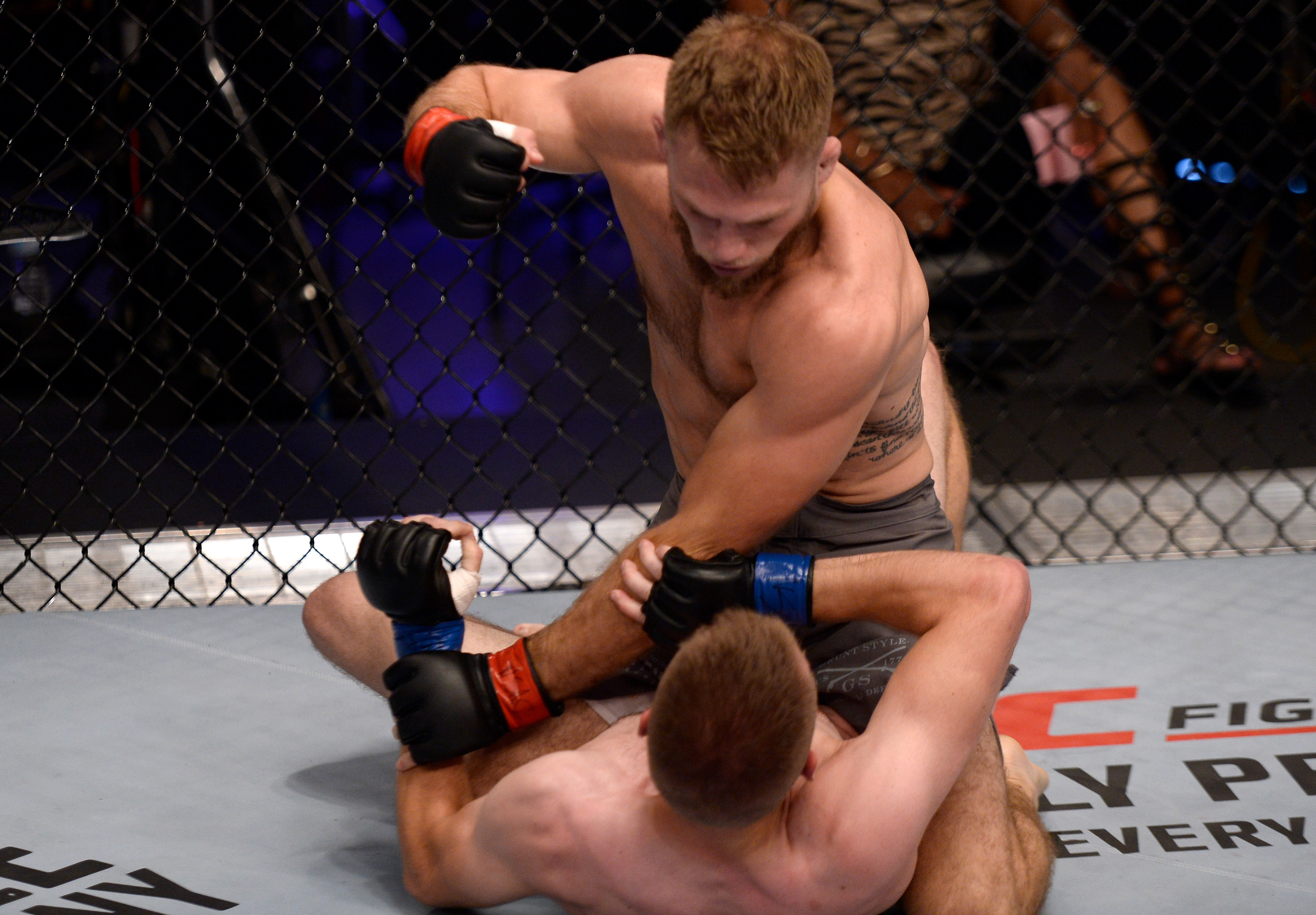 Guerrero got to work, and Moffett returned in April with a decision win over Enrique Gonzalez. In June, he submitted Johnathon Jackson in just over two minutes and caught the eye of UFC President Dana White on his “Lookin’ for a Fight” series. That win earned him a spot on the final show of the second season of Dana White’s Tuesday Night Contender Series on August 7.

Moffett won that one too, submitting Jacob Kilburn in the second round. Three fights, three wins and, oh yeah, a UFC contract.

“I didn’t think it was gonna happen this quickly after that fight in January. I thought it would be a whole year,” said the 28-year-old, who had been thinking about this moment since he was in high school and saw the first season of The Ultimate Fighter.

“I was like, ‘Oh my God, this is real fighting?’ I had no idea it was a sport. And ever since then it was always a dream of mine, and I started working towards that dream in 2009. It’s been something I felt for sure was going to happen, and it’s still very special for it to happen.”

But what about that six fights before the end of the year thing? He’s still got three to go.

Moffett laughs, but he wouldn’t mind sticking to it, and he’s already got his first UFC fight booked, as he will face Chas Skelly in Denver on November 10. For a guy who almost walked away from the game, he’s all-in and ready to take on all comers.

Again, he’s a man with a plan. 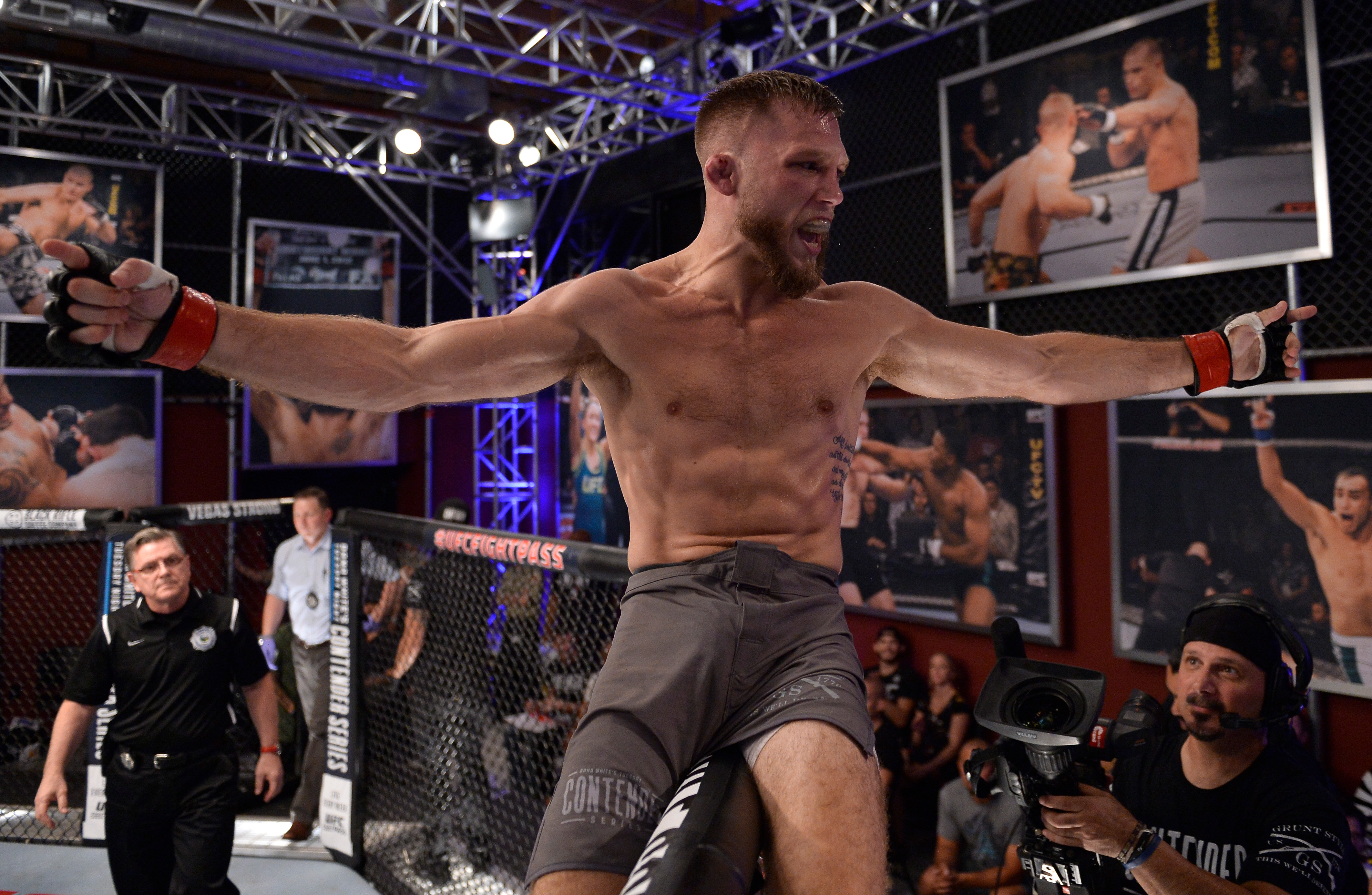 As for that night in January, he’s grateful for the teammates that brought him back, but he doesn’t shy away from his feelings that night.

“I have very high expectations for myself,” Moffett said. “I started fighting because I believe I can be the best fighter in the world. I wouldn’t have started fighting if I didn’t believe that a hundred percent. So when I lost, it made me feel like maybe I can’t be. And if I can’t be the best in the world, then what’s the point of doing this? But now it feels like I finally have become who I’m supposed to be and it feels right. I feel like I’m going to have my best performances here in the UFC.”