The MMA Evolution of Roger Gracie 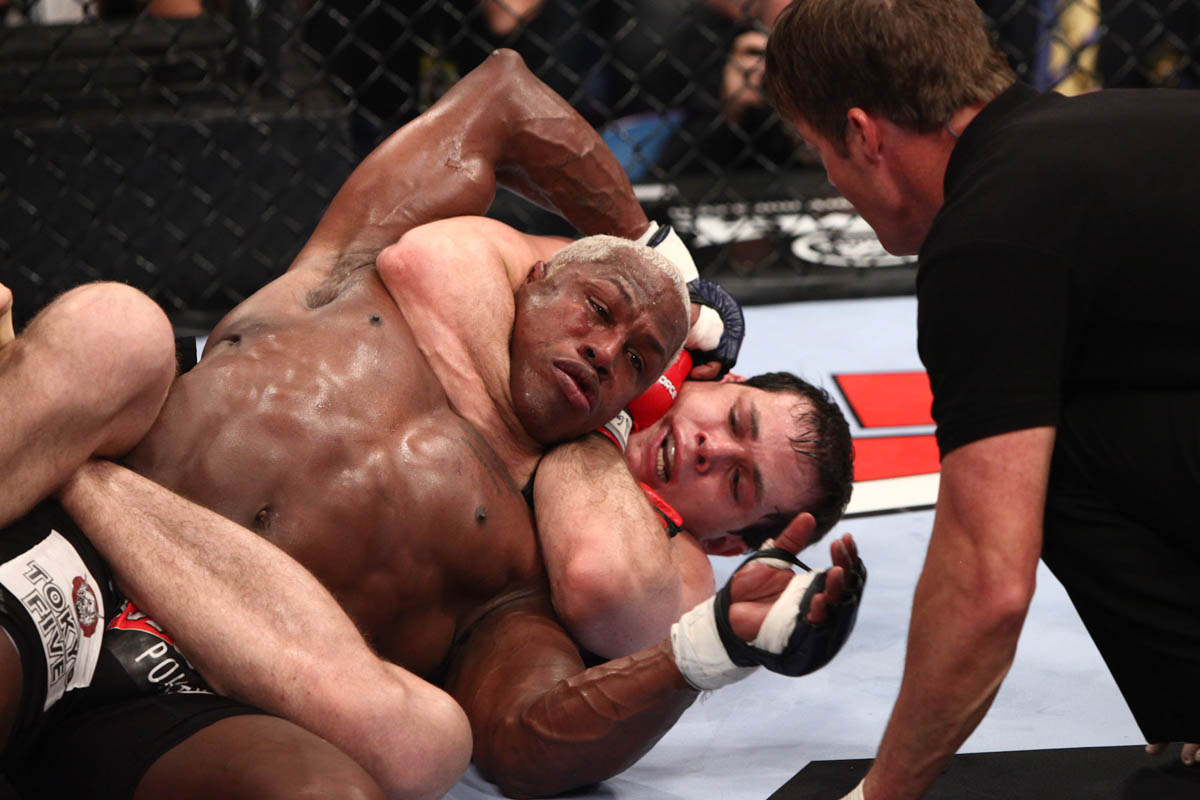 You hear it all the time - someone is fighting a world-class striker and he wants to test out his standup against him. The same thing happens when two top-level wrestlers collide, as there’s that little ego thing that says ‘let me see how I’ll do.' But for some reason, you never hear anyone saying that they want to test their ground game against a Gracie.

“There’s a good side and a bad side to it,” laughs Roger Gracie, renowned grappler and Strikeforce middleweight who returns to the cage this Saturday to face Keith Jardine. “They will be running like hell if I put them on the ground, and it will always be a hassle for me to get the fight to the ground, either being on top or the bottom. But knowing that they’re worried about something, I can maybe try to catch them when they’re not expecting it. I’m sure one day I’m gonna get someone that they’re gonna say ‘you know what, I think I can handle it a little bit,’ and hopefully I can show him.”

That’s wishful thinking, because no matter how good you think you may be on the ground, odds are that Gracie is better than you are. You won’t hear those words come out of his mouth, but they will come out of the mouth of his opponents and peers. So how do you fight him? Well, you work on staying standing and hope to land the kind of shot that won’t just put the Rio de Janeiro native down, but out.

Former Strikeforce light heavyweight champ Mo Lawal worked that plan to perfection in issuing Gracie his lone pro loss via first round knockout last September, but in the ensuing months, the 30-year old jiu-jitsu black belt has made some major changes. First, he decided on a drop from light heavyweight to middleweight, a process he said was going well when talking to him on Monday.

“Everything’s smooth, just the way that I expected,” he said. “It’s a big weight cut, but it’s going as I planned, so we’ll see. I think the closer I get to the fight the more miserable I’ll be.”

He laughed, which was a good indication of how the 20 pound drop to 185 was proceeding. As for his reason for heading south, he said it wasn’t an impulse decision.

“I’ve been thinking for a while that I’m a bit too light for the light heavyweight category,” he said. “I look at all the other fighters from that weight division, and they weigh a lot more than I do. And even though I was light, I was still not very lean, so I said I might as well just be lean, and then I’ll be even lower and way too low for the weight, so I decided to drop, and for me to drop I think I’ll have a huge advantage because I’ll have my reach.”

At 6-foot-4, Gracie will tower over most middleweights, and he even has two inches in height on another former light heavy in Jardine. But to utilize his height and reach effectively, he needed to amp up his striking game. Insert part two of the evolution of Roger Gracie – a move to the renowned Blackhouse MMA camp in California, where he’s had some pretty impressive help on a daily basis.

“My main training partner has been Lyoto Machida, and we’ve been training together twice a day every day for the past six weeks,” said Gracie of working with the former UFC light heavyweight champion. “He has great standup, I’ve learned a lot from him, and that adds great qualities to my standup game. Hopefully I’ll show it in this fight, but I think the more that time goes by, the better I am on my feet. I’m already taller than most of my opponents, and once I reach their level on my standup, because of my reach I’ll have a massive advantage.”

Working with the unorthodox Machida also gives Gracie a second advantage, as strikers don’t come more unorthodox than “The Dean of Mean,” even though his kind of awkward is almost impossible to replicate.

“I think it’s very difficult to find someone that fights like him,” he said. “You just gotta train with a big variety of people and try to mix it up. People try to imitate his style for the fight, but I think we’ll just get ready for everything, and whatever comes, it’s not gonna be a surprise.”

With a win on Saturday, Gracie may finally be on the verge of a breakthrough in his fighting career nearly six years after his pro MMA debut. And even though he’s only had five pro bouts, the men he’s faced (Lawal, Trevor Prangley, Kevin Randleman, Yuki Kondo, Ron Waterman) have all been big names, and not the usual cannon fodder tossed at hot prospects on the way up the ranks. He admits that his road wasn’t always the easiest one.

“It does make it more difficult, but I think because I had such good success in my jiu-jitsu career and because I came from a very famous family – my family pretty much started it all - I think that put a lot of pressure on other people when they faced me. I won’t get in my third fight someone who’s just starting, so it’s even harder to get some fights for me in that aspect, so I end up having to fight big names and big guys. But in a way, I don’t see myself as a beginner. I’ve been fighting since I was a small kid and it’s different styles, but a fight is a fight for me.”

That’s the kind of response you expect from someone who comes from the first family of not only jiu-jitsu, but mixed martial arts. But how does a young man grow up in that revered clan and not feel the pressure of BEING a Gracie? As Roger explains, there are expectations, but most of them come from outside the family.

“I think everybody expects a lot from somebody that has the Gracie name just for the fact that he has the last name,” he said. “You’re already expected to be a great jiu-jitsu player, to be a great fighter. I think that kind of pressure sometimes comes more from people outside the family. Inside the family, people understand more. You have some Gracies that fight, others that are not really into this to be the best fighter in the world, and you have all kinds. It’s a massive family. But whoever’s on the outside, people think the Gracies have a secret, that everybody trains together and that they’re born with the gi. (Laughs) So there is no way that a Gracie would never fight, and everybody thinks that way. So there are massive expectations, but more from outside than inside the family. There was a point when you’re not really involved in jiu-jitsu when you’re 12 or 13 years old. You just want to hang out with your friends at the beach and play ball. You don’t really give that much attention to fighting. Of course, there’s always some training, but you’re not gonna be a professional at 13 years old, so there’s not that much pressure and you put it on the side a little bit.”

The son of Reila Gracie (the daughter of Carlos) and Mauricio Motta Gomes, Roger admits that when it came to fighting, “I never felt too much pressure,” and while he has dominated the jiu-jitsu and grappling world, tackling the best of the best in MMA remains his greatest challenge. That’s what motivates him these days, and while he isn’t someone you’ll constantly see smiling in the cage before and after fights, he is enjoying what he’s doing; just not like everybody else.

“You don’t enjoy it in the way you play with your son or you play ball,” he explains. “It’s not a relaxing enjoyment; it’s more of a challenge that I have with myself. But it can’t be something that you dislike, otherwise you’re never gonna reach anywhere. There’s gonna be a point where that mentality is gonna stop you from going any further, but it’s a challenge and a goal, and something in my mind that I have to do. I have to go and I have to win, and that’s what drives me. People can say that they love fighting, but they wouldn’t fight every single day of their life. I love fighting, I love the challenge, but it takes a mental stage for you to reach that peak and you can only do that a couple times a year.”

On Saturday, one of those times is here, as a Gracie returns to Strikeforce.