Bektic Returning With A New Mindset

Mirsad Bektic believes that UFC 247 is perfect opportunity for him to get back to his winning ways.
By E. Spencer Kyte, on Twitter @SpencerKyte • Feb. 3, 2020

As Mirsad Bektic readies to begin his 2020 campaign with a showdown against streaking featherweight Dan Ige on the main card of Saturday night’s UFC 247 pay-per-view fight card at Toyota Center in Houston, Texas, he does so with a very different mindset than the one that propelled him into the cage throughout the early days of his career.

“I feel very fortunate to be able to be an athlete, but I only really started to appreciate the ability to do this as a lifestyle,” admitted the 28-year-old, who suffered a first-round knockout loss to Josh Emmett in July, his lone appearance of 2019. “I treated every fight as a title fight and that can become very overwhelming.”

At the end of last month, Bektic posted series of pictures on his Instagram account — one from each of his eight previous UFC appearances — with a quote from American novelist Ursula K. Le Guin reading, “It is good to have an end to journey toward, but it is the journey that matters in the end.”

It is a perfect encapsulation of the shift in mindset the featherweight mainstay has experienced between arriving on the scene in April 2014 and making the walk to the Octagon for the ninth time this weekend in Houston.

Bektic is one of those fighters those who cover the sport of mixed martial arts heard about long before he reached the UFC, and the buzz surrounding the Bosnian-born competitor was different than the usual “you’ve got to watch out for my guy” chatter you hear about every solid prospect on the regional scene.

He tore up the Midwest circuit, earning six finishes in seven appearances over a 29-month period, and was stationed at American Top Team, the kind of place where an endorsement of a fighter’s potential carries a different kind of weight. ATT is one of the best gyms in the business and if the folks in Coconut Creek, Florida believed Bektic was on course to be a future champion, that was saying something, and it became a label that stuck with him as he joined the UFC ranks.

Four straight victories to begin his time in the Octagon only elevated those expectations, sending Bektic into 2017 with a perfect 11-0 mark, a place in the Top 10 in the featherweight division, and a maniacal focus on making good on those advanced projections and his own dreams of winning UFC gold.

Since then, Bektic has gone just 2-2, sandwiching wins over Godofredo Pepey and Ricardo Lamas between stoppage losses to teammates Darren Elkins and Emmett, prompting many to wonder aloud if the once can’t-miss prospect will ever reach the lofty heights he was forecasted to reach. 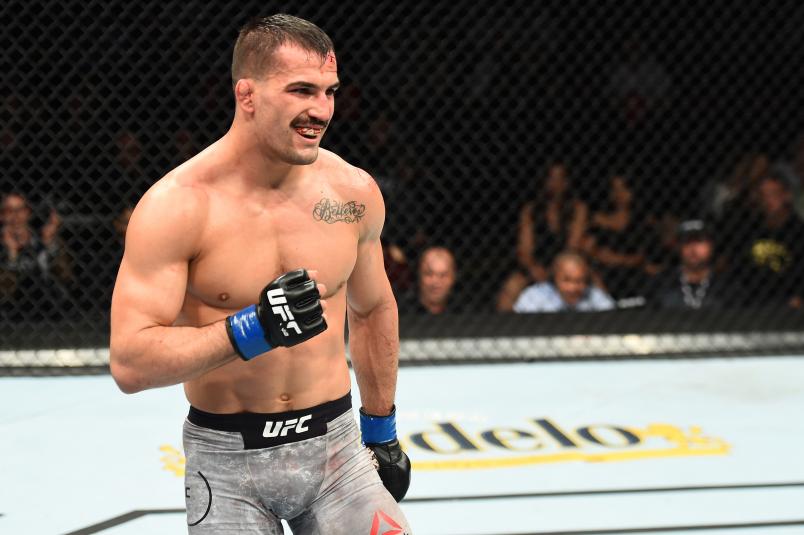 It’s not a question the soon-to-be 29-year-old troubles himself with anymore.

“The biggest takeaways are to not expect so much from myself and not to expect perfection,” he said, reflecting on an eventful three-year run that included the first two losses of his professional career, a handful of injuries, a move to Montreal, and change in approach that now has him appreciating the moments, good and bad, rather than fixating on the goals that defined the first nine years of his career in the cage.

“More than anything, it’s to let go of the expectations I have of myself to fight like a championship fighter would fight and just appreciate my capabilities of being able to perform as a professional athlete. It’s just changing the mindset from expectation to appreciation; that’s been the biggest takeaway.

“In the beginning of my career, I was ‘The Next Big Thing” and I’ve been in the Top 15 since 2014,” continued Bektic, who fell out of the rankings in the ultra-competitive 145-pound weight class for the first time in a number of years ahead of Saturday showdown with Ige. “I’m a very ritualistic, routine guy, so if I have a good practice one day, I want to carry that forward every day, and that’s not sustainable. Now it’s more about listening to my body and finding the joy and enjoyment in everything.

Though the bout with Emmett last summer in Sacramento didn’t end with Bektic getting his hand raised, the result wasn’t a surprise for the hard-nosed competitor.

He’d been making adjustments to his preparations and trying to find a formula that worked for him since being forced out of a scheduled bout with Renato Moicano at UFC 231 and while he entered the cage ready to give his all and intent on securing another victory, Bektic was also aware that things might not go his way.

“The result itself was a surprise,” he said of the bout with Emmett. “I was going in there to win, but with my preparation and how it was going, I wasn’t surprised. I was readjusting a lot of things since that Moicano fight where I got scratched off that card due to injuries. I had a toe injury and then had toe surgery, which was more extensive than the ACL surgery I had. It was a lot to come back from and it was a difficult time.

“It was definitely a growing experience,” Bektic said. “It’s not so much convincing myself that ‘I’m the best; I’m going to win,’ but rather knowing that I’m a bad dude, that I know how to fight, and I’ve been doing this for a long time. It didn’t go my way, but I still came out better in my perception of things, which is great.”

Which brings us to Houston, where he looks to get back on track in a matchup against Ige, who has rattled off four consecutive victories after dropping his promotional debut two years ago at UFC 220. 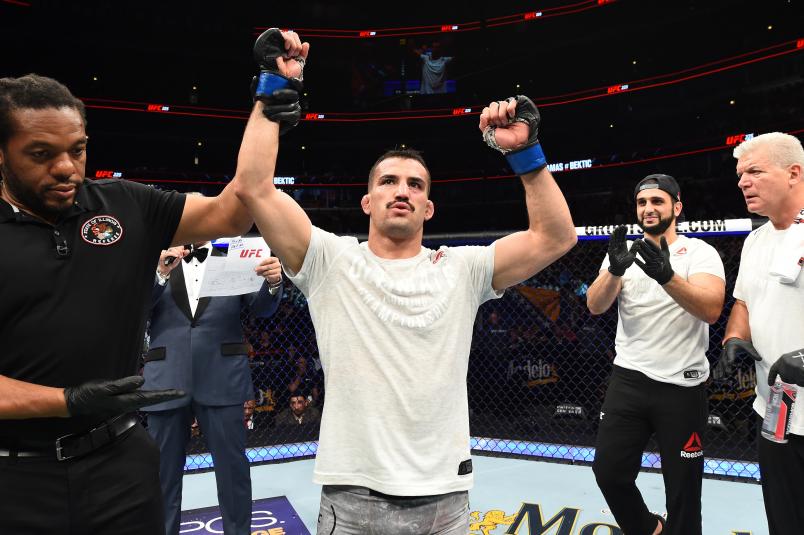 Mirsad Bektic of Bosnia celebrates after defeating Ricardo Lamas in their featherweight fight during the UFC 225 event at the United Center on June 9, 2018 in Chicago, Illinois. (Photo by Josh Hedges/Zuffa LLC via Getty Images)

It’s one of those matchups that has the potential to reveal a great deal about both combatants, but true to his new approach, Bektic isn’t worrying about proving he’s still capable of making a run towards the top of the featherweight division or silencing his skeptics.

He just wants to keep doing what he’s been doing for the last six months: enjoy the day, make the appropriate adjustments, and be better than he was the week before until he’s that much closer to mastering his craft.

“I take things on a week-by-week basis,” he said. “If I make mistakes, I’m working on them, trying to get closer and closer to perfection, and it’s a constant reassessment. I think next weekend will be the same thing I’ve been doing for the last six months — ‘How did I do last week? Cool, now let’s do better this weekend.’

“Ever since (my last fight), life has been great — I’ve enjoyed every day and I’ve been winning every day since then — and I feel like this weekend is going to just be pressing play on what I’ve been doing the last six months and throughout most of my career.”