"The lightweight division is packed with guys, and I just can’t wait to really break into this division and show the UFC and the world that I can definitely be a top competitor." - Michael Johnson 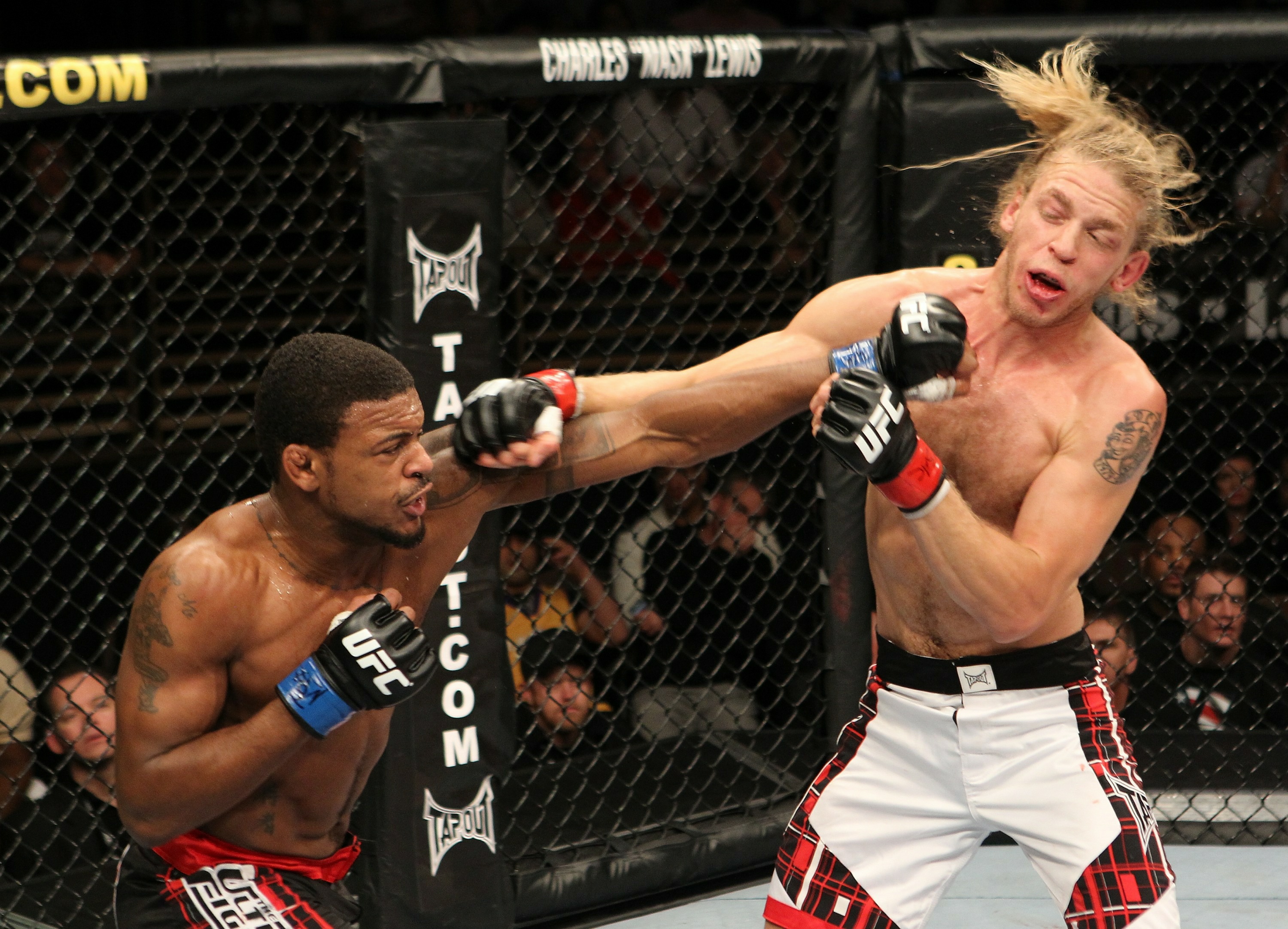 Less than 50 miles away from the notorious nightlife of Miami, Boca Raton, Florida is the current training home of some of mixed martial arts’ top contenders, guys like Rashad Evans, Anthony Johnson, Jorge Santiago, and Antonio Silva, JZ Cavalcante. Joining them is Missouri native Michael Johnson, who, at 24 years old, is the youngest and least seasoned of the group.

Normally, that would be a recipe for disaster. But Johnson doesn’t play to stereotypes. Despite being young and subject to all the same temptations his peers have, he’s in the Sunshine State on business, and he’s not about to lose sight of that.

“I can definitely stay grounded,” he said. “I’m in this sport for a goal, and that’s to be a champ, so I can easily ward off the temptation to go out and instead I get my mind focused on the fight. I think it makes you stronger mentally. You get some people that see the temptations and they can’t help it, and they go out to clubs and they want to party all the time. Plus, everybody down here helps, so as long as everybody’s down here motivating me, I can stay focused on the goal at hand, and it’s easy to stay away from the temptations.”

Initially heading to the Imperial Athletics gym to wrestle with Cavalcante, who is preparing for his Strikeforce bout this Saturday against Justin Wilcox, Johnson – who has his own bout coming up against Edward Faaloloto on the June 26th UFC on Versus card – liked what he saw there, and decided to stay.

“I came down to wrestle with JZ and help him get ready for a fight, and everything just clicked,” he said. “It was one of those things where I saw the coaches that were brought in, I saw the other fighters that were down here, and everybody was down here to help. It’s such a family environment, and it’s Florida, so why not make the move? I just decided to run with it and it’s working out for me.”

What may even be more important than the work he gets in the gym is the knowledge he picks up outside of it. Approaching just his second fight in the Octagon, Johnson is still a work in progress when it comes to dealing with life on the big stage that the UFC provides. Sure, he got a crash course in the bright lights from his time on The Ultimate Fighter’s 12th season, but fighters like Evans, Rumble Johnson, and Santiago know better than most what it takes to survive in the UFC. And that advice is as welcome as an escape to a triangle choke.

“I get advice from those guys and I can take so much more from them being a young fighter in this game and trying to get to the level that they are,” said Johnson. “The way they carry themselves, the way they take training and everything, I just try to mirror those steps. Rashad has been a world champ and he’ll be a world champ again, Anthony’s working his way up to be a world champ, and Jorge as well, so just to be around those guys makes me a better fighter.”

He’s already proven himself to have the raw talent to succeed. It’s those rough edges that need to be smoothed out, and that was never more evident than in his TUF12 finale bout against Jonathan Brookins last December.

For five minutes, he was brilliant, rocking Brookins on a number of occasions and looking like he was about to score a spectacular knockout win. He wasn’t the only one who thought that, and while it wasn’t a 10-8 round, it was probably as close as you were going to get to one without pulling the trigger.

As Johnson walked back to his corner, he thought just one thing:

“How the hell is he still in this?”

“The Menace” wasn’t discouraged though. He figured he would just keep on doing what he did in the first round, close the show, and walk off with a UFC contract and a trophy for the mantelpiece.

“The second round came and I said, ‘well, we’ll just have to do it all over again for another five minutes,’” he said. “And I kinda got caught up in that, got taken down and things could have gone differently, but I’m working on all those weaknesses that happened in that fight.”

The weaknesses showed when the veteran took Johnson off his feet and kept him there throughout rounds two and three. It was a stirring comeback for Brookins, who took a three round unanimous decision win and the TUF12 title, and a disappointing loss for Johnson, who nonetheless refused to dwell on the defeat. Instead, it was back to the gym to sew up the holes in his game.

“You just go back to the drawing board and work on the things that happened in that fight that caused me to lose, and that’s getting off my back and really buckling down and working on my takedown defense and jiu-jitsu and grappling, all day every day,” he said. “That’s what it’s been since December and I’ve definitely improved in those aspects of the game.”

As for dealing with the rest of the things that can take a young fighter underwater and drown him, like the first time UFC jitters, Johnson passed with flying colors.

“I’m the type of fighter that feeds off that energy,” he said. “I loved going in there with all eyes on me and Jonathan in the middle of the cage, with the lights flashing and the cameras out. I love fighting in that environment and that’s exactly what I feed off of.”

On June 26th, he gets to do it again in Pittsburgh, and while there’s not a lot of footage on Hawaii’s Faaloloto outside of his WEC loss to Anthony Njokuani, Johnson has worn out the tape watching that bout and preparing for this pivotal step in his young career.

“It’s definitely hard to get a read on him, but I’ve watched that (Njokuani) fight over and over again,” he said. “That fight was in November, and I don’t know if he’s changed as a fighter or not, but as long as I stay focused on my game and what I need to do to win that fight, I think everything will be fine.”

And that’s what life is in South Florida for Michael Johnson. No parties, no late nights, no club hopping. It’s about taking things further than he has before and beating his toughest opponent every day.

“I’m in this game to get better,” he said. “I’m not looking over Edward, but I’m planning on going in there and getting a win, and after that, turn around and fight again. I would love to get in three fights before this year is over with. The lightweight division is packed with guys, and I just can’t wait to really break into this division and show the UFC and the world that I can definitely be a top competitor. So the rest of this year is just about me getting better and trying to beat the Michael Johnson that was in the gym yesterday.”