Miranda Maverick Is Ready To Bounce Back

Dangerous Flyweight Keeps Her Expectations High Ahead Of Saturday's Bout With Sabrina Mazo
By Zac Pacleb, on Twitter: @ZacPacleb • Mar. 11, 2022

Miranda Maverick has experienced about as much as someone can through four UFC fights. She skyrocketed to the rankings after coming away victorious in her first pair of UFC fights – a stoppage win over Liana Jojua and a surprisingly dominant decision over Gillian Robertson – and landed in the flyweight rankings. Then came a narrow split decision loss to Maycee Barber that some, including Maverick, felt should’ve gone the other way. After dropping a second fight to fellow prospect Erin Blanchfield, Maverick was suddenly on a two-fight skid with a .500-record in the Octagon.

Fast forward to February, and Maverick was itching for a fight. For the past couple months, she was training like she had one booked, too. So, when an opportunity came up to fight Sabina Mazo on two weeks’ notice at UFC Fight Night: Santos vs Ankalaev, she leapt at the opportunity.

“I feel like I should be further than I am,” Maverick told UFC.com. “I’ve had setbacks that’ve held me back. There are other people that have made it farther than me at a younger age, and I don’t like that. I see it as a competition. I see everything as a competition, and by doing that, it always pushes myself and holds my expectations high enough that I’m always reaching for something.” 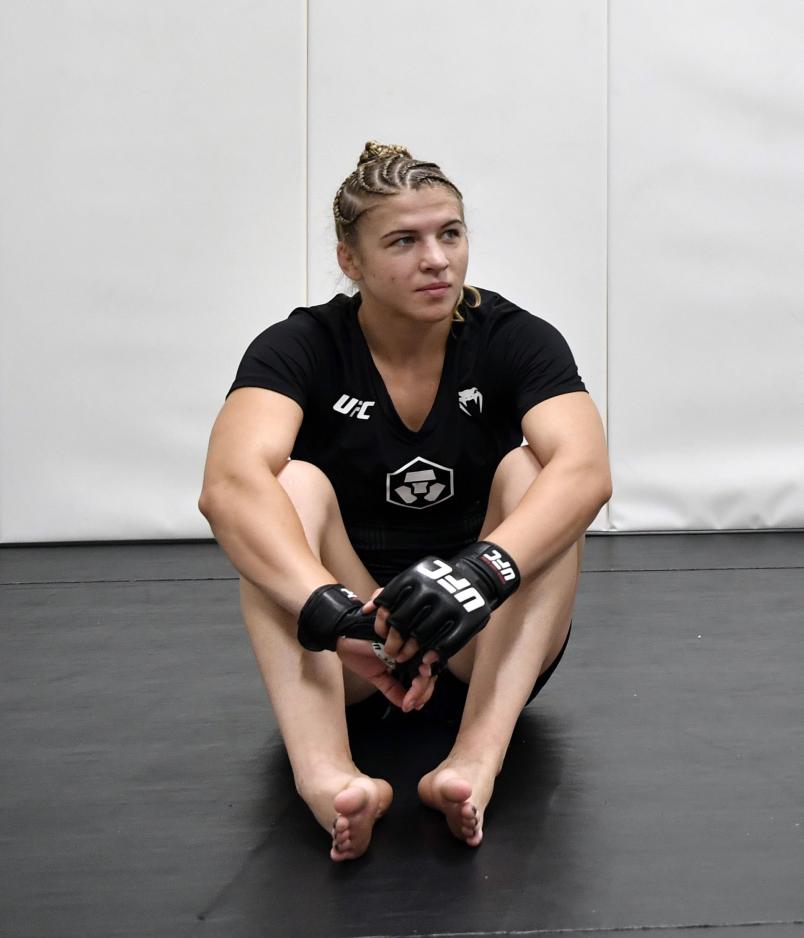 At 24 years old, Maverick is part of a wave of promising talent rising in the division, but there’s a difference between being a part and leading that pack of fresh faces. That’s why the loss to Blanchfield was particularly frustrating for Maverick.

Primarily priding herself on her grappling abilities, Maverick was just a step behind Blanchfield in their fight at UFC 269. Maverick fell behind in the first round, and her disappointment in that was palpable and visible throughout the rest of the contest.

“I think it got in my head,” she said. “It got me a little mentally down after the first round that I had just been held down. There’s a difference when you’re standing and you just need to up the pace or dig deep. I can dig deep. I’m tough. I’m a good fighter in that sense and have Fight IQ, but when I’m on the ground just being held there and can’t get up, it changes the game and starts just wearing you down mentally.”

As with any young fighter, development has to come not only from a physical and technical point, but also from a mental front, as well. Maverick knew she couldn’t get so caught up in a subpar first round that it impacts the rest of her fight, so, in training, she and her team in Denver, Colorado, focused on that bounce-back ability after a tough round. She touts her faith as part of the reason why she feels confident in letting go of any anxieties and just performing to the best of her abilities.

Because she is so composed, it’s a little easy to forget Maverick is just 24 years old. Granted, she has been a pro since she was 18, so there’s even a little bit of an odd dichotomy for her. 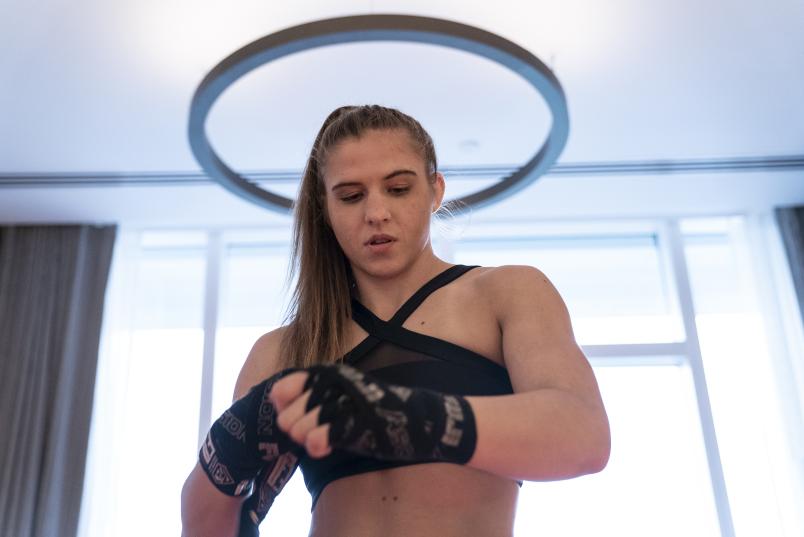 “To me, age doesn’t really matter,” Maverick said. “I started out young, and my entire career, it’s been like, ‘Oh, you’re so young. You’ve gotten here so fast,’ but the reality is it’s a short timeframe that we’re able to fight in our lives, and they always joke that there’s fight years, not just age years. Add on however many fights you have to your age, and that’s how you feel. That’s the joke, but, to me, I feel like I have been in the game a long time.”

According to that logic, Maverick is 37-going-on-38 with a tough test ahead in Mazo, who is also 24 years of age (36 if you’re going by the age-plus-fights formula) and coming off back-to-back losses, as well.

Maverick likes the matchup because she believes she has more ways to win than Mazo, who mostly identifies as a striker with a heavy kicking game. She hopes to really mix things up and show the improvements she feels she made in camp against Mazo, essentially showcasing the “most well-rounded” version of herself yet. In terms of how Maverick views this opportunity, there’s a clear sense of urgency – not only to stop her losing skid, but to get back to the Top 15.

“I got there after a fight in the UFC,” she said. “I plan on coming back to that. I had a tough decision loss I dropped to Maycee Barber, which was very controversial, and this Erin Blanchfield one, I did lose, and I’m fully aware of that.

“I’m ready to bounce back from that and get back in those rankings. There are so many young girls up-and-coming, and I’m one of them that will be a future contender.”