Miocic More Than Ready For the Chance of a Lifetime 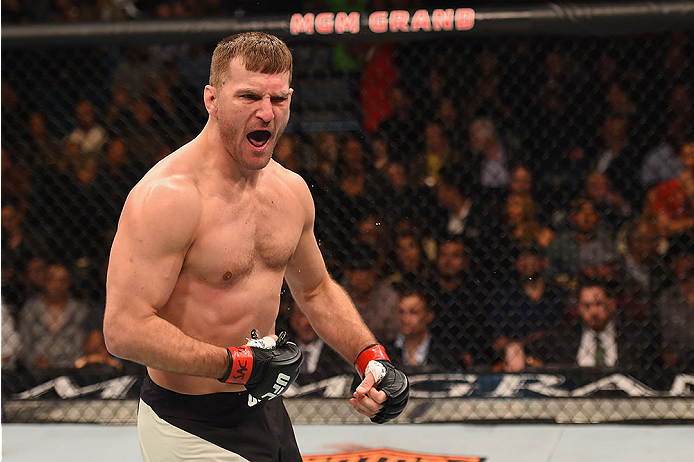 Like most sports fans, Stipe Miocic was sitting back and enjoying the Denver Broncos-New England Patriots game on Sunday afternoon when UFC President Dana White called.

White, a longtime Pats fan, wasn’t calling about the game though. He had an offer Miocic had been waiting to hear for a long time.

“Dana called me and said ‘hey, Cain (Velasquez) is out; do you want to step in? Have you been training?’” Miocic said Sunday evening, shortly after his life changed considerably. “I said yeah and that I’d call him right back. I called my coach (Marcus Marinelli), he said ‘let’s do it,’ and I called back and said I’m in.”

Miocic chuckles, perhaps amazed that within those three conversations, he went from the number two-ranked heavyweight in the world to a man fighting Fabricio Werdum for the UFC title on Feb. 6. To some, that might be a daunting task, but Miocic, who has stayed in the gym since his 54-second blitz of Andrei Arlovski on Jan. 2, isn’t concerned at all about the less than two weeks’ notice

The win over Arlovski was his fifth in his last six bouts, after victories over Roy Nelson, Gabriel Gonzaga, Fabio Maldonado and Mark Hunt propelled the 33-year-old Ohio native to the top of the division. The Arlovski knockout was the statement-maker though, and it sets up an intriguing clash with Werdum, who is showing the best form of his career, having come off a June 2015 victory over Velasquez that netted him the undisputed crown.


“He’s a tough guy,” Miocic said of Werdum. “He’s the champ, he’s beaten all the best guys in the world, and he’s good on the ground and gets better every fight. But he hasn’t seen anything like me yet.”

Miocic’s confidence has been riding high for a long time now, and at the MGM Grand Garden Arena in Las Vegas on Feb. 6, he gets his opportunity to let the world know that he’s championship material.

“I’m super excited that I get my chance and I’ll show everyone that I deserve that chance when I bring that belt back home to Cleveland.”