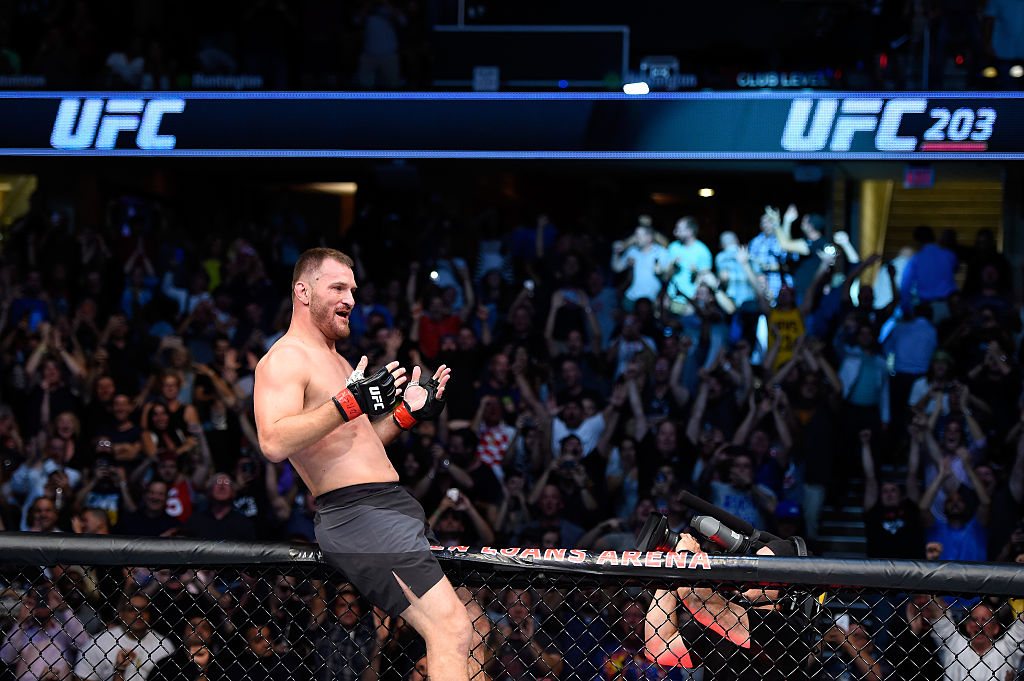 Cleveland rocked Saturday night, as its favorite fighting son, Stipe Miocic, successfully defended his UFC heavyweight championship for the first time, knocking out Alistair Overeem in the first round of the UFC 203 main event at Quicken Loans Arena.

“He’s a tough guy, he’s a veteran, he’s fought the best in the world,” Miocic said. “But I told you I’m going to keep this belt for a long time.”

He took some knocks on the way to victory though, with the result being an action-packed round that sent the Cleveland crowd through a host of emotional highs and lows.

Overeem began the fight by moving laterally around the Octagon, refusing to give Miocic a chance to set up with his strikes. But as soon as the second minute began, a quick left to the jaw dropped Miocic. As Overeem moved in for the finish, he sunk in a guillotine choke, but Miocic escaped and went on the attack as Overeem literally ran from him. With the initial rush over, the bout settled into a more sedate pace that was broken by a heated exchange won by Miocic, and suddenly the tide had turned as Miocic began landing with flush power shots. With two minutes remaining, Overeem got his bearings back and rocked Miocic briefly, but it was still Miocic pressing the action and scoring points. This wasn’t going to be a points scoring bout though, and as the bout strayed to the mat in the final minute, Miocic got in the top position and rained down bombs, knocking Overeem out. The official time of referee Marc Goddard’s stoppage was 4:27 of round one.

“Stipe was the better man today,” the Netherlands product said. “He’s a great athlete, he’s tough, he always comes to fight. There’s one thing I can say about the fight; I believe when I punched him and he went down, I followed him, I got him in a guillotine choke and I clearly felt the tap. The ref didn’t see it, he didn’t jump in, so the fight continued. But in my opinion, he tapped, and that’s a bummer.”