LAS VEGAS, July 6 – Corey Anderson came into his Ultimate Fighter season 19 light heavyweight final match against Matt Van Buren with the nickname “Beastin 25/8.” When Sunday’s bout was over, there was no disputing that moniker, as Anderson tore through his opponent en route to a first-round TKO victory at the Mandalay Bay Events Center

Known for his wrestling, it was Anderson’s striking that was on full display as he hurt Van Buren early and often with thudding shots that “Gutter” never recovered from. At the 1:01 mark, after a barrage of unanswered ground strikes, referee Mario Yamasaki halted the bout.

Eddie Gordon made a statement to the 185-pound division in his TUF 19 middleweight final, blasting out Team Edgar squadmate Dhiego Lima in 71 seconds.

Looking for the finish from the start, the bigger Gordon imposed his will on Lima, who normally 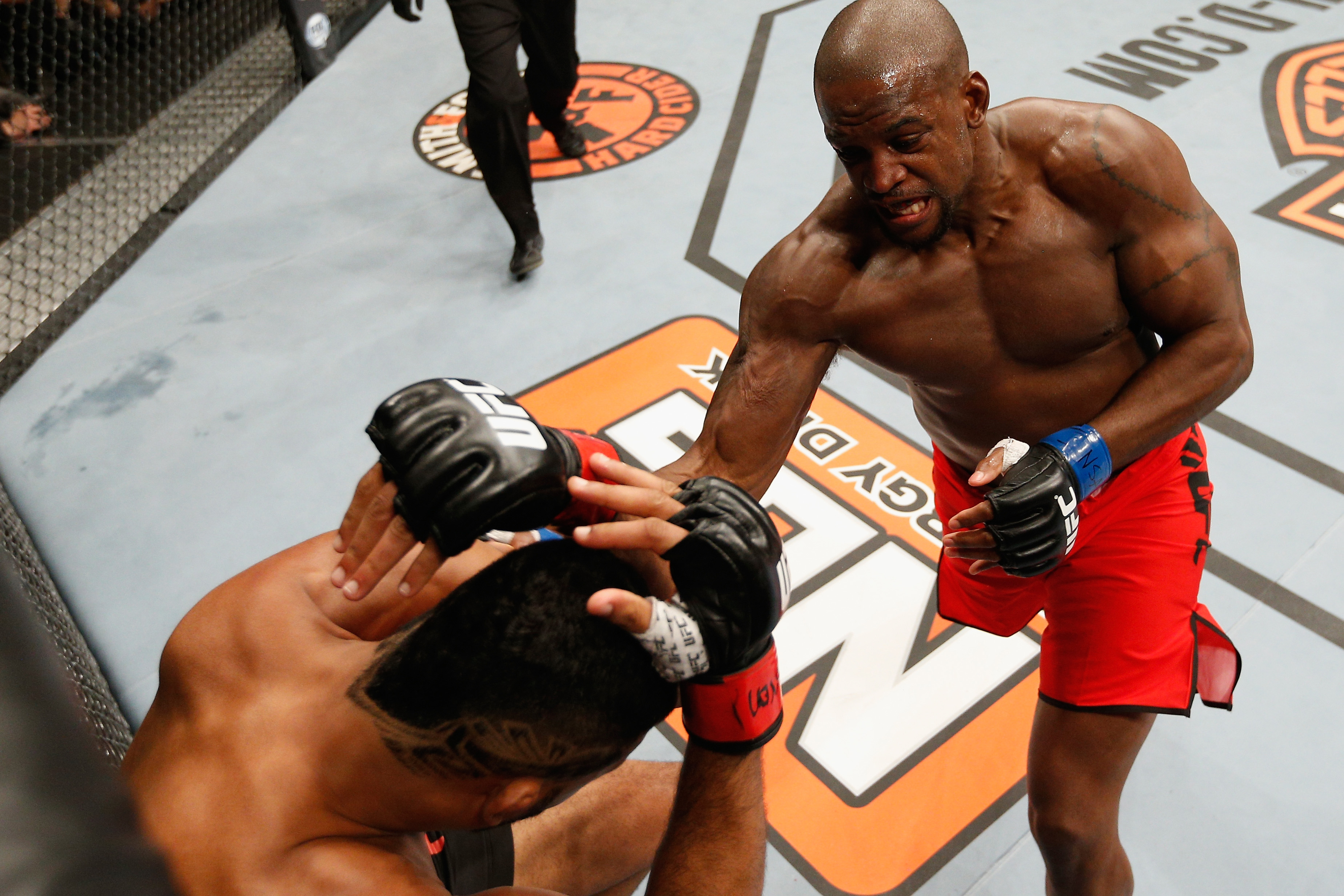 competes in the welterweight division, and a series of right hands put Lima in serious trouble. As the Brazilian fell to the mat, the Long Islanded kept the heat on, with a barrage of unanswered strikes forcing Yves Lavigne to stop the bout at the 1:11 mark of the first round.

Heavyweight prospect Derrick Lewis made it two for two with two knockouts in the UFC, halting Brazil’s Guto Inocente in the first round.

The action was slow in the early going, but Lewis did his best to press matters on the feet and in the clinch, with Inocente simply content to try and counter. Eventually, the two sprawled to the mat, with Inocente finally landing some solid upkicks. But once Lewis got past his foe’s legs, he was within striking distance and he landed a series of hard rights that knocked Inocente out, bringing in referee Herb Dean to stop the bout at the 3:30 mark.

Flyweight contender Dustin Ortiz bounced back from a near submission by Justin Scoggins in the first round to win a split decision that showed off both fighters’ excellent ground attacks.

The bout went to the mat quickly, and while Ortiz was on top, he quickly found out that it was a place where he didn’t want to be, as Scoggins nearly submitted him with an armbar. Ortiz fought 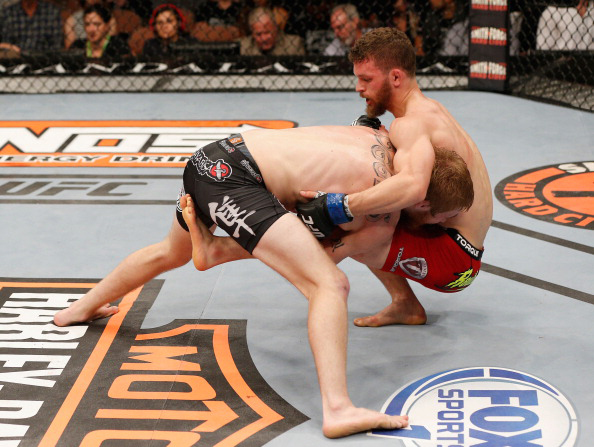 off the submission and the two rose, but Scoggins dished out some more punishment against the fence until the bout again went to the fence, this time with Ortiz getting the takedown. After battling it out at close range, Scoggins went for a guillotine choke but Ortiz easily escaped, leaving the two to keep the scrap going until the horn intervened.

The fast-paced grappling war continued into round two, with Ortiz taking an early edge from the top position while Scoggins refused to let his foe improve his position. And while Scoggins tried to get the space to work for a submission, Ortiz controlled his opponent and the round.

Scoggins and Ortiz traded on the feet for the first minute and a half, with Ortiz landing the harder shots. Scoggins was able to secure the takedown, but the scrambles continued, with Ortiz getting back to his feet. With less than two minutes left, Ortiz made a slick transition into a takedown, garnering a nice response from the crowd in the process, and it was the perfect finish to a solid effort for the Roufusport product.