Adam Milstead is healthy and ready to increase his workload heading into 2019.
By Thomas Gerbasi • Dec. 12, 2018

When Adam Milstead steps into the Octagon to face Mike Rodriguez this Saturday, it will be the first time he’s fought twice in one year since 2015. That’s a big deal for the finally healthy light heavyweight power hitter, who wants to up that work rate in 2019. 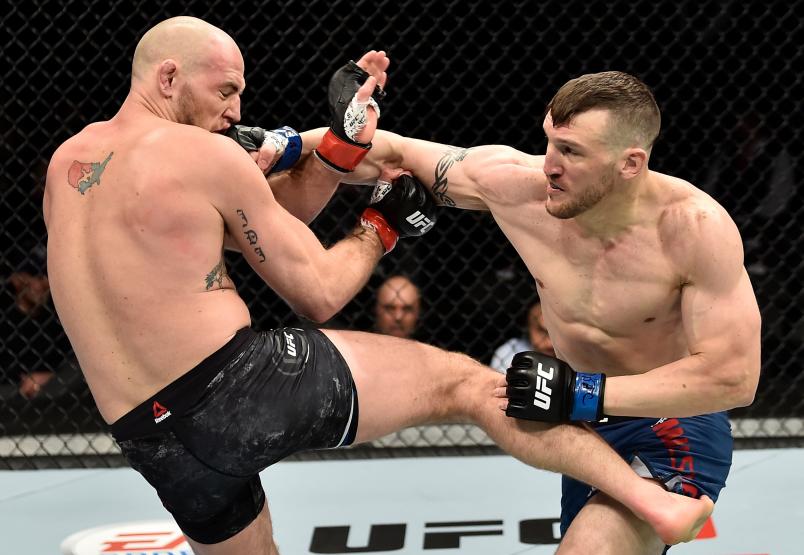 “My goal is to fight as much as I can and obviously win and move up the ranks,” he said. “I’m 31 years old, I’ve gotta get moving on this thing.”

It’s not an easy life at the highest level of the sport, especially for someone like Milstead, who also juggles a job as a pipeline technician and a budding music career with his work as a prizefighter. There are sacrifices made daily, all in the hope of everything clicking when it matters on fight night. So how does Milstead pull it off?

“Sheer will,” he said. “Growing up poor, you get sick and tired of living the way that you do, and the only thing you have in your mind is being successful and making it one day, and not having to come home to a motel or someone else’s house or eviction notices. That was my whole childhood growing up, so at a young age I got this idea in my head that I’m gonna make it in something, and I just gotta keep going. I’m in the UFC and I’m right there. I just gotta find my shots and I’ve gotta take them soon.”

The next shot is against Rodriguez, a graduate of Dana White’s Tuesday Night Contender Series who is seeking his first Octagon victory this weekend. Like Milstead, he’s always got his eye on a knockout, setting the stage for a potential Fight of the Night scrap in Milwaukee. Milstead is all-in for such a battle, even if he didn’t know what was in store for him when he accepted the bout.

“I was so eager to fight, that as soon as my manager brought up his name I hadn’t heard much about him and I didn’t even look him up. I just said, ‘All right, set it up.’ Later that day, I thought, ‘Maybe we should see what he’s all about.’ (Laughs) I found out that he’s a striker, a Muay Thai guy, and this was perfect. I’m definitely looking forward to fighting this guy.”

It is a pleasant switch for the Pittsburgh product, who was matched up with wrestlers Curtis Blaydes and Jordan Johnson in his last two bouts. The Blaydes bout resulted in a no contest and a knee injury, while the Johnson fight saw Milstead drop a close split decision. And though the Johnson bout saw his UFC record fall to 1-1, 1 NC, in his light heavyweight debut, “The Prototype” apparently found home. 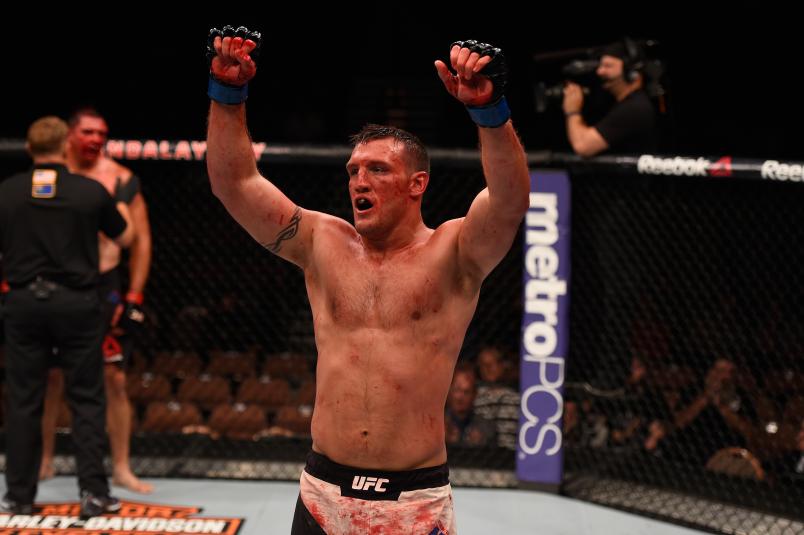 “I feel much faster,” he said of the drop from heavyweight to 205 pounds. “I have just as much strength, but at the same time I have the ability to move much quicker. When I got to light heavyweight I didn’t know how I was gonna feel. But I feel like I’ve got more cardio and more agility, so 205 is definitely a fun weight class for me.”

That fun will be taken to a new level should Milstead get his second UFC victory this weekend, but no matter what happens, his aim is clear when it comes to what he wants to leave for the folks tuning in.

“I want people to watch me fight,” he said. “I want people to look at Adam Milstead on a card and say, that dude throws down. That guy is coming in and he’s not fighting just for money, he’s not fighting just for a win; he’s fighting for everybody who’s putting their ass in a seat to watch a good, hard fight. That’s what I’m about, and I hope that, by now, people can recognize that.”