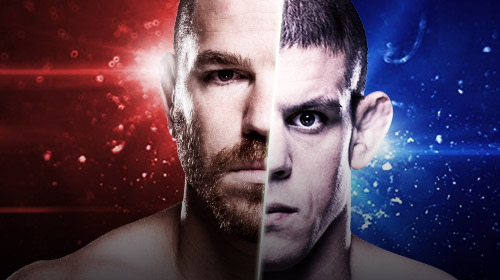 UFC.com's Fight of the Year for 2012 will get an encore on Saturday, August 27, when Jim Miller and Joe Lauzon lock horns once again, this time at Rogers Arena in Vancouver, British Columbia, Canada.

Tickets for the UFC Fight Night event, which also features a featherweight showdown between Anthony Pettis and Charles Oliveira and the return of Paige VanZant against Bec Rawlings, go on sale on July 22.
Tickets go on sale Friday, July 22 for Fight Night Vancouver | Fight card

Ending 2012 on a high note, Jim Miller showed off some of the best standup of his career against Joe Lauzon at UFC 155 on December 29. As he did, most believed there was no way Lauzon, the bonus king from Massachusetts, could possibly continue. But continue he did, and over the next two rounds, he and Miller engaged in a back and forth battle that didn’t just display top-notch technical skills, but the things you can’t quantify on paper – heart, guts, desire, determination. Miller’s hand was rightfully raised at the end, but Lauzon was no loser here.

This August, with Miller coming off a stoppage of Takanori Gomi at UFC 200 and Lauzon scoring a knockout of Diego  Sanchez on the same card, two of the top lightweights of this era collide for a second time.

Click here to view Face/Off: Miller/Lauzon, which includes their classic UFC 155 bout
Save
Save