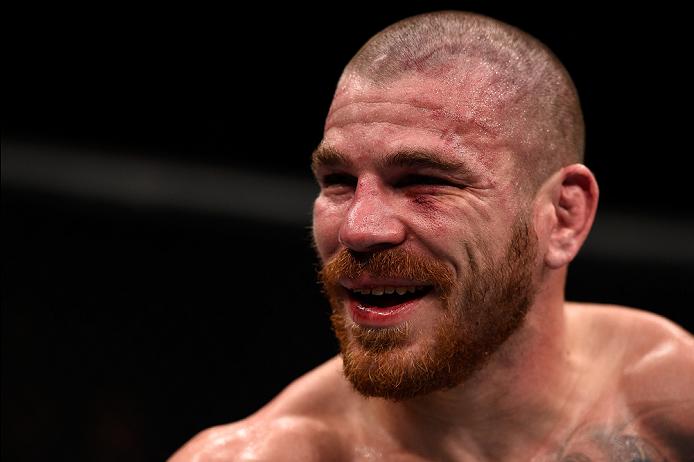 Taking place almost a decade ago, on October 18, 2008, in Birmingham, England, UFC 89 was headlined by Michael Bisping defeating Chris Leben via a unanimous decision.
Bisping would go on to post a 29-fight UFC career before retiring in May of 2018. The Count’s benchmark of 29 fights would stand as the most UFC fights ever by one man.
Until Saturday (September 8, 2018).
The man about to surpass Bisping’s incredible benchmark of 29 bouts in the UFC, is a man who made his UFC debut at UFC 89.
Hours before Bisping’s hand was raised, Jim Miller got his first taste of the UFC with a rear-naked choke victory over veteran David Baron. In less than a decade, Miller has overtaken the record it took Bisping 12years to set.
Although Miller’s introduction to the UFC came by way of rear-naked choke, only one other win would come in the same fashion. With a professional record of 28-12 and a UFC record of 17-11-1, Miller has seen and done it all.

HISTORY on #UFCFIGHTPASS this Saturday when @JimMiller_155 enters the Octagon for the 30th time and passes the legend @bisping to become the first ever to 30 @UFC fights! #UFC228 #BadMoonRising

Miller’s kneebar victory over Charles Oliveira would land him a Submission of the Night bonus at December 2010’s UFC 124. Miller left no fighter on the card a chance to outshine his thrilling unanimous decision victory over Joe Lauzon at UFC 155 two years later, earning him his second Fight of the Night honor of his UFC career. Miller has even managed to avoid losing a fight he initially lost - a rear-naked choke loss to Pat Healy at UFC 159 was declared a no-contest after Healy tested positive for marijuana.
Not only has the New Jersey born Miller seen nearly all fathomable outcomes in the Octagon but he has also rubbed shoulders with every a who’s who of his era. Miller has gone toe-to-toe with everybody from Cowboy Cerrone to Nate Diaz, and Benson Henderson to Anthony Pettis.
Win, lose or draw, on September 8, Miller, now aged 35, will be standing in the Octagon for a 30th time. He will always be the fighter who reached that milestone first, no matter how many others follow in his footsteps in the years to come (Jeremy Stephens is still active after 29 UFC bouts, and Cerrone will reach the 29 mark himself this November). 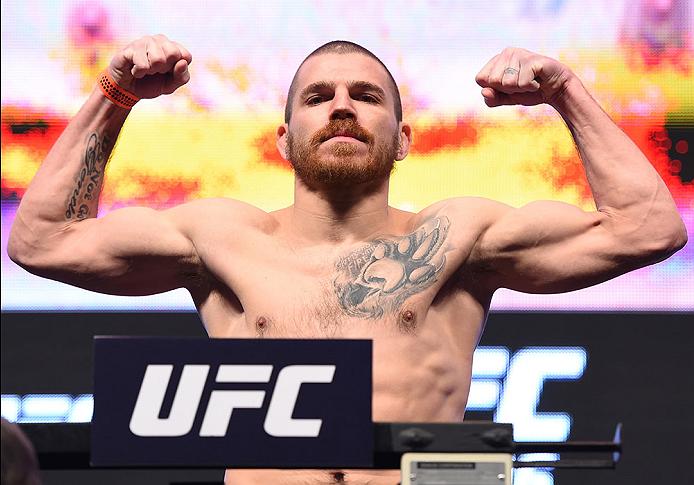 Just before opening up the historic UFC 200 card two summers ago in Las Vegas, Miller found out he was suffering from Lyme Disease, a condition resulting from a bug bite which can lead to fatigue and painful headaches. Despite knocking out Japanese MMA icon Takanori Gomi in one round, Miller feared the disease would result in his retirement.
Instead, he went on to win three fights in just over four months.
Since Miller’s start in the UFC almost 10 years ago nobody can take away the energy and passion Miller has put into the UFC. On September 8, when he steps into the Octagon he knows all too well, opponent Alex White can bring knees, elbows, chokes, fists, knee bars, and anything else but should remember one thing, Miller has seen 29 others just like him.
Something nobody else in the UFC’s 25-year history can say.
Watch Miller vs White exclusively live on UFC FIGHT PASS.