Despite having to put on weight to make his fight with Thiago Alves happen, veteran Jim Miller continued his resurgence at Madison Square Garden Saturday night, winning his third straight via unanimous decision in a UFC 205 prelim bout.

The bout was held at a 163-pound catchweight after Alves weighed in at 162.6 pounds for the lightweight bout. Miller had to rehydrate on weigh-in day to be within five pounds of his opponent.

Miller had a good opening round on the feet and the mat, as his punches were sharp in the early going, keeping Alves from establishing a rhythm. After a spell on the mat controlled by Miller, Alves began to get more aggressive, but he didn’t land anything significant.

The Sparta native kept with what was working in rounds two and three, mixing straight punches with workmanlike groundwork, and though Alves was far from out of the fight, as he scored with enough blows in the standup exchanges to keep the fight close, this was Miller’s night. 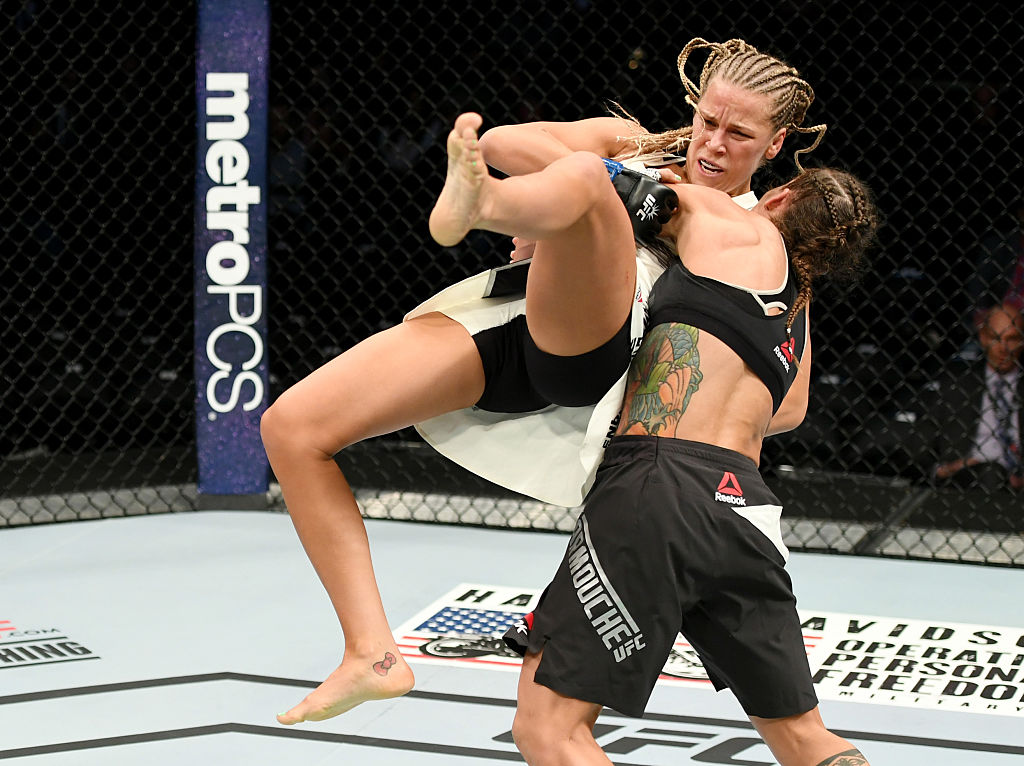 Back in action for the first time since April of 2015, former bantamweight challenger Liz Carmouche outlasted Katlyn Chookagian, handing the New Jersey prospect her first pro defeat via split decision.

Kenilworth’s Chookagian had some success early on, but once Carmouche was able to close the distance and get her foe to the mat, she took control, with two takedowns and good clinch work keeping Chookagian on the defensive.

Carmouche kept the heat on in the second, with a thudding slam igniting the crowd. But after a stalemate on the mat, Chookagian began to find her rhythm with her strikes in the final minute, and early in the third, a right kick to the head nearly ended the bout. With the complexion of the fight now changed, Chookagian went on the attack, but Carmouche was able to slow her momentum with a takedown. Midway through the final frame, Chookagian rose and again stalked the bloodied Carmouche, but the former world title challenger kept her at bay and finished strong.