Undefeated Fortis MMA Prospect Ready To Put On A Show In Houston
By Thomas Gerbasi, on Twitter: @TGerbasi • Feb. 5, 2020

Miles Johns laughs when describing his trips to the Fortis MMA gym in Dallas as “a mix of emotions.”

Sure, he’s with his teammates and coaches in a family-like atmosphere, but he will be getting punched and kicked by some of the best fighters in the world, as well. And that can be a little intimidating.

“I’m so grateful to be where I’m at and so grateful to have the coach in Sayif Saud and the teammates that I have,” Johns said. “But yeah, on sparring days when you have to do your rounds, you feel like it’s fight day. Everything I do that day as if it was an actual fight day, and driving there I feel those nerves. That’s what prepares us for fight night, though, and it’s great.” 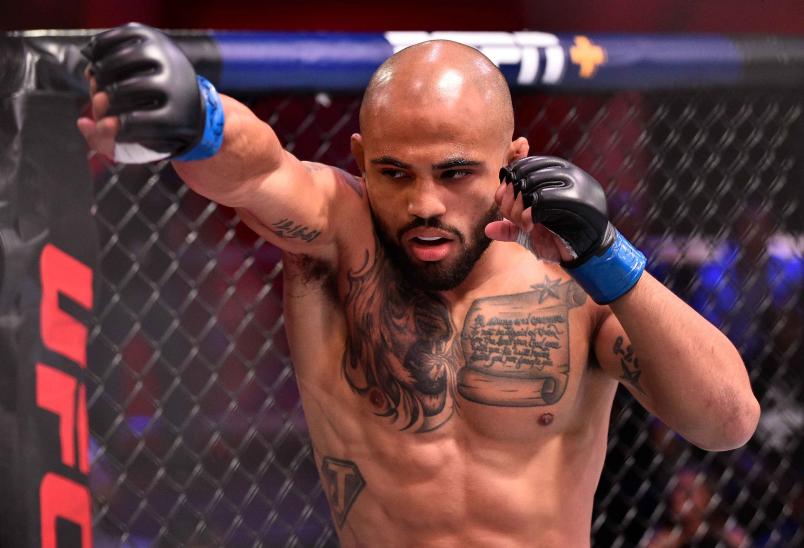 And whatever cliché you want to use, from “steel sharpens steel” to “the more you sweat, the less you bleed,” Johns knows that after leaving Dallas for Houston and this weekend’s fight against Mario Bautista, he’s ready.

“I’m confident,” said the bantamweight prospect. “Especially when I see our guys following the regimen that we’re doing and going out and performing the way they are. So when we see it working, that builds confidence in the process and then you’ve just got to trust yourself. When you put the hard work in, you don’t fear the result or the risk. You go out there and do what you can and try to make it go your way.”

Through ten pro fights, the 25-year-old Johns had made it go his way, winning each bout. That perfect streak includes a win on Dana White’s Contender Series last June, and when he made his UFC debut three months later, he kept on rolling with a decision victory over Canadian prospect Cole Smith. Now he’s in with another up and comer in Bautista, and you have to wonder, is “Chapo” requesting these fights against his fellow rising stars? 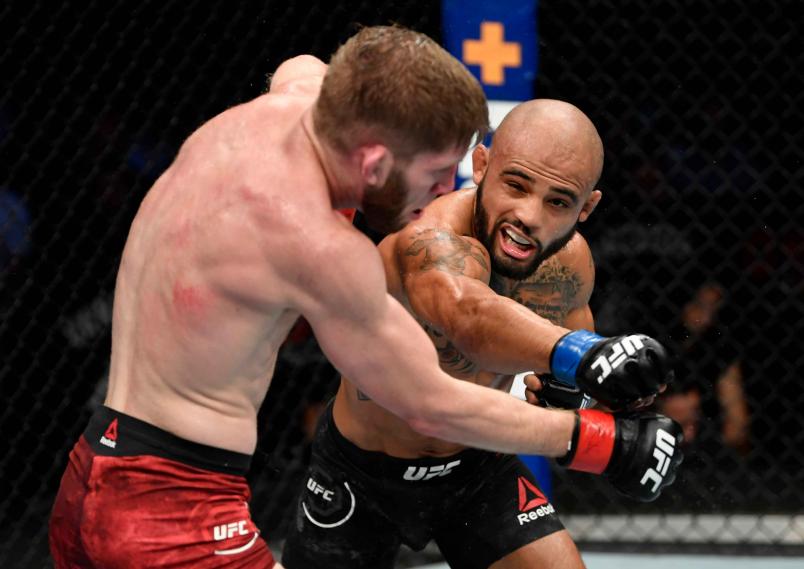 Vs Cole Smith In Vancouver, 2019 (Photo by Jeff Bottari/Zuffa LLC)

“I don’t want to say I called them out because I don’t have a problem with either one of the guys,” Johns said. “I’ve got a lot of respect for them, actually, but I’m in this game to become a champion and I want to fight the best competition, so when I see these prospects come and I see them put on good fights and show up, those are the guys who I need to get in there with if I really want to gain the experience and let people know who I am.”

It’s a confidence that comes from training with the killers at Fortis MMA, but it’s also something in the Kansas native’s DNA ever since he remembers.

“My entire life, I’ve thrived on competing at the highest level,” Johns said. “When I was growing up wrestling, my parents took me all around the world to face the very best competition that I could, and that’s what I love to do. I’m not here to fake it; I’m here to compete with the best. If I can’t compete with the best, then what am I doing? I’m not saying I need to be plopped right into a title fight right now, but when the time comes and I’ve got to face a top 15 or top 10 contender, I want to be ready, I want to be prepared and I want to know that I’ve taken out some monsters in that process.”

And truth be told, Johns wouldn’t turn down a title shot if it did fall in his lap.